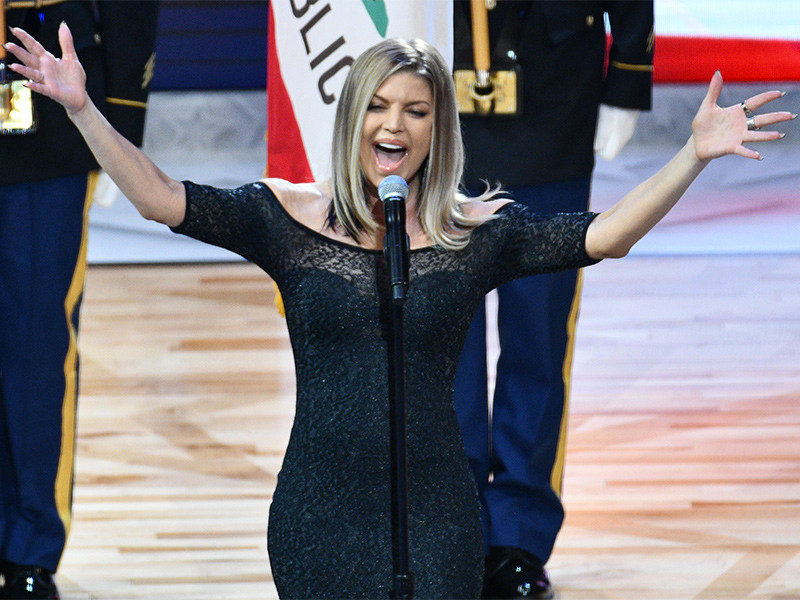 Los Angeles, CA – Past national anthem performances from the likes Whitney Houston and Jennifer Hudson have been known to bring people to tears, but a recent performance the song by Fergie brought the masses to tears in a whole ‘nother way.

After performing a slowed-down and sultry version the anthem prior to Sunday (February 18) night’s NBA All-Star Game, Fergie was met with slander from those near and far.

As the singer sketchily belted out the song, some audience members at Los Angeles’ Staples Center struggled to keep a straight face.

Chicago star Chance The Rapper appeared amused at the vocal wreck unfolding before him. On the contrary, Steph Curry and the rest the athletes on the court stared on in apparent shock.

Over on social media, the internet collectively lost its mind as Fergie endured her own perilous fight.

Fergie, who has remained quiet following the debacle, did receive support from fellow singer Mariah Carey.

“Darling, nobody needs to listen to that,” Mariah Carey said when asked by TMZ about the criticism Fergie received.