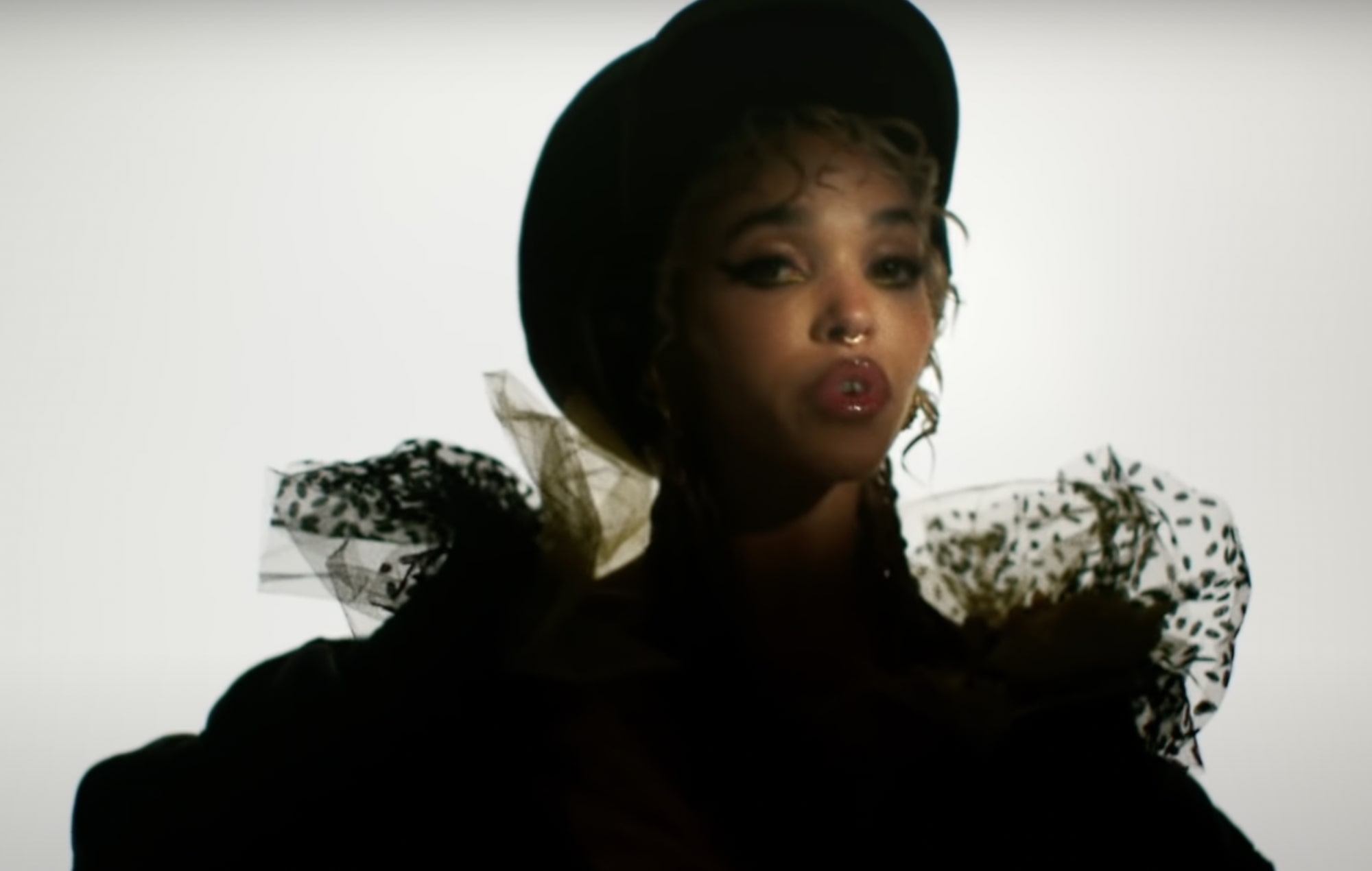 FKA twigs has shared a new video for ‘Jealousy (feat. Rema)’, throwing things back to the ‘80s and ‘90s with the visuals.

The track features on the musician’s new mixtape ‘Caprisongs’, which was released earlier this month (January 14).

The ‘Jealousy’ video features twigs and a group of dancers performing a choreographed routine to the song in front of a white background. Later, the video switches between those shots and black-and-white footage of the group, with black-and-white clips of Rema also appearing.

It was directed by Aidan Zamiri, while the choreography was created by twigs’ longtime collaborator Kash Powell.

Last week (January 20), the star shared a video for another track on ‘Caprisongs’, this time bringing ‘Meta Angel’ to life. The visuals saw the musician hanging out in a London park while her alter-ego pointed a bow and arrow at her from the roof of a skyscraper.

In a four-star review of ‘Caprisongs’, NME said: “While [Tahliah] Barnett has long cultivated a back catalogue of warped and twisted R&B – a skeleton of skittering beats and lurking menace, her voice cutting through like a knife – ’Caprisongs’ draws on hip-hop, drum’n’bass, dancehall, and most notably, the increasingly scrapbook-like shape of contemporary pop.”

As well as Rema’s contribution, the mixtape also features the likes of Pa Salieu, Daniel Caesar, Jorja Smith, Unknown T and Shygirl, while ‘Tears In The Club’ – twigs’ joint effort with The Weeknd – also appears on the tracklist.

Last year, twigs joined a global campaign to help prevent domestic and sexual violence. The ‘Join The Chorus’ initiative aimed to raise awareness of the need “for collective power to stop the violence that one in three women experience in their lifetimes”.