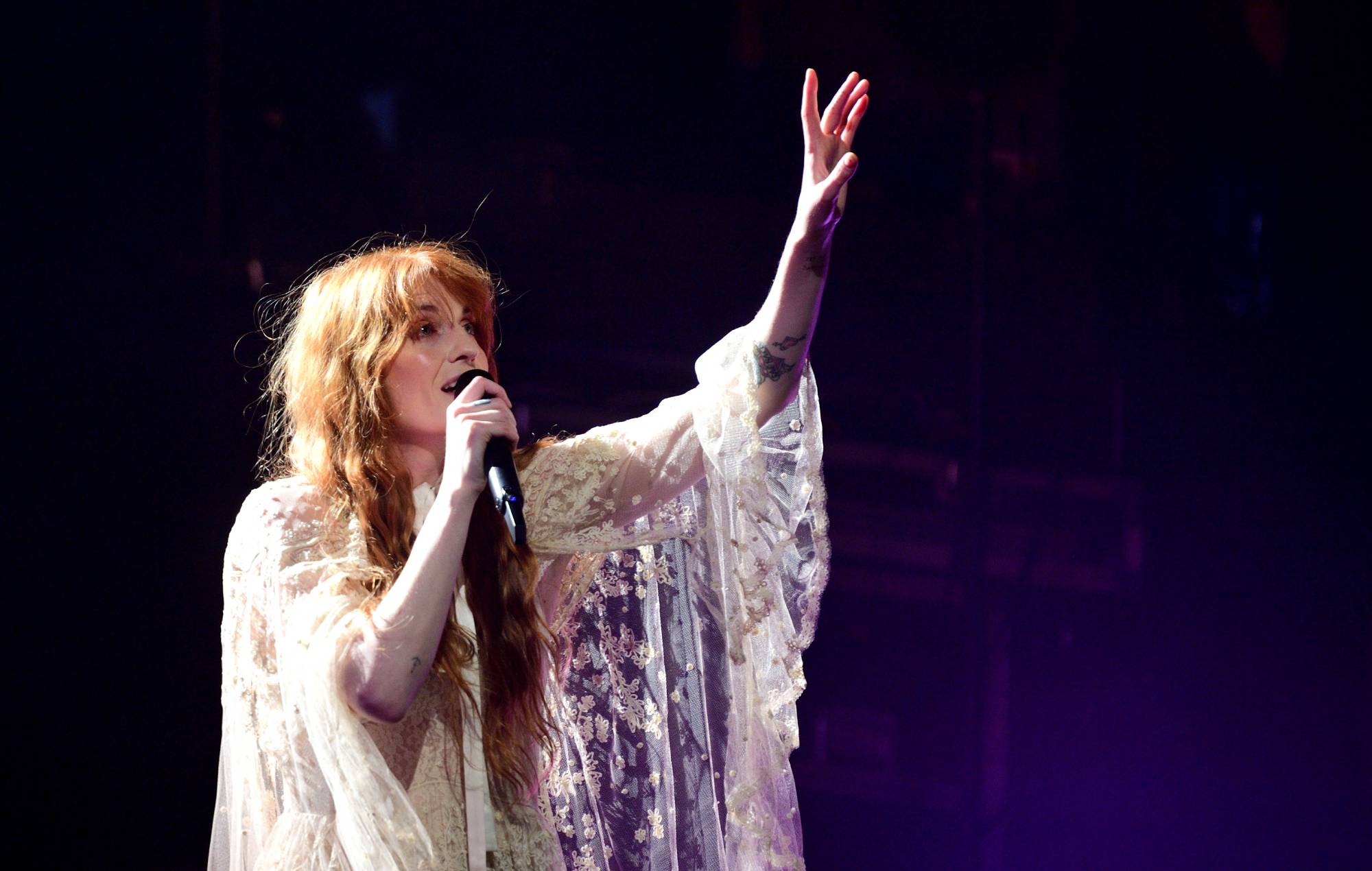 Florence Welch of Florence +The Machine has opened up about her desires in life, away from writing and releasing music.

In a new interview with Vogue, the artist spoke about life during the pandemic, the creation of the band’s new album ‘Dance Fever’, and her complicated feelings around motherhood.

“I had this drive underneath me and I was like if these songs want to get out, I have to get them out fast, because I do have other desires,” she said.

Welch added: “The thing I’ve always been sure of is my work, but I do start to feel this shifting of priorities, this sense of like…maybe I want something different.”

The band’s fifth album is set for release on May 13 via Polydor, and has been previewed so far by the singles ‘My Love’, ‘King’, ‘Heaven Is Here’ and ‘Free’, which has a Bill Nighy-starring video.

Earlier this month, Welch and co. previewed new ‘Dance Fever’ tracks – including ‘Free’ – at a handful of intimate UK gigs, which ended on April 19 in London.

Speaking about her fear around wanting both a career and motherhood, Welch said in the interview: “I think I’m afraid. It seems like the bravest thing in the world to have children. It’s the ultimate measure of faith and of letting go of control.

“I feel like to have a child and to let that amount of love in… I’ve spent my life trying to run away from these big feelings. I think I’ve had a stilted emotional immaturity just through having been in addiction and eating disorders for years.”

She also discussed gaining a sense of freedom during the writing of ‘Dance Fever’ because she was “so tired of trying to prove myself to people who are never going to get it”.

“I feel like as a female artist you spend a lot of time screaming into the void for people to take you seriously, in a way that male artists just don’t have to do,” she said.

‘Dance Fever’ serves as the follow-up to 2018’s ‘High As Hope’, with Welch previously describing the album as “a fairytale in 14 songs”. It was co-produced by the singer alongside Jack Antonoff and Glass Animals frontman Dave Bayley, the latter of whom recently remixed ‘My Love’.

The band will embark on a full UK arena tour in November, while a huge North American tour will also take place later this year, with support from Arlo Parks, Sam Fender, King Princess, Yves Tumor, Japanese Breakfast and Wet Leg on select dates. Tickets for the shows can be found here and here.