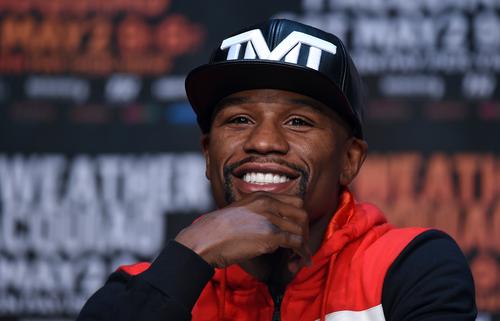 Floyd Mayweather Had No Clue What The #MeToo Movement Was

One the biggest movements to emerge in the past year was the #MeToo movement. At this point, you probably already know what it’s about but if you don’t, it’s a movement shared on social media that encouraged women to come forward about stories sexual harassment and misconduct in light the Harvey Weinstein allegations. It became one the most widely used hashtags 2017 and eventually, the women behind it became Time’s Magazine “People Of The Year.” You’d think that it would be impossible to be unaware the movement. However, Floyd Mayweather proved it was possible.

In a recent interview with Men’s Health, Mayweather was asked about how men could grow in 2018 in light the #MeToo movement. The famed boxed was completely oblivious to it and began making jokes once asked.

The reporter awkwardly laughed while trying to tell him that the “Me Too” movement she was speaking wasn’t the same at all.

Eventually, Floyd got serious with the reporter and denounced sexual harassment.

“If you are in an uncomfortable position. I mean, you have to pree about it, you know. Talk about it. And I think that sexual harassment, I don’t think it’s cool.

You could watch the full interview below.