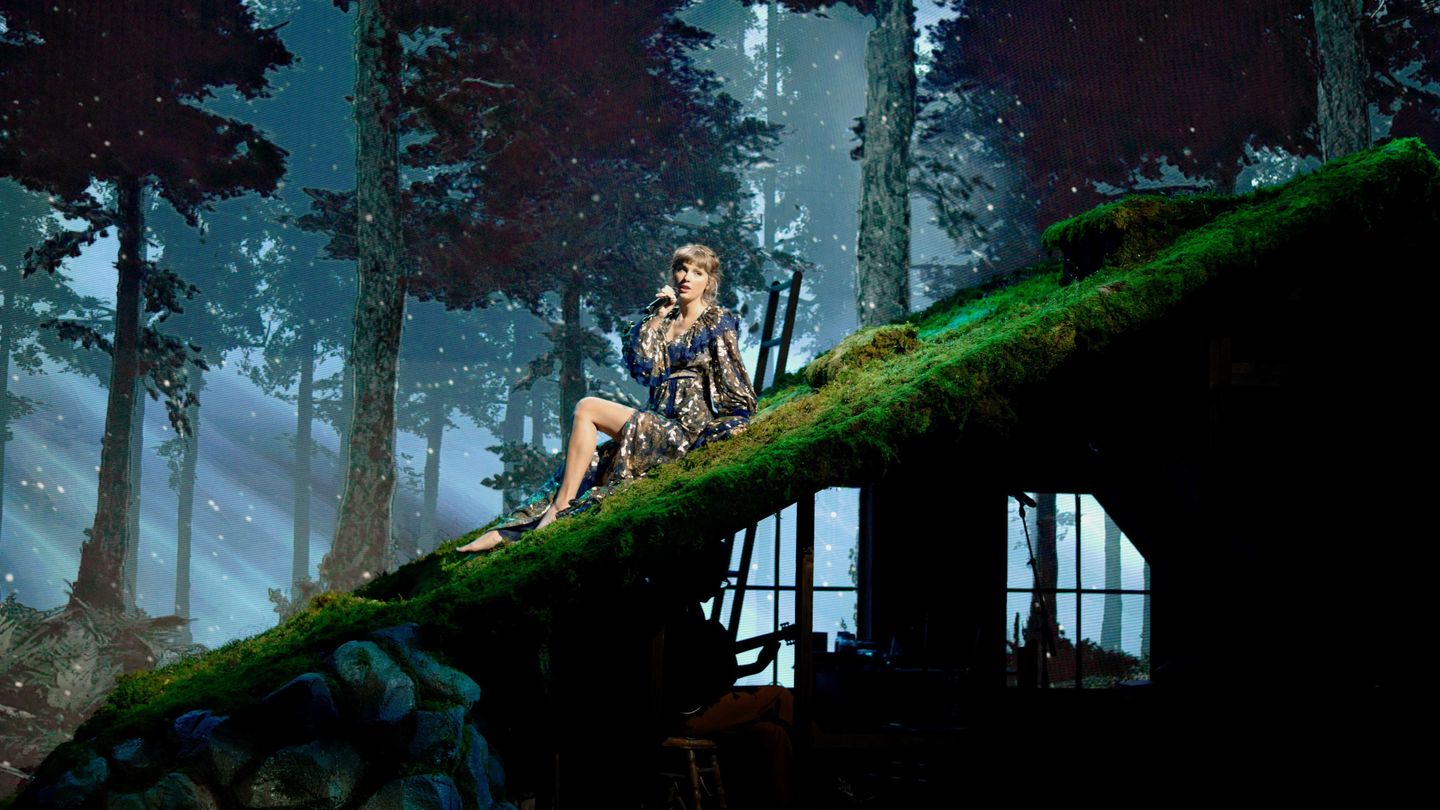 Folklore Or Evermore? Taylor Swift Chose Both At The Grammys

To everyone who fantasizes about running away to start a new life in a cabin surrounded by towering trees and babbling streams, Taylor Swift’s 2021 Grammys performance is for you. The 10-time Grammy winner — who has six more nods tonight (March 14), including nominations for Album of the Year and Song of the Year — transformed the stage at Los Angeles’s Staples Center into an enchanted forest fit for a princess who never wants to be found.

Swift certainly looked the part as she sang “Cardigan,” the lead single off 2020’s Folklore, in a patch of moss on a cabin rooftop. It would be very unlike Tay to stop there, of course. She just wrapped a busy year releasing two surprise albums and rerecording her old music, so she had to show off a few more of the hits she’d worked so hard on.

Enter coproducers Aaron Dressner and Jack Antonoff, who joined Swift for the rest of the three-song medley: Folklore’s “August” and Evermore’s “Willow.” Performing under glowing lights, the trio looked straight out of Folklore: The Long Pond Studio Sessions. (OK, fine, they were a little more dressed up this time around.)

So, if you had to choose, would you listen to Folklore or Evermore? This cozy Grammys performance proves it’s impossible to pick one over the other. The LPs meld together so well, it’s almost a disservice not to listen to them back to back. While you’re at it, perhaps consider revisiting Fearless and Speak Now as well. It’s never too early to get excited for Tay’s new versions.

Check out this cozy performance above, and keep your eyes here to see all the winners.