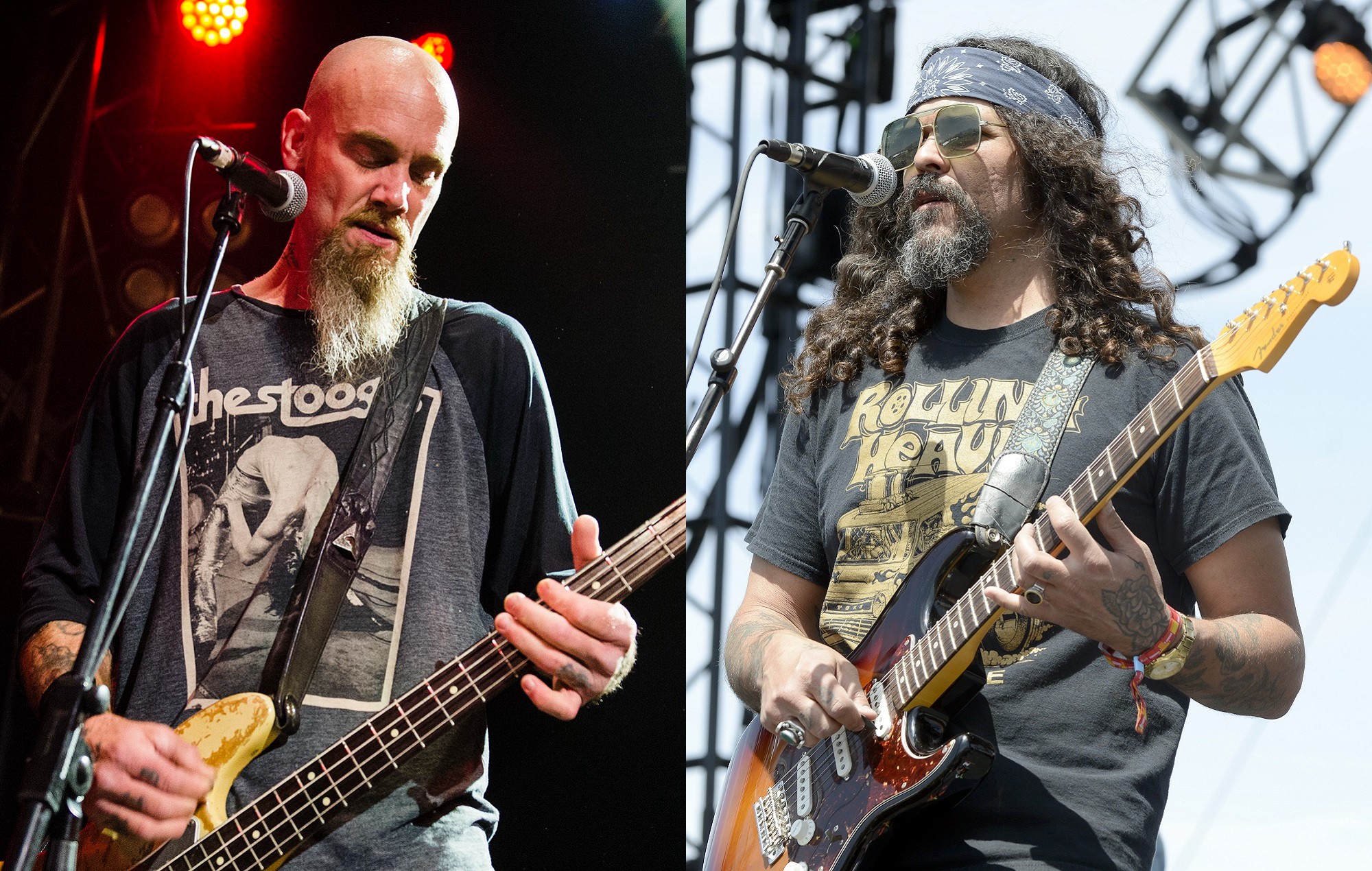 Former members of Kyuss and Queens Of The Stone Age have shared a new single with their new project Stöner. You can hear the track ‘Rad Stays Rad’ below.

The band consists of Nick Oliveri and Brant Bjork, both of whom were founding members of Kyuss in 1987. Oliveri went on to play in Kyuss guitarist Josh Homme‘s subsequent band Queens Of The Stone Age from 1998 to 2004.

The trio is completed by drummer Ryan Güt of Hammerface and Bjork’s solo band among others.

“The more things change, the more they stay the same,” said Stöner of the track in a statement. “So while your Roc continues to Roll, just remember… Rad Stays Rad.”

‘Rad Stays Rad’ is the second taste of Stöner’s forthcoming debut album ‘Stoners Rule’, which is set for release on June 25 via Heavy Psych Sounds. It follows this single ‘Nothin’, released last month.

In March, Stöner also streamed the performance ‘Live In The Mojave Desert Vol.4’ in March, which was released as a live album in April.

In March, meanwhile, Bjork said he had reached out to Josh Homme to try and mend their relationship and discuss a possible reunion for Kyuss.

In 2012, Homme filed a lawsuit against the members of Kyuss Lives!, the reunited incarnation of the band. Homme did not take part in the band’s 2011 reunion tour under the moniker.

Bjork referenced comments made last year by Homme, who said that he’s open to the idea of playing with Kyuss again, and wants inter-band relationships to be mended.