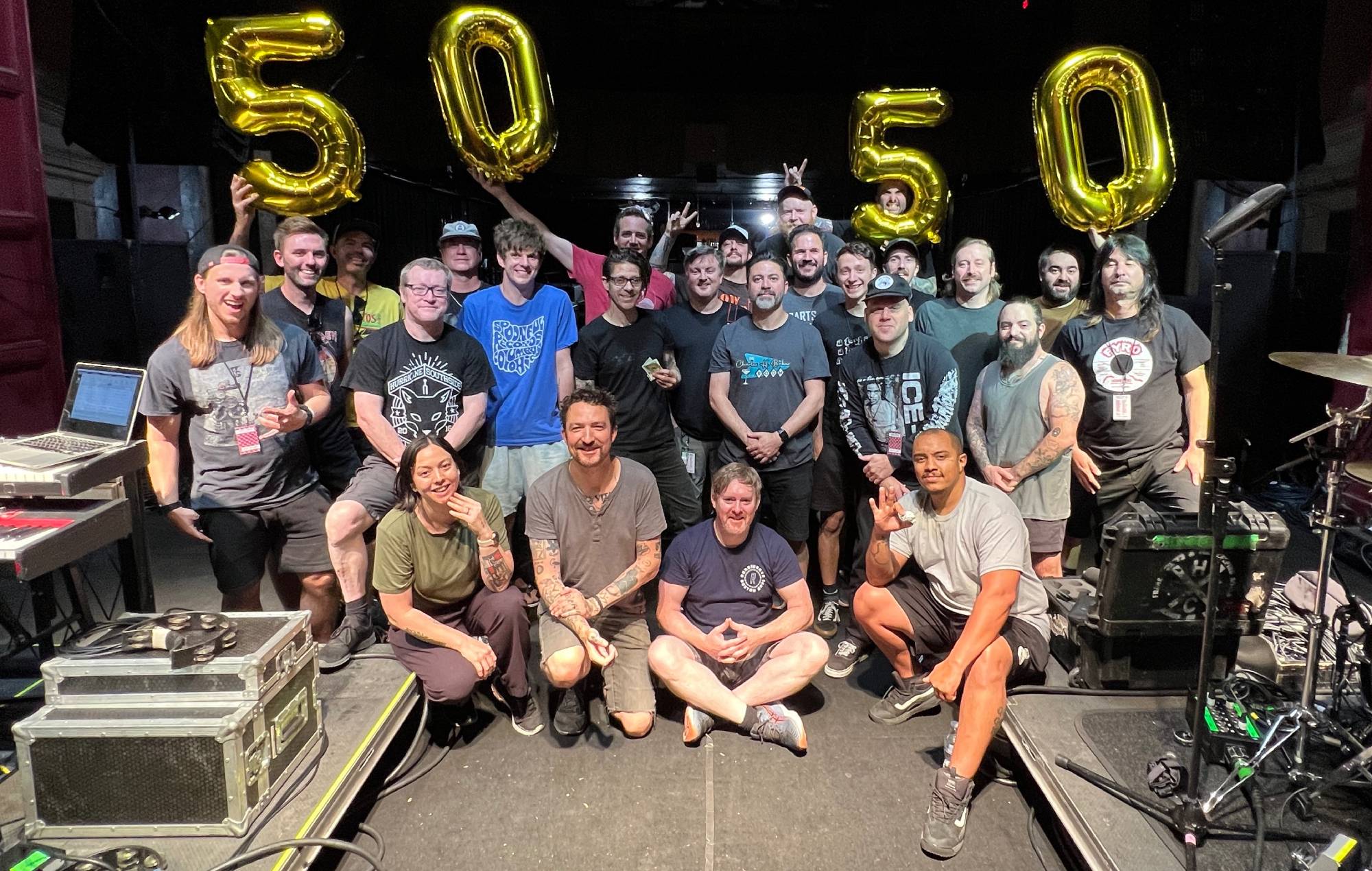 Frank Turner on playing 50 US states in 50 days: “It was brutal”

Frank Turner has spoken to NME about the “brutal” experience of playing shows in 50 US states in 50 dates.

The punk troubadour told us how he became the third artist ever (and first non-American) to complete the challenge of playing 50 states in the space of 50 days, after George Thorogood did so in 1981 and The Melvins in 2012.

Speaking to NME from an airport in Hawaii after he and his band The Sleeping Souls finished the trek this week, Turner described his mood as “shell-shocked”.

“I had the idea of playing 50 states in 50 days prior to the pandemic, and it’s been on ice for the last little while,” he said. “In the context of post-pandemic touring, it seemed like a cool way to hit the ground running and a re-statement of intent.

“I’m on my ninth record and my 17th year of touring as a solo artist, and this isn’t a bad thing to have a hook to hang a tour off.”

However, Turner revealed that the tour didn’t come without its fair share of obstacles.

“Insanely enough, I actually got COVID for the first time immediately before the tour,” he said. “I basically had zero recovery time, which made the start of the tour particularly brutal.

“For that reason, I had to play some two-show days in order to buy travel time down the West coast of the country. Those two-show days were genuinely quite front-loaded, so I recovered from COVID, jumped on a plane, and then did something like 20 shows in 12 days. That was brutal. It would have been brutal at any point of my career, but after having had two years off and having turned 40, that proved quite challenging!”

He went on: “We also had some scrapes on the tour. Our bus driver got very sick at one point, which meant we nearly missed the Salt Lake City show. My new drummer got food poisoning in Montana, which meant that the Seattle show ended up being a solo show rather than full band, literally at the last minute. He was throwing up a lot.

“Me and my crew are sitting here in this airport, slightly shell-shocked that we made it.”

The former Million Dead frontman, currently on the road in support of his 2022 Number one album ‘FTHC‘,  revealed that he learned a lot from experiencing so many different audiences across the US.

“It’s extremely important to say that I experience America through a particular prism, which is the prism of the people who want to come to my shows or people from the hardcore community,” he said. “It would be overstating my case to say that I’ve seen all of America. I’ve seen one very specific slice of America.

“There are states where we do better than others. We had 3,000 people in Boston, and I would say much less than that in Arkansas. We’ve had our ups and downs, but I’d say that I feel privileged to have seen as much of America as I have. Contrary to what a lot of Americans think or what the news cycle would have you believe, Americans have more in common that what divides them.”

Turner added: “Again, maybe that’s through the prism that I see the country through, but I find something reassuring in that.”

Asked about his own personal highlights and favourite states/shows from the jaunt, Turner replied: “The most pleasant surprise of the tour was Mississippi. I had extremely low expectations, but we had a phenomenal show. I went to South Dakota for the first time in my life and had a wonderful time.”

Speaking of his standing as the third artist in history and first ever non-American to fulfill the mission, Turner remained humble.

“Obviously there’s a degree of bravado in this and a lot of the way that I tour,” he said. “I like to think that I’m self-aware enough to realise that it doesn’t really matter on some levels. I could quite easily have not have done this, and the world would keep turning on its axis.

“At the same time, it does feel pretty cool. It’s a line on my CV, and a tattoo that I got on my leg yesterday. It’s an achievement that’s quite rare and I am quite proud of that.”

And what challenge will he be setting himself up for next?

“You know, in all honesty, I have looked at the logistics of attempting to play every county in the UK,” he replied. “There are loads of them, and the UK’s not really big enough to justify it. I have been examining other political and historical subdivisions to see if any of them make any sense for a tour. We are going to play every Canadian province next year and next time we play Australia I’m planning on playing every territory.

“It’s a fun way of ensuring full coverage, but at this particular moment in time, I’m particularly excited about going home and turning my phone off!”

Frank Turner returns to the UK for a headline tour in September through to October. Visit here for tickets and more information.