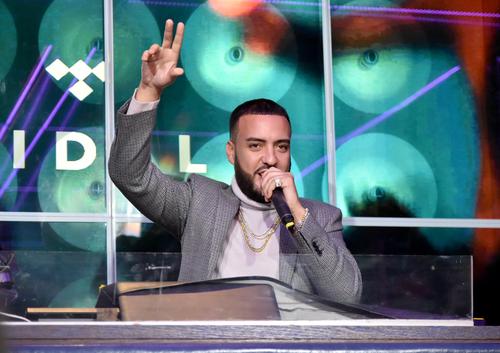 Immigration has been a major topic conversation during Donald Trump’s presidency as his administration decided to phase out DACA, the Deferred Action for Childhood Arrivals. While you may or may not agree with the decision, many have spoken out in support Dreamers as they believe it is a fundamental right to be able to establish a life in America. French Montana is the latest to stand up for Dreamers, launching the We Are The Dream campaign with MTV and nonprit organization Get Schooled to aid in the access to higher education for undocumented immigrants.

The Moroccan-born rapper immigrated to the United States when he was 13-years-old and the initiative was created to ensure that today’s youth is awarded the same opportunities as himself. Rolling Stone reports that only five to ten percent undocumented individuals attend higher education establishments; French’s campaign seeks to improve this statistic and provide more access to Dreamers.

RELATED: Donald Trump Tells Reporter To Get “Out” After Norway Immigration Questions

The rapper plans to be an active member the initiative, managing the social media undertakings and encouraging people to post selfies with the hashtag #WeAreTheDream, standing in solidarity with Dreamers. If you believe that everybody has a right to attend college, this is a great campaign to support. French urges all students that need the right resources and are undocumented to visit We Are The Dream to learn more.