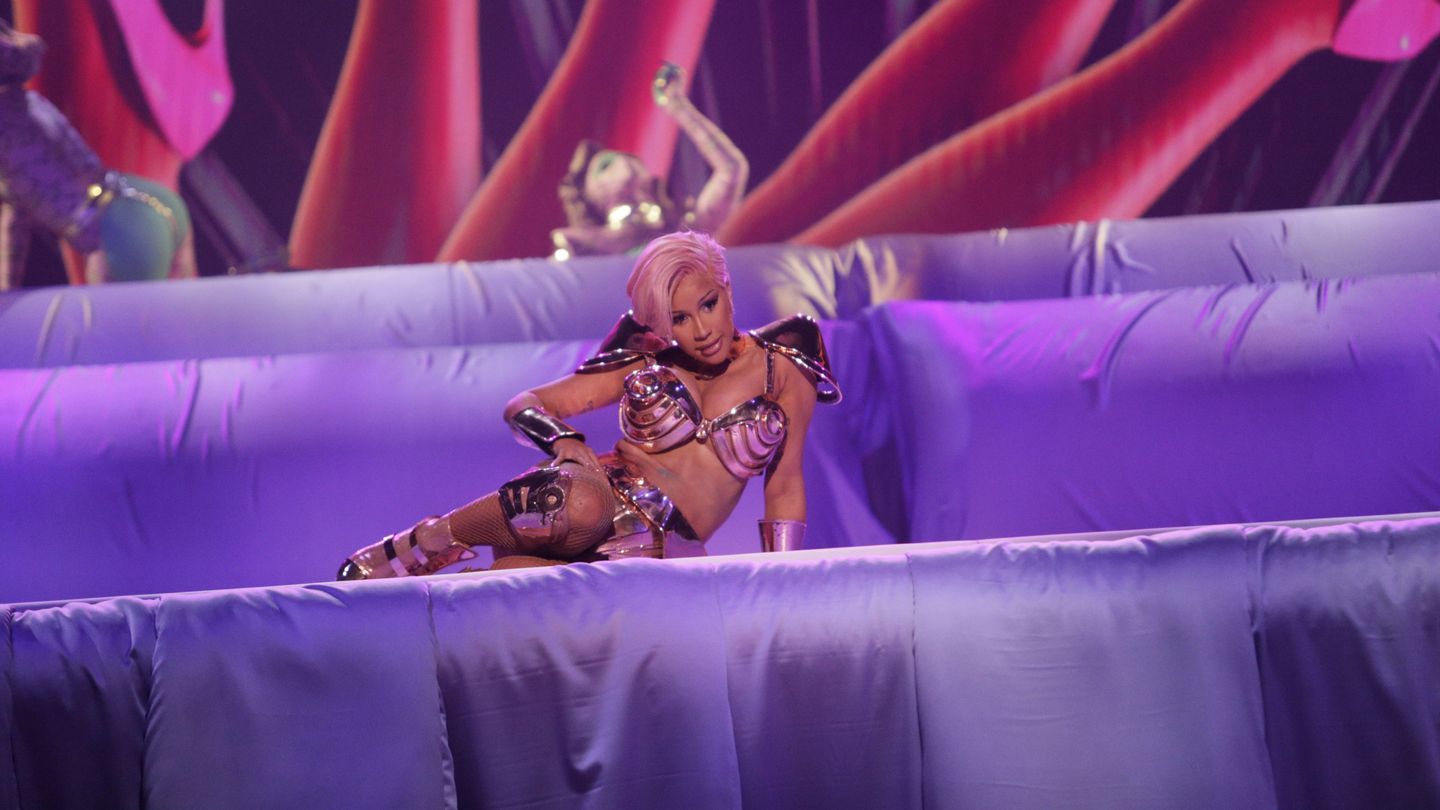 From ‘WAP’ to ‘Montero’: Music’s New Sexual Revolution Is Here

For their debut performance of “WAP” on the Grammys stage earlier this year, Cardi B and Megan Thee Stallion swapped nasty verses and suggestive hip movements. Before a backdrop of a supersized bedroom, with pillows as large as cars and a comforter that could cover a small crowd, they exposed their tongues and zipped through explicit lyrics. There’s not much metaphor or innuendo in the song or performances: This is about sexuality and the power you hold once you are aware of and align with it.

Though the song’s release and this subsequent performance were met with their share of controversy and pearl-clutching, “WAP” quickly permeated the greater cultural discourse. It ravished TikTok with dance homages and even earned a place in Saturday Night Live history during Maya Rudolph’s comedic impersonation of Vice President Kamala Harris. And further proof of its ubiquity arrived last week when it was announced that “WAP” was nominated in four categories at the 2021 VMAs, including Video of the Year and Song of the Year.

The macrocosm of this is the world stage that is American pop culture, and it has been fascinating to observe some of today’s top artists go bigger. It may be tempting to say this is consumer capitalism — Cardi B’s “WAP” music video has earned over 400 million views, which surely doesn’t hurt her ability to gain more money and fame — but there’s a deeper parasocial undercurrent to this work, even if the artists themselves may sometimes be ignorant to it. It’s the normalization of marginalized expressions that extends into everyday life and corners of society. And if each generation makes this easier for the next, it helps take the sting and danger out of something being taboo.

It’s no wonder that, in a patriarchal society, women are disproportionately pushed to talk about their sexualities and bodies if they are going to find mainstream success, and yet they are often chastised for doing so. The risk is heightened for women of color. In the 1970s, the funk singer Betty Davis was ostracized for her grip on sexuality with raunchy songs like “He Was a Big Freak” and explicit performances that involved spreading her legs and thrusting her crotch to an onlooking public. In the 1990s, Adina Howard’s hypnotic, lustful anthem “Freak Like Me” paved the way for Lil’ Kim’s “Hardcore,” which was released a year later. Lil’ Kim quickly dominated with hit after hit, creating a new mold for women in rap, while Howard struggled to recreate her early success.

These women may not be household names, but as examined in the new MTV News and Smithsonian Channel series “Meaning in Music,” their work has helped performers that followed get bolder in their own artistic expressions — and given that same type of boldness to the everyday women by opening up, or simply challenging, a generation of minds beyond the conservative rules they inherited. Perhaps it’s an extension of mainstreaming, or the process of taking something that might seem underground, esoteric, or alternative and making it commercially digestible to the average person. But one thing’s for sure: This isn’t new. In the 1920s, blues singer Lucille Bogan, a foremother of funk and hip-hop, sang sexually explicit lyrics that would make even the most outrageous stars today blush.

This is true for queer expression in the mainstream, as well. When Lil Nas X kissed another Black man on the BET Awards stage, the artist faced down venom from critics, as he did after plunging into hell on a stripper pole in the “Montero (Call Me by Your Name)” music video. It might be easy to dismiss these displays as spectacle, and yet they align with a more welcoming attitude toward LGBTQ+ culture. However, I wonder how these daring acts on stage normalize more subtle queer expressions in everyday life: Do Lil Nas X’s absurd visuals make it easier for me to walk down the street, hand in hand, with my partner?

Certainly, there are more protections. As DaBaby began an uproar after sharing homophobic remarks on social media, there was an apparent shift to how he was met. He was dropped from various festivals including Lollapalooza, Austin City Limits Festival, and the iHeartRadio Music Festival. He later published a public apology on Instagram, though he has since deleted the statement from his feed. Even just a few years ago, these sentiments would not have been met with the same repercussions, especially from those in mainstream hip-hop, a genre only recently warming to LGBTQ+ performers.

But this is the result of a legacy of queer artists such as Little Richard and Elton John. Earlier Black queer artists like Ma Rainey and Bessie Smith also pushed the boundaries of their times and made queerness a little less taboo. Blues singer Gladys Bentley, a woman who dressed in traditionally masculine attire in the 1920s, may not be as widely known but was nonetheless a silent soldier in breaking free from restrictive gender norms. What might today be considered wacky or absurd helps to normalize what is “other” to tomorrow. After all, normal is something created, not inherited, and these jolting, culture-pushing performances assist in creating new realities for us all.

Being provocative is a commodity in today’s world, sure. There’s a need to top the last outrageous thing so the next outrageous thing can be made for profit; it’s the cycle of newness that we’ve created. But this has also helped to create a world where we’re not simply used to homophobic remarks. We get to be outraged because we’ve done the work in our private lives and on the public stage to humanize traditionally marginalized groups of people.

It’s as if pop artists push us to the edge, so we can live happily in our everyday lives in a more progressive middle. Perhaps Megan Thee Stallion and Cardi B’s brilliant sexual expressions on a larger-than-life bed have helped our small, little bedrooms feel that much more regular.