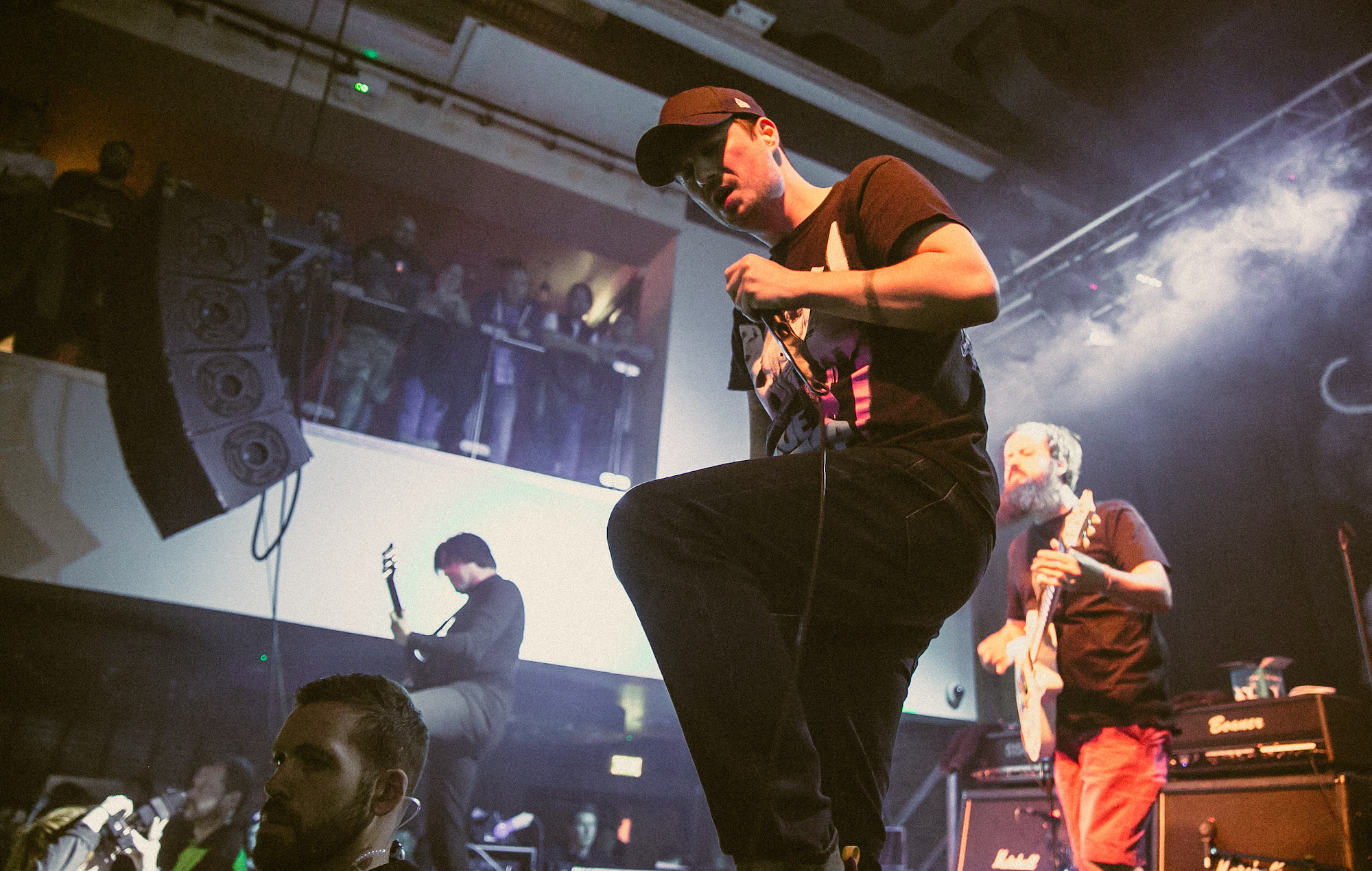 Funeral For A Friend have announced details of a special 2021 UK tour, in which they’ll play material from their first three albums.

The band reunited last year for a trio of charity gigs, which followed their breakup in 2016.

Earlier this year, the Welsh rock band were announced for the 2020 edition of Download Festival, which was subsequently cancelled due to the coronavirus.

Now though, it appears their comeback will continue, with seven UK dates set for next April, which will see them play music from their 2003 debut ‘Casually Dressed & Deep In Conversation’, 2005’s ‘Hours’ and their third album, 2007’s ‘Tales Don’t Tell Themselves’.

See Funeral For A Friend’s 2021 UK tour dates below. Tickets go on sale on Friday (July 10) at 10am BST, with a special presale for fans who sign up to the band’s mailing list.

The band’s 2019 comeback charity shows came in support of one of the band’s biggest fans, Stuart Brothers, who had been given “a few short weeks to live by his Doctors.”

“Recently, a man who can quite legitimately lay claim to being the world’s biggest FFAF fan (both literally and figuratively!), our friend Stuart ‘Big Stu’ Brothers, has been stricken with a terrible illness which has ultimately led to a terminal prognosis,” the band wrote.

“As Stu’s friends, we wanted to do something to help; particularly for his family and three young sons, who are going through unspeakable trauma right now.” Proceeds from the show went directly to Brothers’ family.