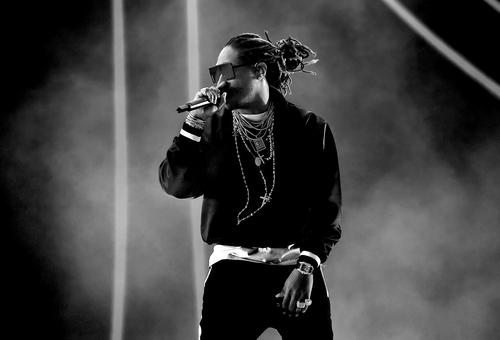 Future has ficially taken the concept new year, new start to another level. For reasons unknown, the rapper has once again cleared his Instagram page, sparing no image. If you recall, Future did the same thing at the onset 2017, while issuing a tweet saying “2017 nobody safe.” Evidently, Future’s prediction certainly held some weight. The rapper enjoyed one his biggest years yet, dropping a pair albums in Future & Hendrxx, as well as the Young Thug collaborative tape Super Slimey. Now, fans are wondering if one the busiest men in music is about to kick-start another godlike campaign.

Perhaps he simply wanted a fresh start, but Future is more calculated than he lets on. It wouldn’t be surprising to see Future have another massive year, as aside from maybe Gucci Mane, there are few who can match the sheer volume his output. Plus, Future and Hendrxx both earned massive critical acclaim, aside from some haters reluctant to put respect on Future’s name. While I can’t exactly recall the extent Future’s IG purge, I do know that he had amassed a steady collection photos, and wasn’t exactly an infrequent user. Therefore, it can only be assumed that this change will herald something…it’s simply unclear as to what that something might be.

I don’t think I’m alone in hoping that 2018 will deliver a few new Future albums, and perhaps a sequel to Super Slimey. Either way, Future has once again found a way to keep people talking, and you’ve gotta respect that.