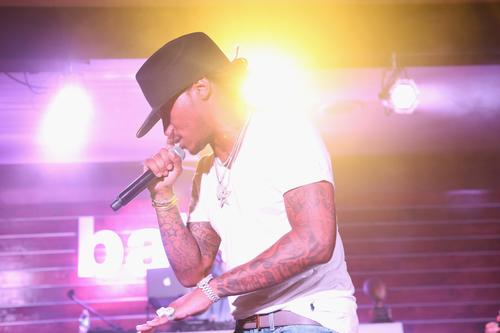 Future Will Be Producing Soundtrack Of Upcoming "Super Fly" Reboot

Deadline has revealed some new information on Sony Picture’s upcoming remake the 1972 film Super Fly, widely considered a blaxploitation classic. It would appear that Future has been brought on board as a producer, and charged with an ambitious task. The Atlanta superstar will be handling the music the upcoming movie, picking up where Curtis Mayfield’s original soundtrack left f. While that’s no easy feat, it seems as if Future might have some company; 21 Savage is also rumored to be joining the project.

As for the film’s director, Sony has brought on music video vet Director X, who previously directed his first full length with 2015’s Across The Line. In case you’re not familiar with his work, Director X is best known for bring Drake’s iconic “Hotline Bling” video to life. The director spoke to Deadline about the project, and had some interesting thoughts on Future’s involvement in shaping the film.

“I want to honor it in a way that shows a new generation how black culture continues to be a catalyst for new trends in every area, from fashion to music,” says Director X. “I’m also excited to be working with Future, both on the music and as a producer the film – the original soundtrack is legendary, and that’s an inspiration for the artists that Future is working with to bring a singular modern musical vision to the film.”

RELATED: Future Might Be Dropping “Beast Mode 2” In The Near Future

Director X also posted a picture the film’s team, which features Future, 21 Savage, and Zaytoven. Are ya’ll here for this remake? Congrats to Future for getting into the movie business.