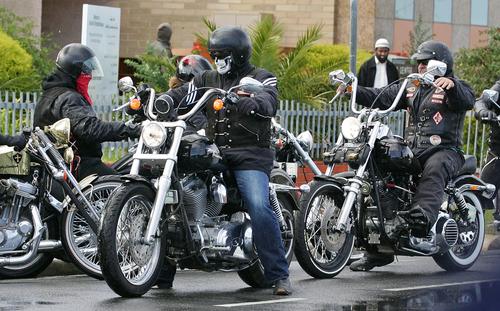 If you were a fan the hit-series Sons Of Anarchy on FX, then you’ll be happy to hear that the cable network is creating a spin-f series another motorcycle drama titled Mayans MC.

“Mayans MC is set in a post-Jax Teller world, where EZ Reyes (Pardo), fresh out prison, is a prospect in the Mayan MC charter on the Cali/Mexi border,” FX said in a statement. “Now EZ must carve out his new outlaw identity in a town where he once was the golden boy who had the American Dream within his grasp.”

In case you forgot, the Mayans were a Harley Davidson-riding gang, made up mostly latinos, who were rivals with Jax’s SAMCRO gang.

“Kurt Sutter is a master storyteller, and Mayans MC has the raw energy and intensity that are hallmarks his signature style,” FX Networks programming chief Nick Grad said in a statement. “Thanks to Kurt, co-creator Elgin James and this amazing cast, Mayans MC builds on the legacy Sons Anarchy, taking it in a thrilling new direction that we can’t wait for the world to see.”

RELATED: LaKeith Stanfield Is Playing With Our Emotions On The Arrival “Atlanta” Season 2

The show will be coming to FX either this summer or early in the fall, marking the 10-year anniversary the start Sons Anarchy’s run.