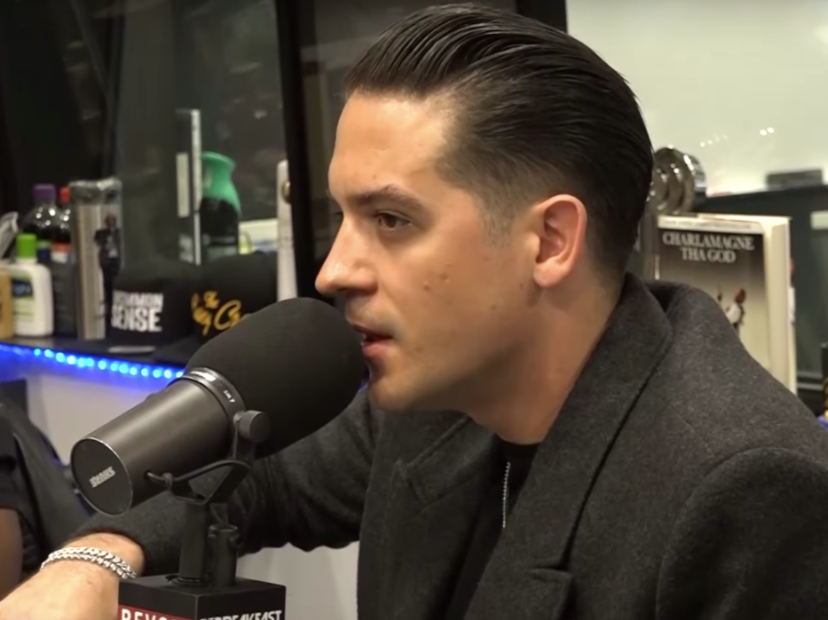 New York City, NY – G-Eazy was a recent guest on The Breakfast Club, where he opened up about his now-defunct clothing line with H&M. The Bay Area native walked away from a lucrative deal with the fast-fashion Swedish retail chain earlier this week after it ran a controversial ad, one many felt was racist.

When host Charlamagne Tha God asked about the authenticity his decision, The Beautiful & Damned rapper replied that it was “a real move, abso-fuckin-lutely” and not simply a publicity stunt. He believed having his name associated with the company would have been detrimental to his career, especially when factoring in the fact he’s a white rapper.

“I don’t want to get too focused on the money,” he says around the 6:30-minute mark. “At the end the day, money can’t buy everything. Period. What am I supposed to do? Just have that money and be a terrible human being who is promoting a company that’s doing something like that? I don’t care.”

When pressed about how much money he walked away from, he replies, “A lot,” and Charlamagne asks, “Millions?” to which G-Eazy says, “A lot, a lot, a lot.”

The H&M ad in question featured a young African-American boy in a hoodie with the words, “Coolest Monkey In The Jungle” written across the front, which sparked public outrage. R&B superstar The Weeknd was the first to cut ties with the brand and G-Eazy followed suit.

Sean “Diddy” Combs was also rumored to fer the model pictured in the ad a $1 million contract to model for his brand, Sean John.

Watch G-Eazy’s full interview with The Breakfast Club above.