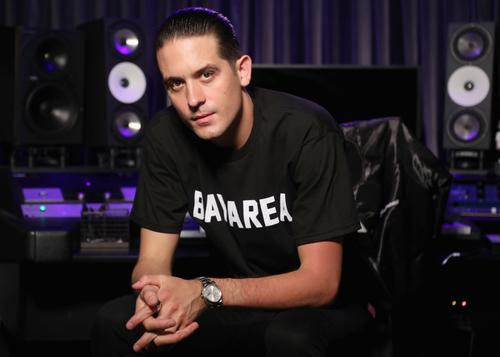 H&M faced heavy backlash over the past few days for their highly fensive advertisement featuring a young Black child dressed in a hoodie that reads, “Coolest Monkey In The Jungle Gym.” They’ve since issued an apology and have removed the ad from their online catalog and social media platforms. However, the damage has been done. One their biggest collaborators, The Weeknd, severed ties with them already and G-Eazy is following suit.

G-Eazy took to social media earlier today to reveal that he’ll be ending his partnership with H&M. The Bay Area rapper posted a lengthy note on both his Instagram and on Twitter to reveal this decision to do so.

“Over the past months I was genuinely excited about launching my upcoming line and collaboration with @HM,” he wrote, “Unfortunately, after seeing the disturbing image yesterday, my excitement over our global campaign quickly evaporated, and I’ve decided at this time our partnership needs to end.”

The rapper continued to say that regardless whether it was an “oblivious oversight or not,” the fact that it went through many people without realizing how culturally and racially insensitive it is.

“I can’t allow for my name and brand to be associated with a company that could let this happen,” he continued, “I hope that this situation will serve as the wake up call that H&M and other companies need to get on track and become racially and culturally aware, as well as more diverse at every level.”

Alongside G-Eazy, many others public figures have denounced H&M for the image including Diddy, Pusha-T, Belly, LeBron James, YG, ?uestlove and more.