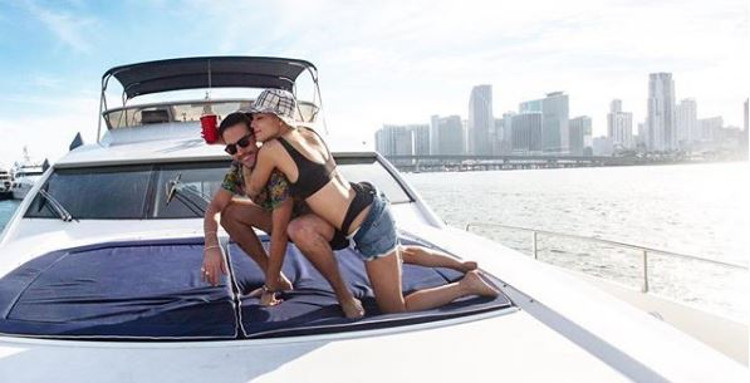 G-Eazy and his singer girlfriend Halsey have both been pretty open about their drug use.

So it's no big shock that Halsey was caught with some coke (we're going to assume it's coke) in her nose during a yachting adventure yesterday with G-Eazy.

G-Eazy likes a girl who likes cocaine. About a year ago his was filmed snorting a line f a nude groupie's chest.

This is all so much more civilized.