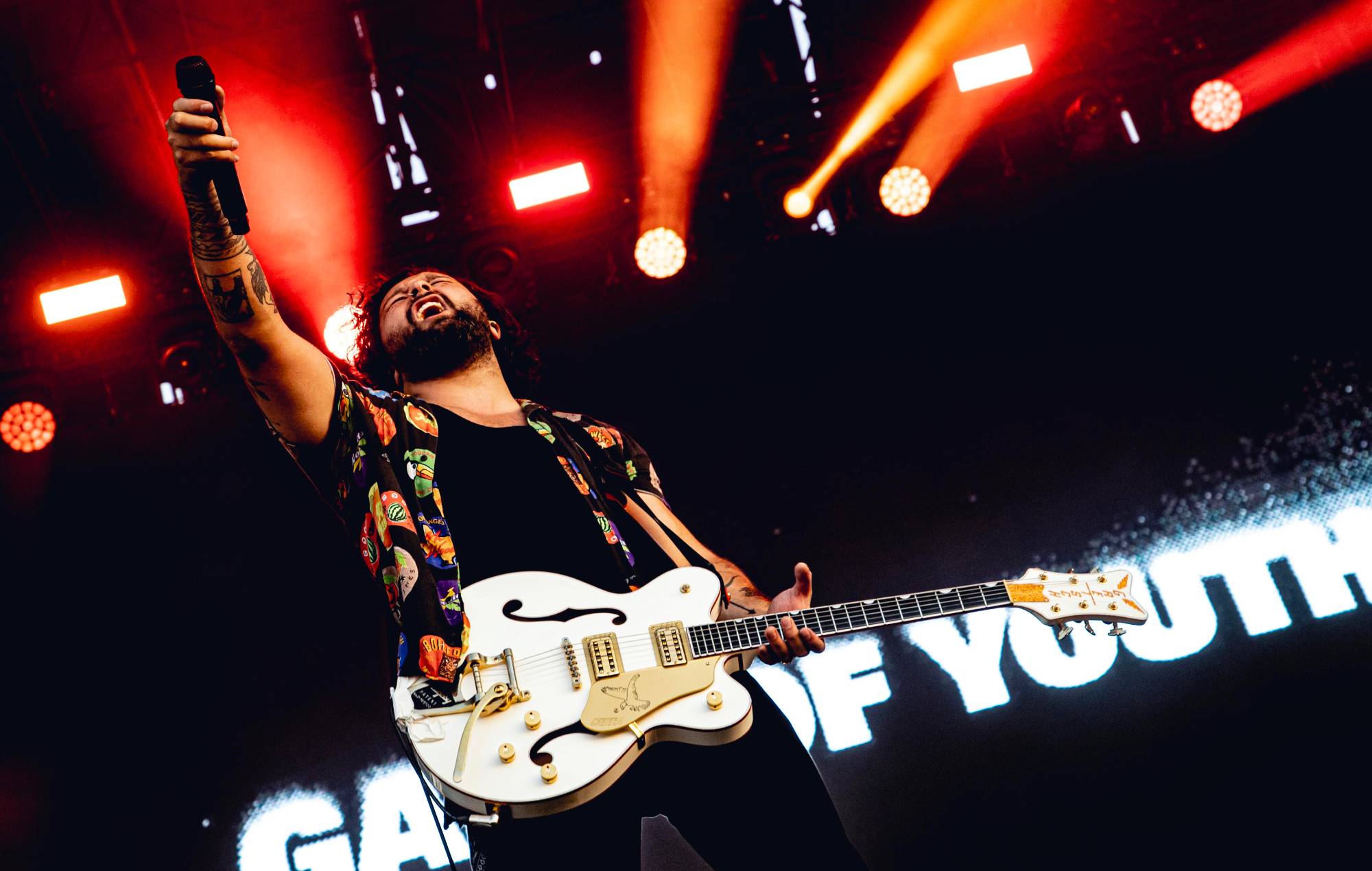 Gang Of Youths have discussed their latest album, ‘Angel In Realtime’, and their recent Wilco cover in a new interview with NME at Mad Cool Festival 2022 – you can watch the full video above.

“We played this festival before the doors even opened, so they’ve brought us back [this year] to apologise, which is very nice of them,” Le’aupepe said with laugh. “[2018 was] when we were even more unknown and terrible. We drove past the festival and saw lines and lines and lines of people trying to get in, and we were on in like an hour. By the time we got on-stage, they still hadn’t opened the doors… and we’re on-stage fucking singing whatever bullshit song I wrote about philosophy and sadness.”

Gang Of Youths’ latest visit to Mad Cool, however, drew a much bigger crowd than in 2018, with NME writing of their 2022 set: “From the euphoric arena indie of opener ‘Angel Of 8th Ave’ to the chest-thumping ‘The Heart Is A Muscle’ and ‘Let Me Down Easy’, the band’s spirit is infectious.”

Asked by NME about what sort of reception the songs from ‘Angel In Realtime’, which arrived back in February, had been receiving during their ongoing tour, Le’aupepe admitted to being bowled over by the positive responses they’ve received from their audiences.

“It’s been so weird: people know the lyrics and shit, it’s pretty wild,” Le’aupepe said. “For me, it’s an album about my dad and about being Polynesian, so you don’t really expect people from different cultures outside of Australia to connect with it the way they have. So for me, it’s been quite beautiful to see people singing the songs about my dad.”

“It’s surreal,” Tom Hobden (guitar, keyboards, violin) added in agreement. “I’m from the UK, from London, and the rest of the band are from Australia and other places. But to see it land so well in the UK has been quite a thing for everyone, especially as London is our collective home now.”

“It’s a weird thing, but it’s a good thing: I’m not quite used to it,” Le’aupepe continued. “Every band is one step away from being a bargain bin buy at whatever shitty hipster record store in 10 years’ time. So if we had our moment in the sun with this particular record, then that’s cool, right? I like the fact that people are singing it and have cared about it.

Gang Of Youths followed up ‘Angel In Realtime’ in May with ‘Immolation Tape’, an EP which features three reimaginings of tracks from their third LP as well as a cover of Wilco’s ‘A Shot In The Arm’.

“I didn’t even realise it was coming out,” Le’aupepe revealed to NME about the arrival of the surprise EP. “I had nothing to do with that planning. It was a bunch of shit that we did for SiriusXM in the US, and we initially wanted to call the EP ‘This Is Fucking SiriusXM’. But then it didn’t really work.”

“It was too on the nose,” Hobden added, with Le’aupepe continuing: “So we called it ‘Immolation Tape’. I had a lot of fun doing it, actually. But I didn’t think it was anything really serious at the time… I actually haven’t listened to it at all!”

Of the band’s choice of Wilco cover, Hobden said: “Wilco are absolutely one of our favourite bands. We actually saw them do their [2001 album] ‘Yankee Hotel Foxtrot’ in New York a couple of months ago.”

Le’aupepe added: “We chose it because it’s a beautiful, meaningful, wonderful song from a legendary and important album. There was part of me that loved the idea of just reworking it in a way that Gang Of Youths would do something, with swelling strings, synthy drumbeats and all that shit. I really, really loved doing it.”

Asked if they had had any feedback from Wilco, Le’aupepe replied: “Absolutely zilch.” Of the next song they might cover, the singer suggested KISS’ ‘God Gave Rock And Roll To You’ – but in the style of a German Oompah band.

Gang Of Youths’ 2022 tour is set to continue through to November, though the band are set to extend their touring plans into 2023.

“The touring’s going to carry on into next year quite a bit,” Hobden said, with Le’aupepe adding: “We’re gonna tour, like, loads. We’ll do Australia, the UK and Europe again, then Asia as well next year.”