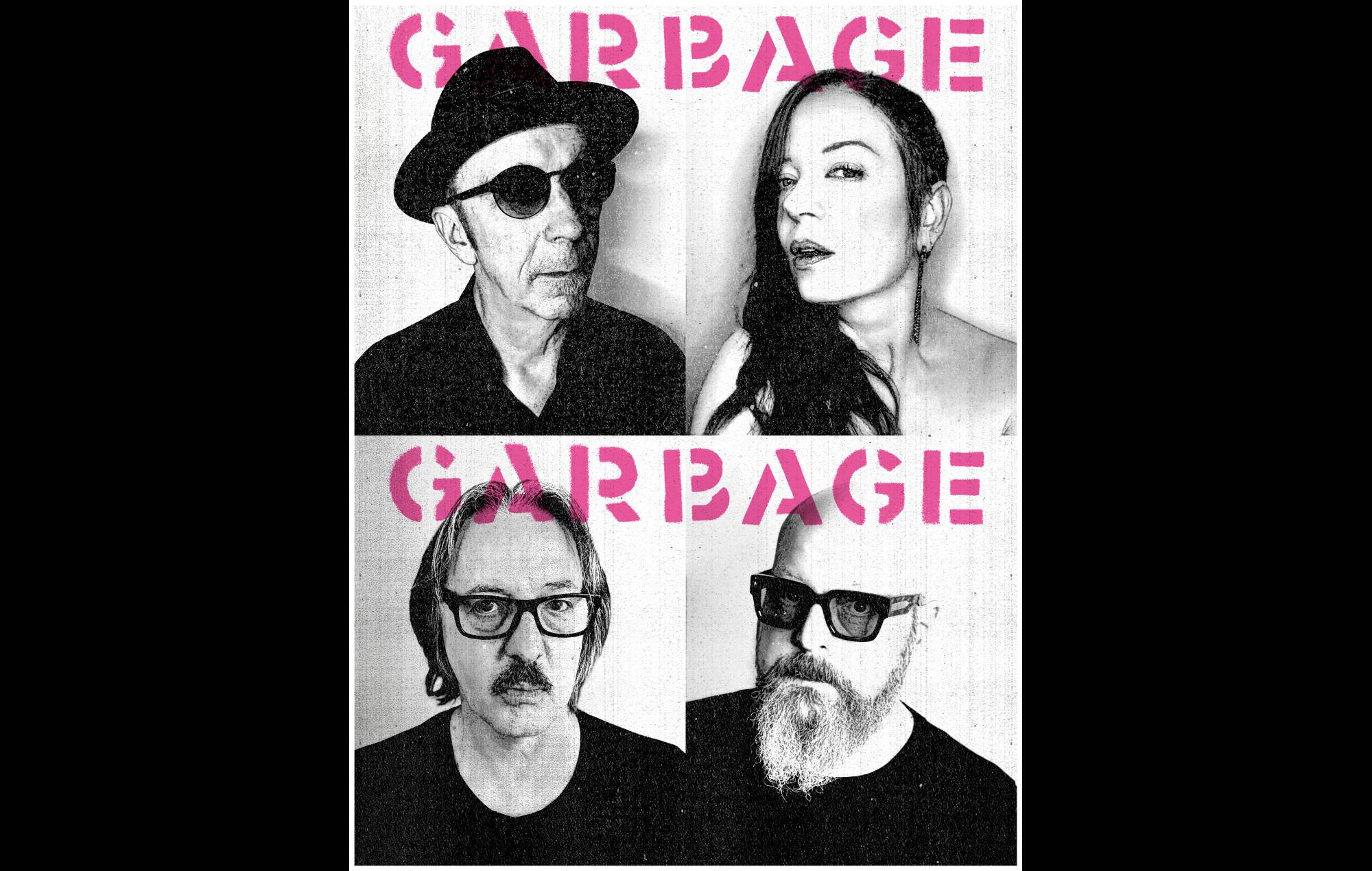 Garbage are back with ‘The Men Who Rule The World’, as well as announcing their long-awaited seventh album ‘No Gods No Masters’.

Produced by longtime collaborator Billy Bush, ‘No Gods No Masters’ will arrive in June. Dealing heavily in “capitalism, lust, loss and grief”, the follow-up to 2016’s acclaimed ‘Strange Little Birds’ comes with lead single ‘The Men Who Who Rule The World’.

Described as “a critique of the rise of capitalist short-sightedness, racism, sexism and misogyny across the world,” the bold and industrial track also comes with a cinematic video made by Chilean film director, animator and painter Javi.MiAmor.

“This is our seventh record, the significant numerology of which affected the DNA of its content: the seven virtues, the seven sorrows, and the seven deadly sins,” said Garbage frontwoman and NME Icon Award winner Shirley Manson.

“It was our way of trying to make sense of how fucking nuts the world is and the astounding chaos we find ourselves in. It’s the record we felt that we had to make at this time.”

Back in 2019, Manson told NME that Garbage’s upcoming new material would be “sort of cinematic-sounding” while containing some “pretty personal” lyrics.

“It’s dark, of course! But I’m not sure I want it to be. I read recently that pop music has become really dark, sad and troubled, and my immediate desire was to do the complete opposite,” she told NME. “Unfortunately, it’s just not my forte to write really upbeat and amazing pop music. I wish it was!”

She continued: “It’s like [past single] ‘No Horses’ [2017] because it’s a little softer, and more expansive. There are Roxy influences in there. Butch Vig [drummer and producer] of course, was formerly the President of The Roxy Music Fan Club in Madison, Wisconsin.”

Manson added: “So far, it’s all pretty personal. People think I’m going to come out raging about politics, but it’s not political at all. I’ve always talked a lot about the themes that are being talked about now, and I feel like I’ve already fucking said my piece. I’m old and watching my friends die and that changes everything. Everything changes with every season and that’s as exciting as it is heartbreaking. It feels necessary. That lights a burning torch inside you.”

‘No Gods No Masters’ will be released on June 11, along with a deluxe CD/digital version featuring covers of David Bowie’s ‘Starman’ and Because the Night, written by Patti Smith and Bruce Springsteen. Pre-orders are available here.

The Men Who Rule the World tracklist is:

The ‘No Gods No Masters’ deluxe edition tracklist is:

The band will also be heading out on a UK tour dates with Blondie this winter. Full dates are below and tickets are available here.