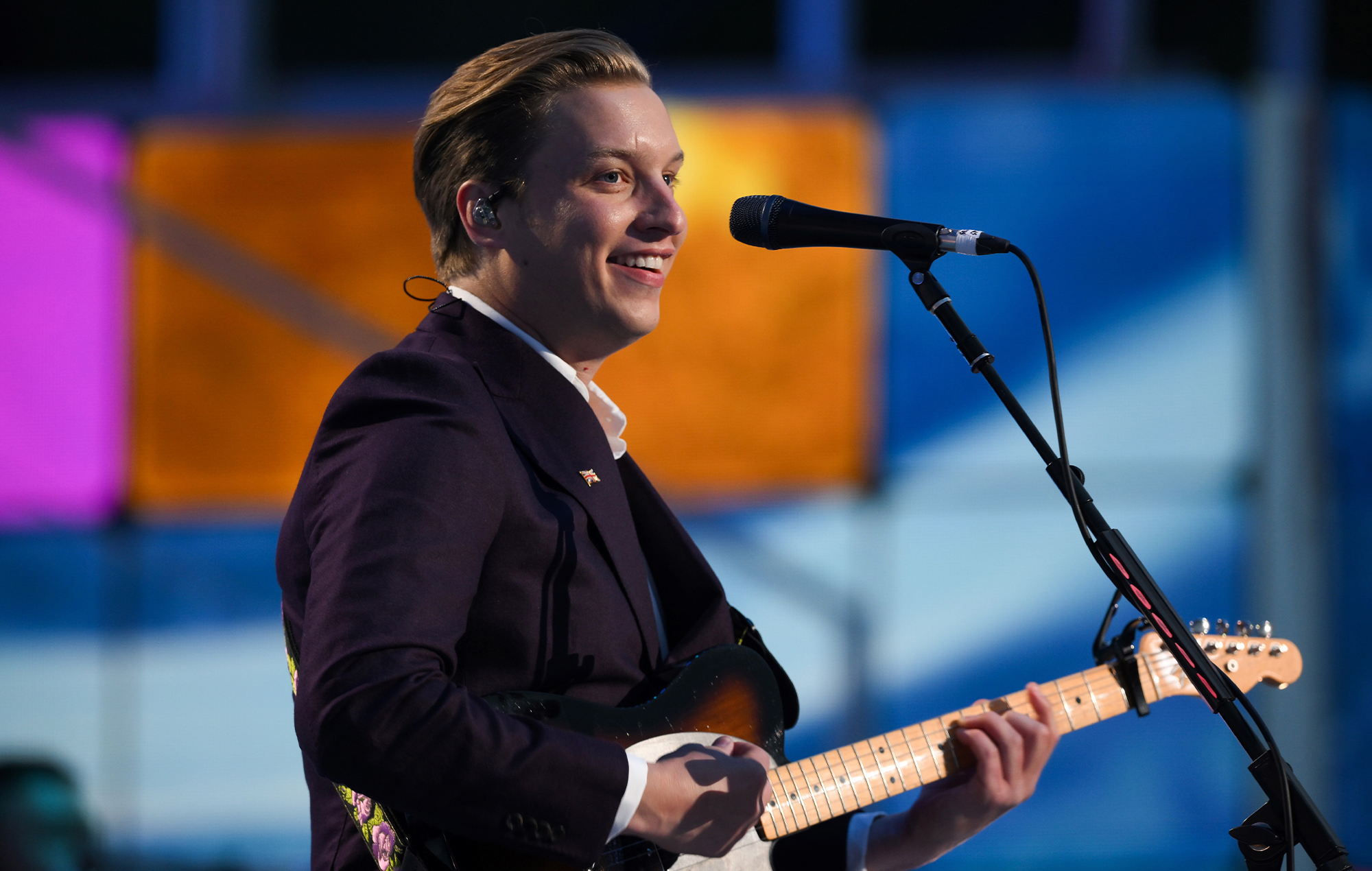 George Ezra has confirmed himself for a secret set at Glastonbury 2022 today (Sunday June 26).

The singer-songwriter has been rumoured for an appearance after an image of a sign revealing his set appeared online. Now, Ezra has taken to Twitter to confirm that he’ll be performing on the John Peel Stage at 2pm today, promising “a big old party”.

Ezra’s rumoured set was put into doubt after he cancelled a gig in Denmark earlier this week due to illness.

Another act to perform surprise secret sets across the weekend was IDLES, who played their debut album ‘Brutalism’ in full on the BBC Introducing Stage yesterday. There is another secret set at The Park Stage at 6.15pm, which has been confirmed as Jack White.

After Billie Eilish headlined day one of Glastonbury alongside Foals topping the bill on the Other Stage, last night saw a spectacular Pyramid Stage closing set from Paul McCartney – where he was joined on stage by Dave Grohl and Bruce Springsteen. Megan Thee Stallion meanwhile, headlined The Other Stage last night.

‘Gold Rush Kid’ is the latest album by Ezra and was released earlier this month.

A review of Ezra’s album from NME said: “The effusive ‘Gold Rush Kid’ sees Ezra marvel at his status as one of the UK’s most successful singer-songwriters of the past decade – his debut recently went five times Platinum – with a title track that sees him awed by the unexpected nature of his situation.

“‘I’m the gold rush kid / Robbing the bank,’ he sings giddily over a caffeinated drumline so demanding and bouncy it could spur on a conga line. It’s a fun and curious ditty, yet the songwriting frustratingly positions Ezra as someone who got lucky, rather than an ambitious auteur ready to set his own fate after years of hardship.”

Check back here for the latest news, reviews, interviews, photos and more from Glastonbury 2022.