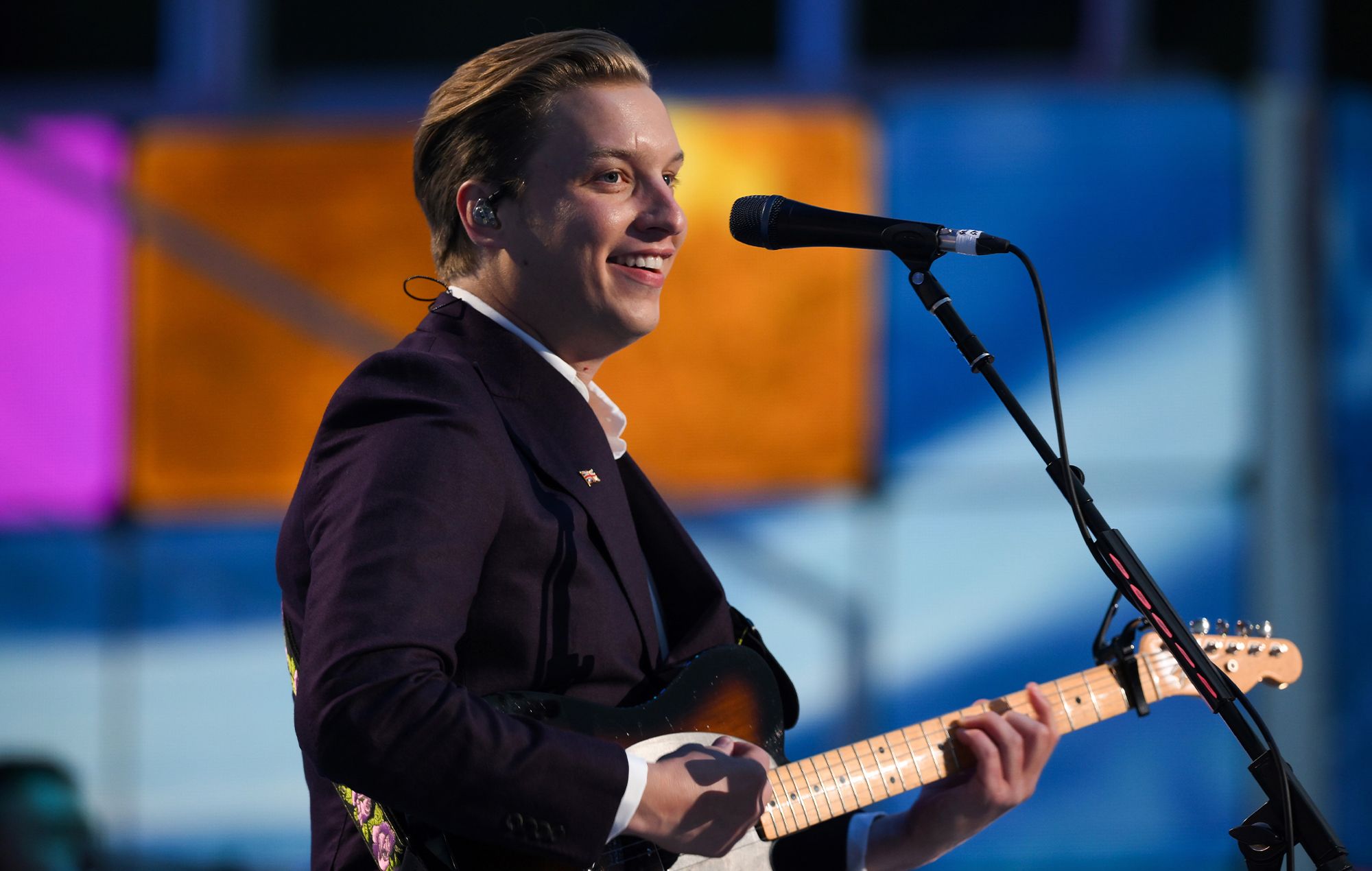 Fans online think they’ve worked out that George Ezra could be playing a secret set at this year’s Glastonbury Festival.

A sign from Worthy Farm revealed that the ‘Gold Rush Kid’ would be on stage in the John Peel tent from 2pm on Sunday June 26.

‘Gold Rush Kid’ is the latest album by Ezra and was released earlier this month. The sign has led fans to speculate that Ezra may be the act now appearing in the John Peel tent on Sunday in the ‘TBC’ slot.

A review of Ezra’s album from NME said: “The effusive ‘Gold Rush Kid’ sees Ezra marvel at his status as one of the UK’s most successful singer-songwriters of the past decade – his debut recently went five times Platinum – with a title track that sees him awed by the unexpected nature of his situation.

“‘I’m the gold rush kid / Robbing the bank,’ he sings giddily over a caffeinated drumline so demanding and bouncy it could spur on a conga line. It’s a fun and curious ditty, yet the songwriting frustratingly positions Ezra as someone who got lucky, rather than an ambitious auteur ready to set his own fate after years of hardship.”

This year’s festival, which is set to kick off at Worthy Farm next week, will see headline slots from Billie Eilish, Paul McCartney and Kendrick Lamar between June 22-26.

It will be Glastonbury’s first edition since 2019, with both the 2020 (due to be headlined by McCartney, Lamar and Taylor Swift) and 2021 festivals both cancelled due to the coronavirus pandemic.

Diana Ross will appear in this year’s ‘Legends’ slot.

Michael Eavis previously opened up about this year’s Glastonbury by saying that it’s “going to be the best show ever”.

The festival organiser, who was speaking to Andy Bennett from BBC Sounds, added: “We’re going to run a really brilliant show this year, and it’s going to be the best show ever I’m quite sure. People are so excited to come back… they’re really looking forward to coming back… it’s going to be quite the exceptional event.”