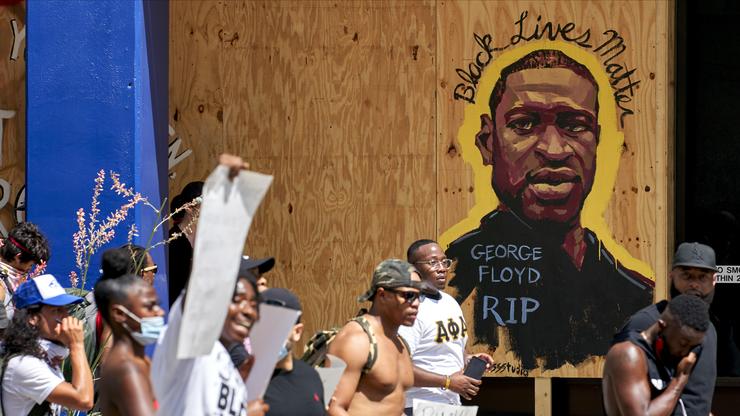 George Floyd’s public memorial in his hometown of Houston, TX is currently being live-streamed.

It’s been nearly two weeks since the untimely death of George Floyd who died at the hands of police officer Derek Chauvin. Protests have erupted across the nation with demands for justice.

Today, his public funeral is being held in his hometown of Houston, TX where thousands are expected to gather to pay their final respects. The public funeral is expected to last six-hours in anticipation for the large crowd. Of course, with social distancing measures in place, only a limited amount of people will be allowed in at a time. Masks are mandatory with a maximum of 15 people allowed in at a time. Tomorrow, a private funeral service will take place along with a burial service in the Houston suburb of Pearland, next to his mother.

Joe Biden, Houston Mayor Sylvester Turner and Jamie Foxx are among the high-profile figured in attendance.