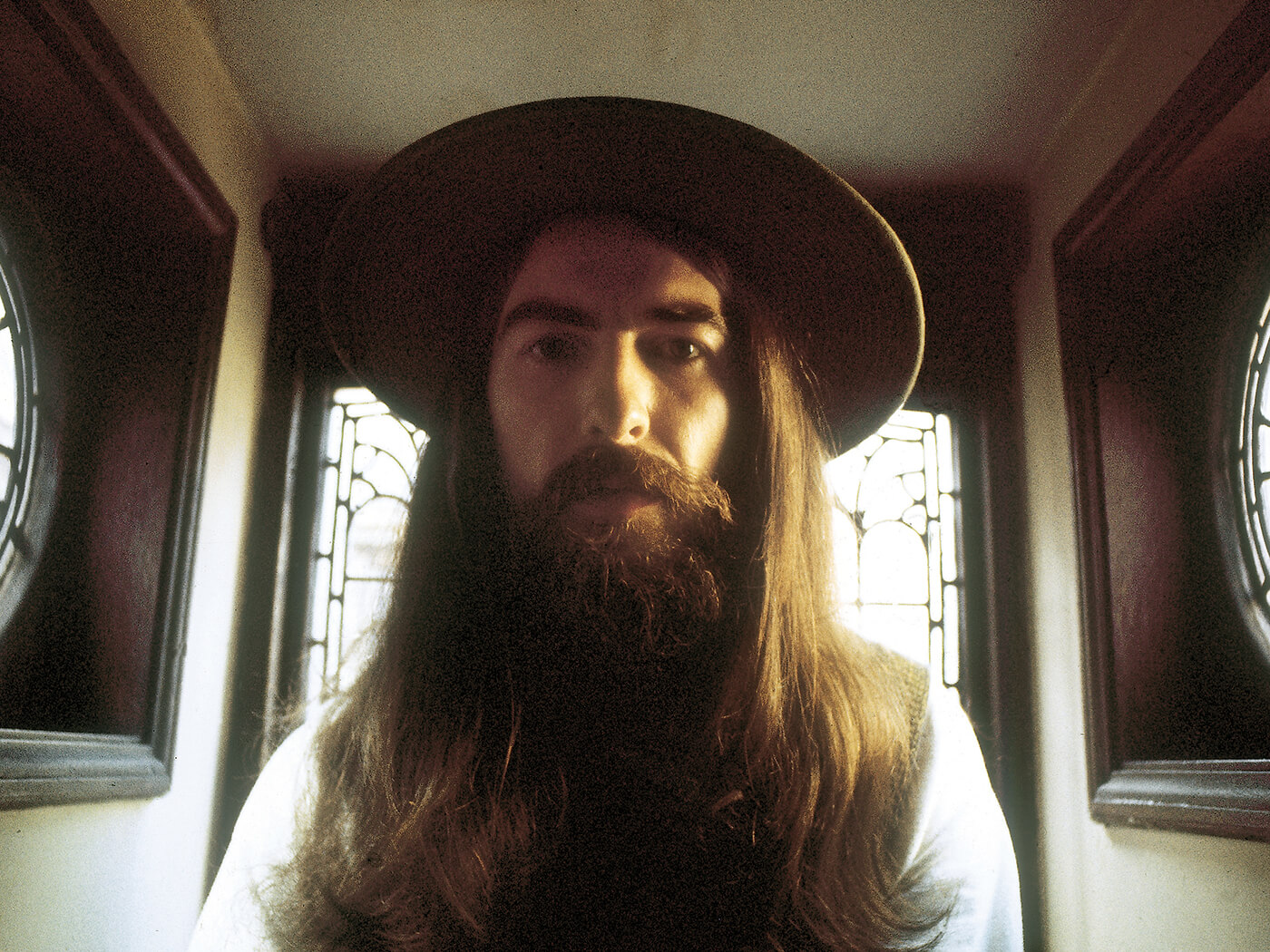 For a while now, 51 years maybe, there’s been talk of de-Spectorising All Things Must Pass, of wiping away the reverb like grime from a golden murti. Phil didn’t make it easy, though: rather than adding effects during mixing, the layers of echo that cloud this motherlode of songs and jams are often baked onto the tapes themselves.

This 50th-anniversary edition, therefore, is not the clear and crisp version of All Things Must Pass that’s hovered in some people’s imaginations for decades like some audiophile Holy Grail, as sparse and dry as 1973’s Living In The Material World. On this new mix by Paul Hicks, the fog is very much there, but a little daylight (good at arriving at the right time, you may recall) has been let in. The breadth and ambition of All Things Must Pass remain astounding in better definition: for a sense of scale, George’s contributions to the White Album total 13 minutes, while All Things Must Pass is itself 13 minutes longer than the entirety of The Beatles.

The most striking difference here is Harrison’s voice, set forward, intimate and relatively dry, so that quivers or inflections in his singing that might have been subsumed in the mush are unearthed. Instrumental parts are also clearer: the acoustic guitar picking, timpani rolls and low, buzzing synth on Isn’t It A Pity, the subtleties in the drums on I’d Have You Anytime, every curlicue of Pete Drake’s pedal steel, even the maelstrom of free-jazz horns and guitars at the end of the immense Let It Down. Harrison’s masterful slide guitar parts (he had only taken up the technique the year before) are even more striking in this new setting.

If we don’t get an entirely new All Things Must Pass though, what we do get are a number of hypothetical alternative versions. For an ATMP where Harrison’s passion for The Band and John Wesley Harding-era Dylan takes precedence, check out day one’s acoustic guitar, drums and bass demos of Behind That Locked Door, Dehra Dun, I Live For You, a slower, funkier My Sweet Lord or the Bob co-write Nowhere To Go, or day two’s plaintive Run Of The Mill or a dirgier Art Of Dying. As an album, it would have been no starker than Plastic Ono Band, released two weeks later.

However, if Harrison had only had ears for the soulful gospel and R&B he loved around that time, then electric band demos of What Is Life, Awaiting On You All and Going Down To Golders Green give a good idea of what might have arisen. For some other avenues ripe for exploration, see the Fabs-y garage of the I Dig Love demo, a solo Hear Me Lord that’s today reminiscent of something baked and slow from Neil Young’s Zuma, or the three-minute demo of Isn’t It A Pity, which shines a light on how the song could have sounded if The Beatles hadn’t rejected it for Revolver.

The two discs of proper early takes demonstrate how the final recordings came together through live performances, with Harrison refusing to dictate what the musicians played after suffering such treatment at the hands of top songwriting duo Lennon-McCartney.

The first take of Wah Wah is already a whirlwind of sound, pretty much ready, with just vocals to be improved; take 27 of the second version of Isn’t It A Pity is almost done. Some tracks are presented in more embryonic states: take five of I’d Have You Anytime, with its overbearing drums and Spector-ish grand piano, shows little sign of its later spectral grace, while take 36 of Run Of The Mill opens with harmonised lead guitars which are a little too bombastic for such a thoughtful piece. Other highlights include take five of Hear Me Lord, nine minutes that culminate in a hypnotic, spiralling outro, and a funkier take on What Is Life, with Harrison’s voice raspily throwing forward to 1974’s Dark Horse. Curiously, like Lennon during the Plastic Ono Band sessions, he also has a jam on Get Back.

The genius of the completed All Things Must Pass is that Harrison managed to combine all those possible results into a cohesive whole that sounds like little else. Excavating all the possible permutations is an illuminating exercise, but in the end you’ll most likely find that you prefer the original record – tapestries do have a habit of ceasing to exist when they’re unpicked.

This is a world where the thundering tumult of Wah Wah happily sits alongside the Greenwich Village folk of Apple Scruffs or the soul groove of I Dig Love, and a lot of that success is down to the echoey fug laid by Spector around most of these songs, like the accessory that completes a whole outfit. It’s the holy haze of voices, the distant clang of massed instruments, that elevates and unifies this album’s spiritual hymns of longing and its earthly tales of desire and pain.

Harrison may be the best-loved Beatle in 2021; his grace, humour and spiritual searching feel very relevant to now. Musically, too, he seems to make sense in our anxious times: the most played Beatles song on streaming services, by a country mile, is Here Comes The Sun. This new mix updates his finest work for today, in greater detail than ever before, while still managing to retain the atmosphere that binds these 106 minutes together. It seems a mind can blow, at least some of, those clouds away.