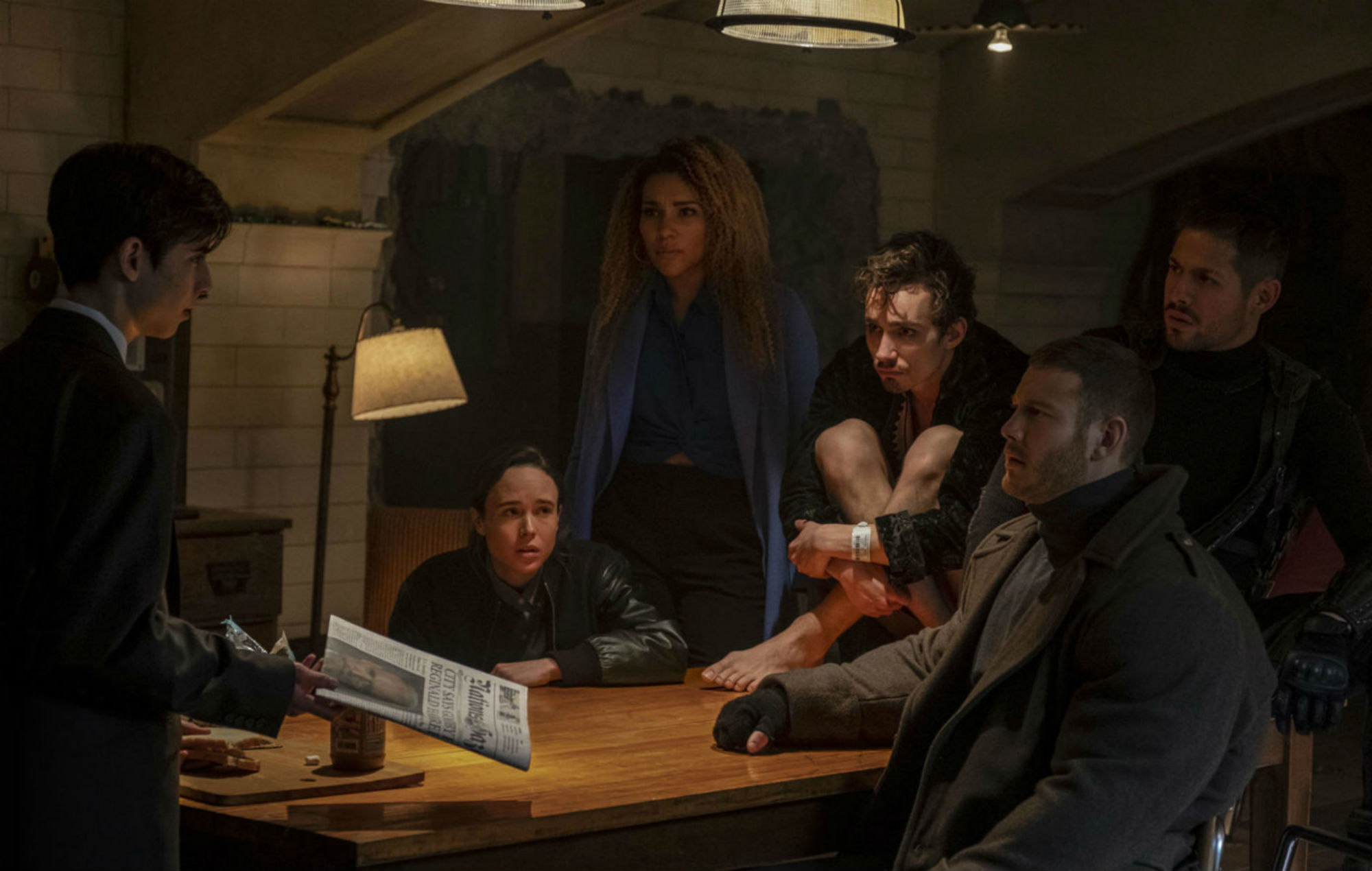 Gerard Way has shared a new poster teasing the second series of The Umbrella Academy, the Netflix series based on the My Chemical Romance frontman’s graphic novels.

Way shared an image of the series’ central cast wearing sunglasses in front of a black and white spiral, with the caption: “Let’s do the Time Warp again…” The new episodes are due to arrive on Netflix on July 31.

Umbrella Academy focuses on a dysfunctional family of adopted sibling superheroes who reunite to solve the mystery of their father’s death and the threat of an impending apocalypse. The first run of episodes aired last year.

Let's do the Time Warp again…

Way’s initial graphic novels, illustrated by Gabriel Bá, were released between 2007 and 2013, and were then revived in 2018. A new instalment is due this year.

Speaking to NME last year, Way described the graphic novels as “my way of processing the experience My Chemical Romance had if I’m being totally honest.”

He said: “The Umbrella Academy have each other’s backs, but they often don’t see eye to eye, and each member of the team has their own personality and what they bring to the family group. The chemistry of that is really interesting to me. I can see the guys from the band in each of the characters. And people I met on the road too. And there’s a lot of stuff in there about fame as well.”

Meanwhile, it has been announced that three new actors will join The Umbrella Academy‘s cast for the new series, Ritu Arya, Yusuf Gatewood and Marin Ireland.