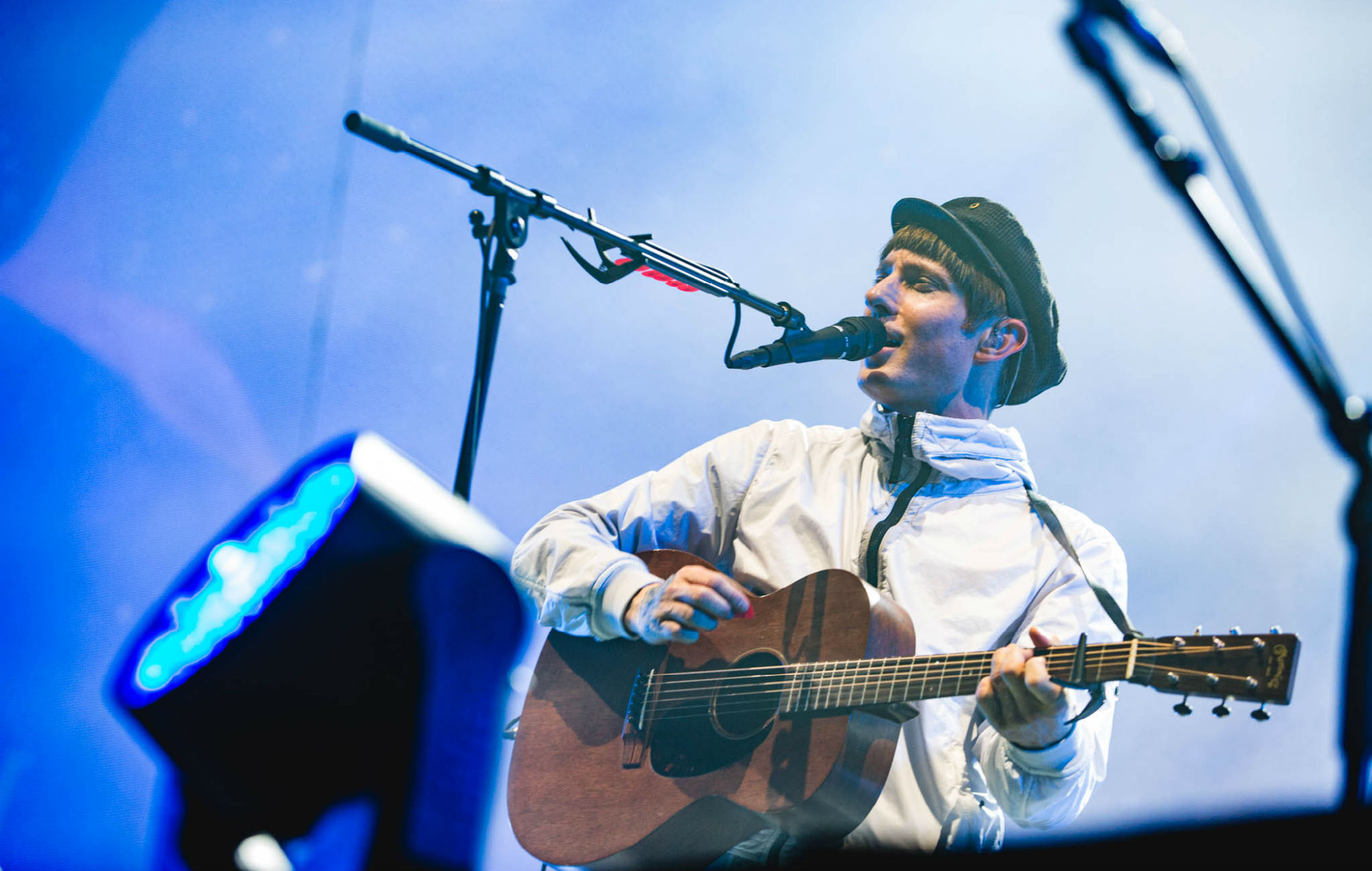 Gerry Cinnamon is set to release a new version of his second album, ‘The Bonny’ – and it includes a new single, ‘Ghost.’

The new version of the album, which is described by Cinnamon as the “definitive” edition will also include newly recorded versions of ‘Kampfire Vampire’ and ‘Fickle McSelfish.’

‘Ghost’ along with the digital version of ‘The Bonny Definitive’ album will be available for digital download tomorrow (November 13).

Both the CD and vinyl releases of the album, which arrive on December 11, have new artwork which was taken from the series used for the alternating covers on the original pressing of the album. You can see the new artwork below.

Speaking about the new version of the album, Cinnamon said: “Been waiting a long time to get those tunes back. Should have been on the first album but that’s what happens when you trust the wrong people.”

He went on: “’Ghost’ was written around the same time as ‘Kampfire Vampire’, ‘Fickle McSelfish’, and ‘Roll the Credits’ so it’s good to have them all on the same record.”

New definitive version of “The Bonny” Out Midnight. Featuring new single “Ghost” + new recordings of “Kampfire Vampire” & “Fickle McSelfish” Been waiting a long time to get those tunes back. Should have been on the first album but that’s what happens when you trust the wrong people. Ghost, Kampfire, Fickle and Roll the Credits were all written around the same time so it’s good to have them all on the same record. Hope everyone’s keeping mentally solid. Don’t let the bastards get to you. Cheers Gx ———— Pre-order new CD + special “Lyric Etched” Double Vinyl @ link in bio

Back in April, Cinnamon announced that he was rescheduling some of his biggest shows to date due to the coronavirus pandemic.

The Scottish singer-songwriter, who was originally set to play the biggest show of his career at Glasgow’s Hampden Park this summer, will now play the date on July 17 2021.

Similar sized dates at Cork’s Irish Independent Park and Belfast’s Belsonic festival will now take place on June 18 and 19 2021. A third show at Dublin’s Malahide Castle is also set for June 20 of the same year.

Cinnamon is also set to play Reading and Leeds festival next August.

Reviewing ‘The Bonny’, NME’s Damian Jones said: “The outstanding ‘Where We’re Going’ reminds us of better times. A perfect partner to ‘Erratic Cinema’s ‘Sometimes’, this fist punching festival anthem in waiting is easily the best song on the album and the track that’ll constantly be on repeat on lockdown playlists.

“Elsewhere, the menacing Spaghetti Western infused ‘Mayhem’, shows how far the Glaswegian’s songwriting skills have come. Opening with a lo-fi mariachi strum, the track bursts into a thumping widescreen banger.”