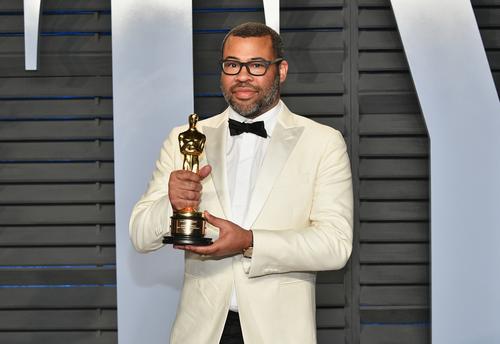 Get Out is definitely the left–field success story 2017. Peele’s directorial debut is a modestly-budgeted film from a first time screenwriter, possessing a unique cinematic vision amid the project’s horror genre overhaul. However, since its debut, the film was ridden a ceaseless wave critical acclaim and audience adoration, all while becoming a box fice smash in the process.

During last night’s proceedings held at the Kodak Theatre in Los Angeles, Peele was the recipient the Best Original Screenplay Oscar, joining an illustrious cinematic tradition bold and exceptional narratives manifested on the big screen.

Peele is no stranger to sharing his thoughts through Twitter, connecting with his sizeable fan base through short and witty pieces prose. Last night was a little different, as the former Key & Peele star took to social media to express his utter disbelief at leaving last night’s ceremony an Academy Award winner. Additionally, Peele also became the first African American to be awarded the Best Original Screenplay Oscar, making his victory even more meaningful.

Peele began his telling his fans “I love you guys. Here we go,” seemingly unaware his future trip to the podium.

However, after having collected his first Academy Award, Peele was a little awe-struck by the honour.

From thereon out, Twitter took to congratulate the writer/director on his achievement. Here are some notable celebrity reactions:

Even his former costar Keegan-Michael Key was quick to congratulate his pal Jordan Peele on his memorable victory: