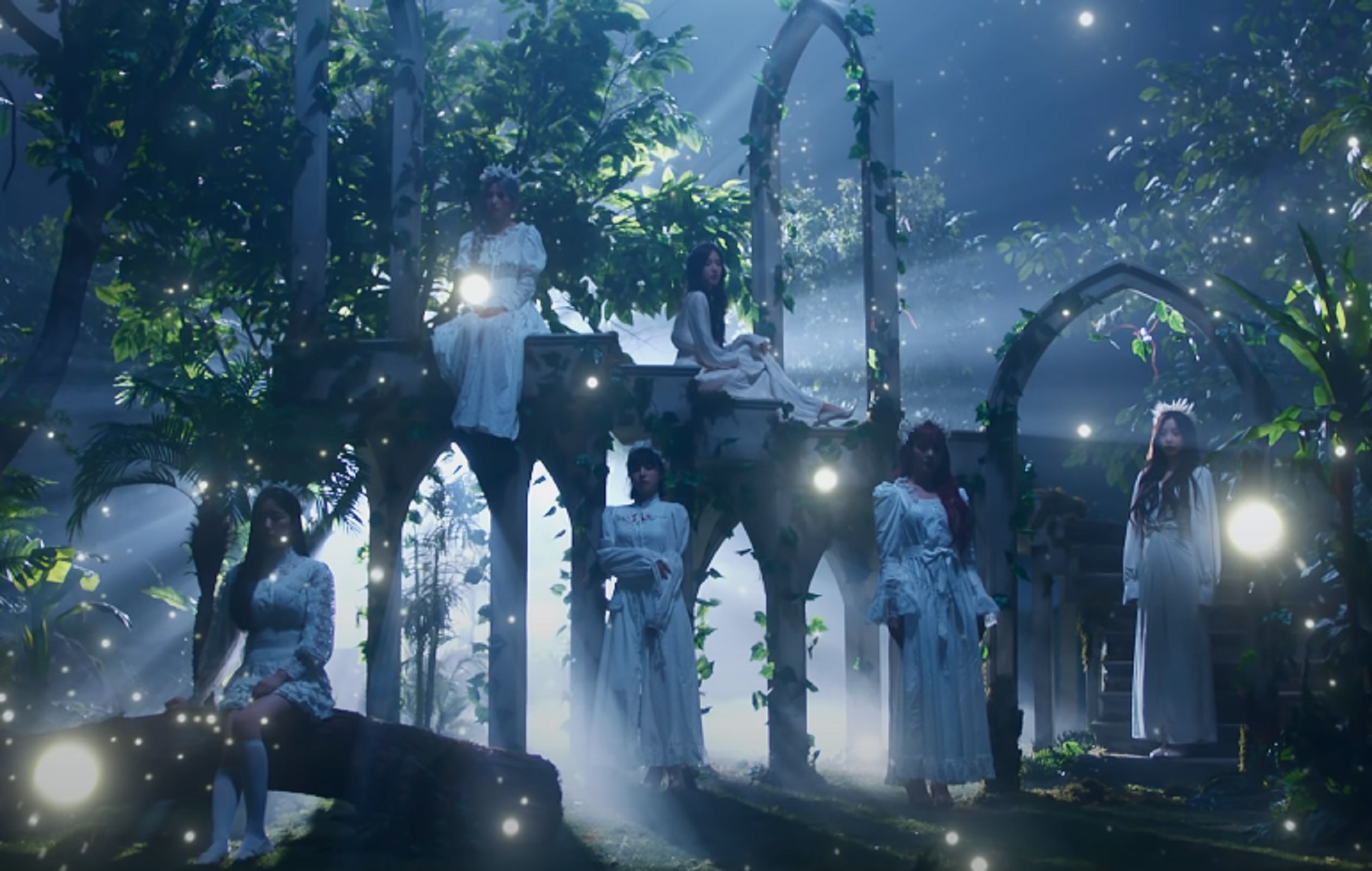 (G)I-DLE have dropped a mystical teaser for their upcoming track, ‘Last Dance’.

The clip features the South Korean girl group in a fantastical forest brimming with what seems to be a swarm of fireflies. At the end of the video, the members are seen gazing at a mysterious sparkling sphere. The track, produced by GroovyRoom, and the music video are set to come out on April 29.

(G)I-DLE recently re-recorded ‘Last Dance’ as a five-member group, without vocals from sixth member Soojin. The singer was cut from the project after discussions between (G)I-DLE’s agency CUBE Entertainment and the community app UNIVERSE, with which the song is set to be released in collaboration.

The platform noted in a statement to Dong-A Ilbo, as translated by Soompi, that its decision to re-record ‘Last Dance’ stems from “an issue” related to Soojin that “occurred in March”. In addition, the music video will also be re-edited to minimise her appearance.

(G)I-DLE’s most recent release was the mini-album ‘I Burn’, which was released in January. The project featured the single ‘HWAA’, which became their best-charting song on the Gaon Digital Chart, peaking at number four.


In other K-pop news, ITZY are set to release their fourth mini-album ‘Guess Who’ on April 30. In anticipation of the project’s release, the girl group have released a dramatic teaser for title track ‘Mafia In The Morning’, as well as a three-minute medley that includes shorts snippets of all six songs from the release.