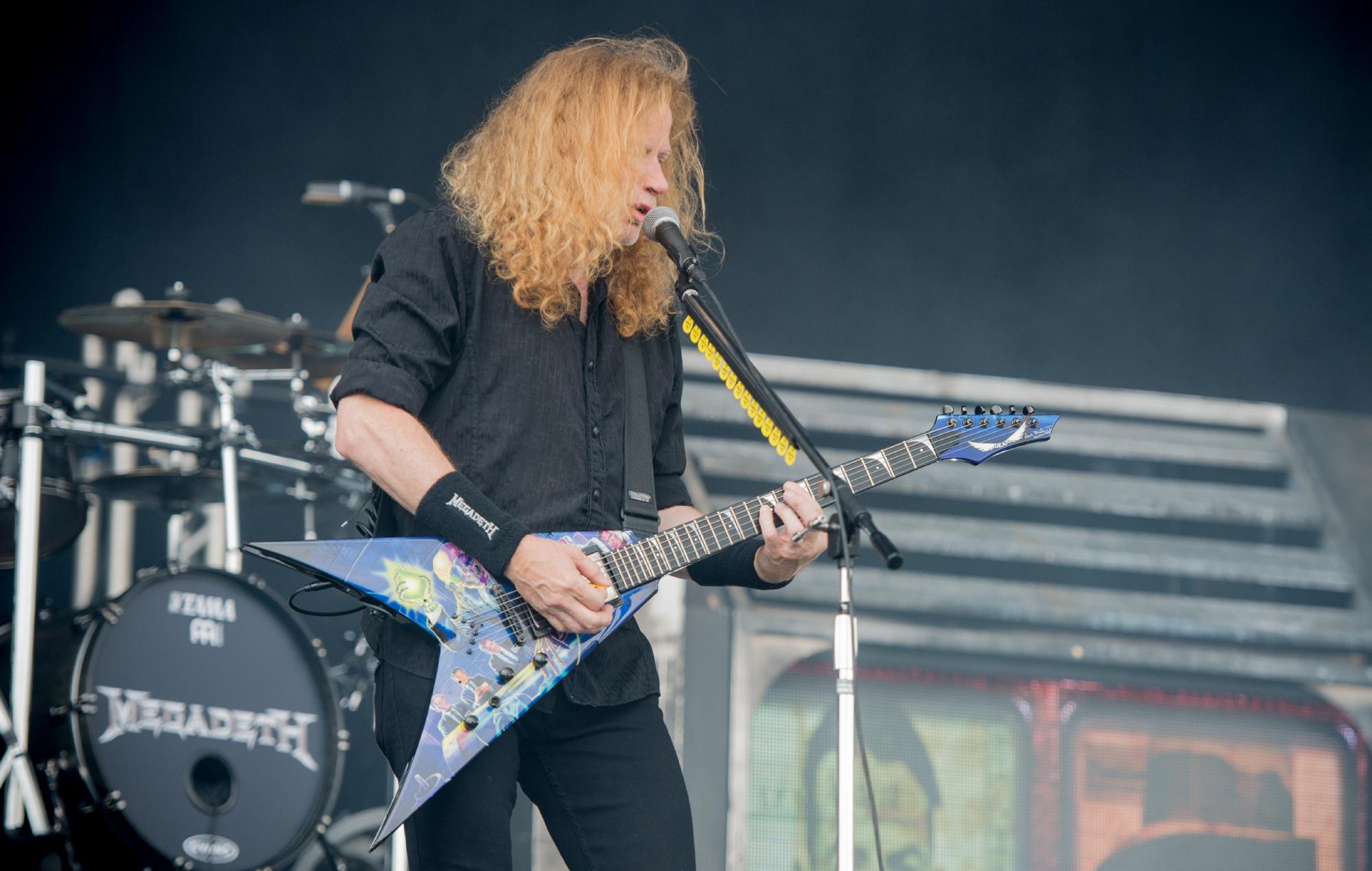 The Flying V model guitar has already sold out, although would-be buyers of the Megadeth frontman’s guitar may be able to purchase it again next year on a larger run. See more details about the guitar here.

Titled ‘The Dave Mustaine Gibson Flying V EXP’, the guitar comes in antique natural and silver metallic finishes. It was made available only by calling the Gibson Garage directly and placing an order.

“The 25.5” scale mahogany neck has an ebony fretboard with a compound fretboard radius, 24 medium jumbo frets, mother of pearl ‘teeth’ inlays, an Explorer-style headstock with Grover Mini Rotomatic tuners with kidney buttons and a Graph Tech nut. The mahogany Flying V-style body is equipped with a Tune-O-Matic bridge, a Stop Bar tailpiece and a pair of Mustaine’s signature Seymour Duncan Thrash Factor pickups.

The guitar also comes with a hardshell case.

Starting today, the Dave Mustaine Flying V™ EXP in Antique Natural and Silver Metallic finishes is available on https://t.co/Uz7CR8hUph and at select global dealers in very limited quantities. A wider release of units is planned for February 2022. #gibsonhttps://t.co/2Wlkzt8a3X

LoudWire has reported that the guitar is expected to release again on a larger production run in February 2022.

Earlier this year, Mustaine revealed that he had switched his electric guitar allegiance to Gibson, at that time previewing the Flying V EXP as well as three other upcoming signature models: a green Rust in Peace edition Flying V, the Mustaine Flying V Vanguard and the Mustaine CF-100 acoustic.

Meanwhile, in other Megadeth news, the band’s long-awaited new album ‘The Sick, the Dying… and the Dead!‘ is currently set for release in spring 2022, according to a recent interview Mustaine gave to American Songwriter.

In other news, ex-bassist David Ellefson recently opened up about his firing from the band, saying in a new interview that he’s ultimately “not bitter” about their decision.

Ellefson was fired from his role in May, following allegations that the bassist groomed an underage girl online. Ellefson denied the claims, saying that “as much as it’s not something I’m proud of, these were private, adult interactions that were taken out of context and manipulated to inflict maximum damage to my reputation, my career and family”.