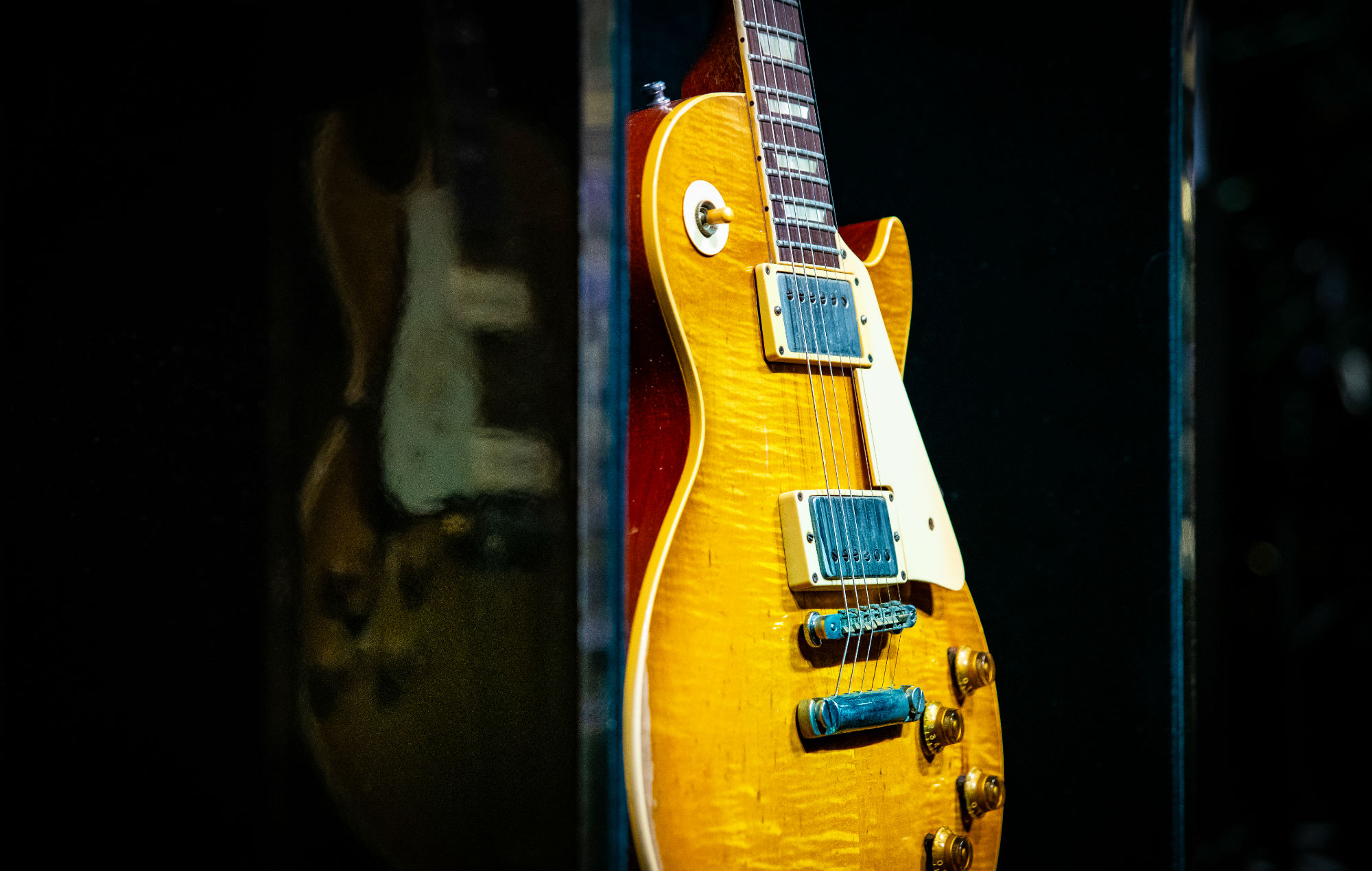 Guitar maker Gibson is reportedly planning to sell NFTs of some of its most famous guitar designs.

According to a report by Billboard, the manufacturer has disclosed its intention to sell NFTs that contain images of its Les Paul, Flying V and Thunderbird guitars – among others – to the federal trademark office.

In the documents, obtained by Billboard, Gibson Brands Inc. applied for trademarks covering the “uniquely shaped body” of six of its signature guitars.

It comes after ESP Guitars launched NFTs of some of its guitars last year as well as a number of musicians.

Earlier this month, Keith Richards announced details of a guitar-based NFT that will be auctioned off for charity this month.

The Rolling Stones guitarist has partnered with the “green NFT platform” OneOf for the auction, which will raise funds for the Grammys’ music charity MusiCares.

As well as the Richards NFT, the auction lot includes a black Gibson ES-335 electric-acoustic guitar hand-signed by Richards. A hard guitar case is also provided.

The NFT, described as “a digital version of the signed guitar”, also comes with a four-second clip of Richards signing the guitar in question at New York City’s Germano Studios “as a seal of authenticity”.

The online auction is currently taking place over at Julien’s Auctions, marking the company’s first-ever NFT sale. At the time of writing, the bidding is at $20,000 (£14,800). The auction will end later this month.

“We are honoured to be the platform to mint the first-ever Keith Richards NFT,” Adam Fell, OneOf co-founder, said in a statement. “Keith is music royalty, and we applaud him and his team for championing eco-friendly blockchain technology that can empower musicians for generations to come.”