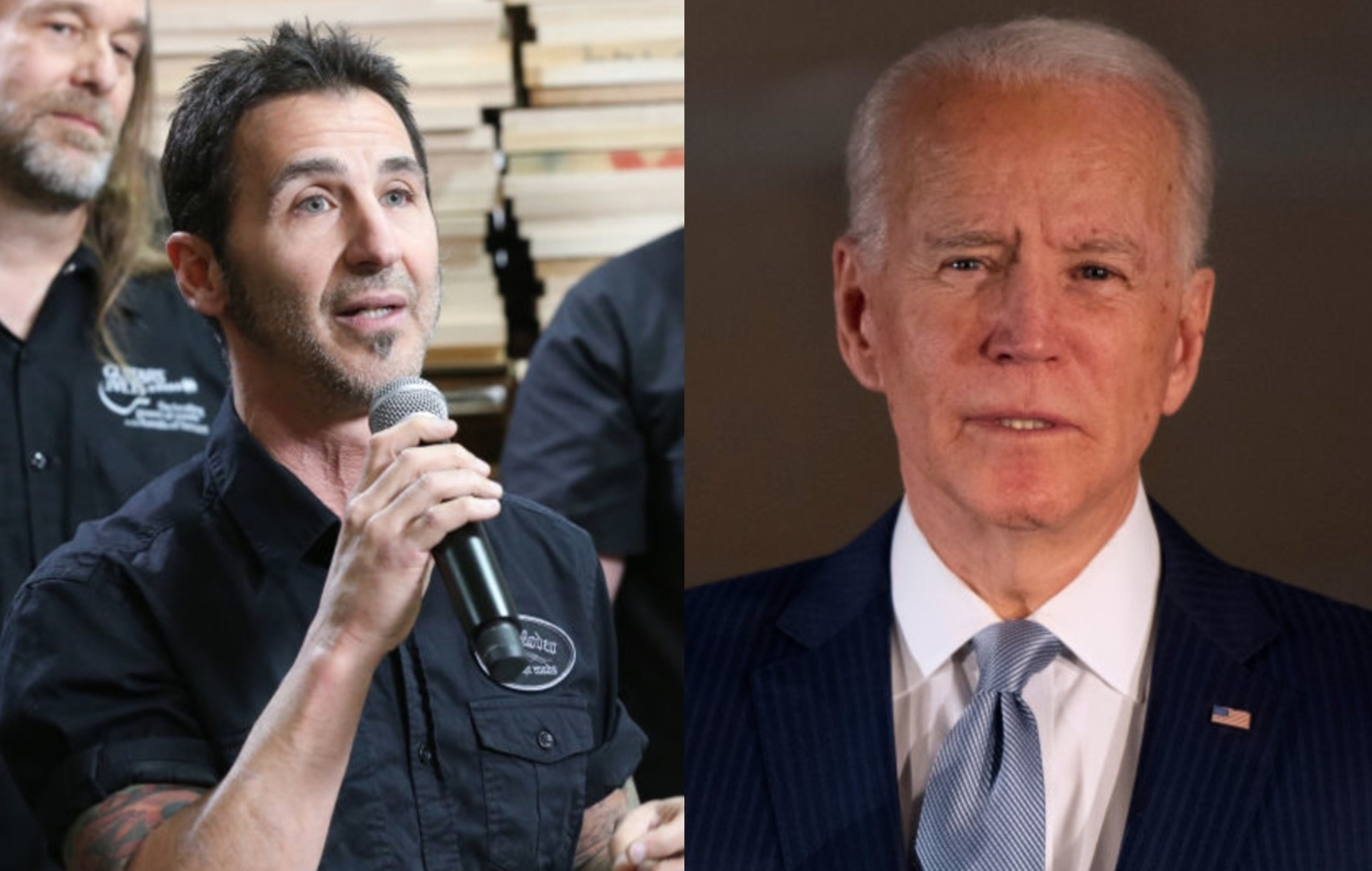 Godsmack’s Sully Erna on Joe Biden: “Do not let him control this country”

Godsmack‘s Sully Erna has spoken out about 2020 US presidential candidate Joe Biden, saying that if he gets in office “we’re gonna be really close to losing this country.”

Speaking on an episode of his Hometown Sessions internet show, Erna discussed what the United States could look like if Biden, who became the Democratic candidate in April when rival Bernie Sanders suspended his campaign, beats Donald Trump in the upcoming election.

“Are you gonna tell me that Biden’s gonna win this thing?” Erna asked, addressing the fact that several polls currently show Trump trailing Biden by double digits. “Whether it’s Trump or not, Biden’s gonna be the guy? The guy that can’t even remember his wife’s name.

He continued: “So what they’re doing is they’re trying to make as much noise as they can to say, ‘Oh, Trump’s going down and Joe Biden is the guy.’ But what I hope is going on is that when it comes time for the election, I hope all the people that are silent right now just bombard this thing and make sure that at least… I don’t care if Trump stays or goes, but do not let Biden control this country.”

Erna added that if Biden controls the US, “he’s not really controlling it – it’s all the people pulling his puppet strings that are gonna control it.”

“I guarantee you we’re gonna be really close to losing this country if that dude gets in office,” he said. “And that is not gonna be a fun place to live.

“What used to be one of the greatest countries in the world, right now it’s an embarrassment. People are laughing at us all over the globe. Even the crazy countries that we sit there and we watch the news sometimes, because they’re beheading people and doing this radical shit, and we’re, like, ‘Wow, man. [I] don’t wanna live over there,’ now, all of a sudden, those countries look at us and they’re, like, ‘What the fuck is going on in America right now? Those people are out of their mind.’”

Elsewhere in the interview, Erna touched upon the coronavirus and how he thinks it will be dealt with better once Trump is out of office.

“If [Donald] Trump stays in [office], COVID’s gonna be a big, messy pain in the ass, and there’s gonna be more people burning down Wendy’s fucking restaurants,” he said. “If Trump fucking is gone, all of a sudden they’re gonna have this miracle vaccine that those fucking liars have been holding on to.”