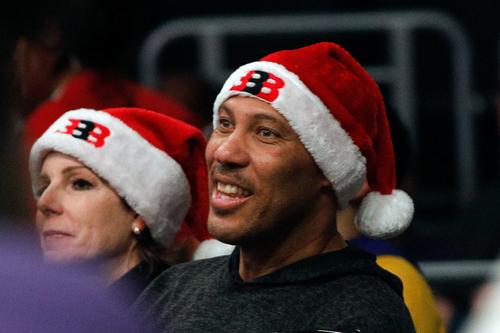 If you happened to wake up today wondering who founded the NBA and took to Google to get your answer, you’d have learned that LaVar Ball, founder the Big Baller Brand, is also responsible for starting the National Basketball Association.

A glitch in the Google system this morning meant that for a short time when users searched for “NBA founder” LaVar Ball’s smiling mug popped up.

According to ESPN’s Darren Rovell, Google isn’t sure how LaVar ended up as the “NBA Founder,” but they have since changed his short bio back to “media personality.”

“Clearly we dropped the ball,” a Google spokesperson told ESPN. “We’re taking a timeout to huddle around the issue and expect to rebound soon.”

So if not LaVar, then who? Dr. James Naismith invented the sport in the late 19th century but Rovell notes that no one person is given credit for starting the NBA. In 1949, the Basketball Association America and the national Basketball League merged to form the NBA.

LaVar does have plans to create a “Junior Basketball Association” for boys like his sons LaMelo and LiAngelo, who want to get paid for playing basketball right out high school.

The league will reportedly be funded by the Big Baller Brand and LaVar intends to pay the lowest ranked player a salary $3,000 a month and the best players $10,000 a month. The caveat – all players must agree to wear only Big Baller Brand products, including BBB shoes on the court.