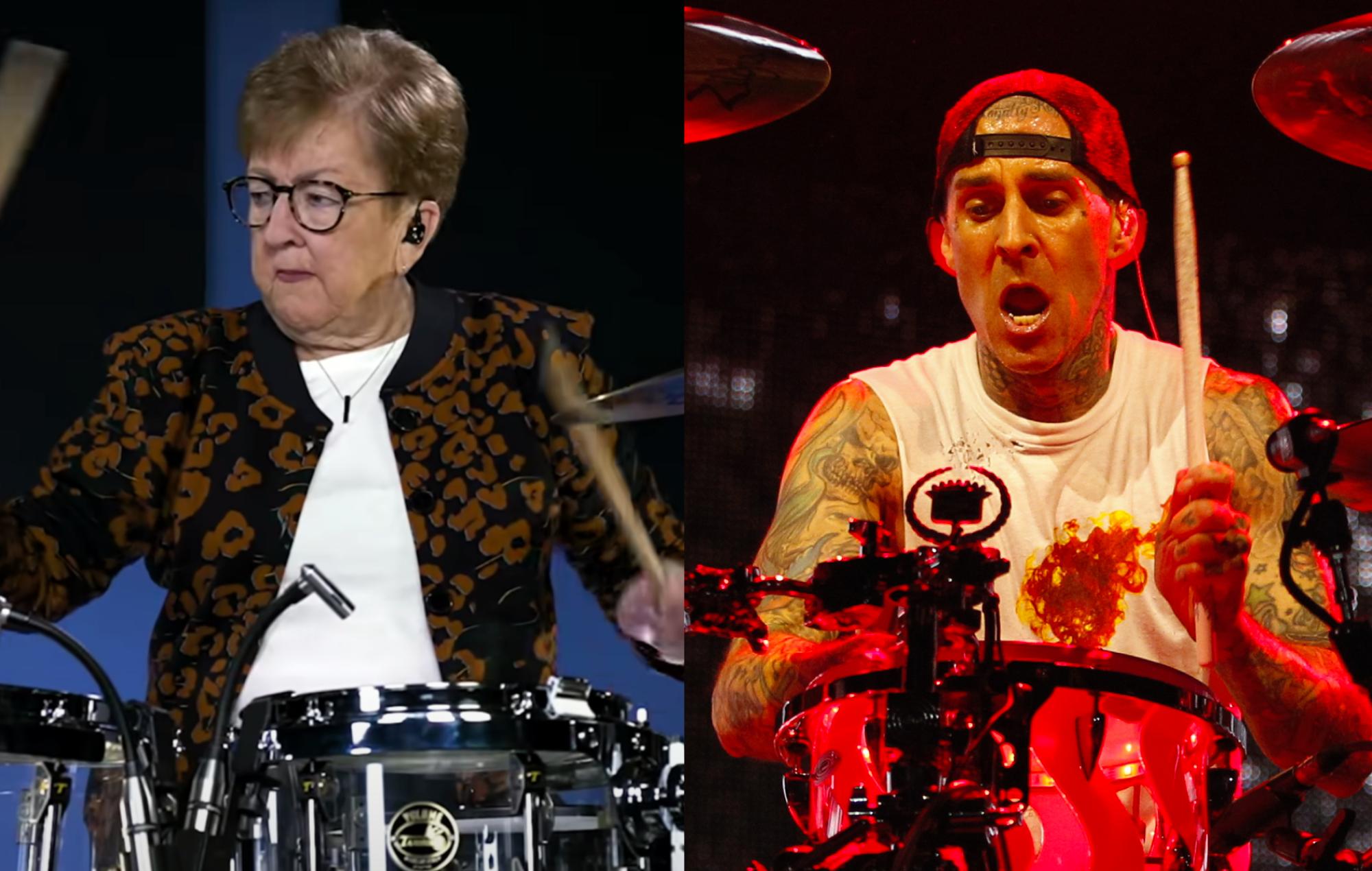 “You’re never too old, and you’re never too young, to start playing drums,” Taylor says at the end of her performance in a recorded clip, which you can watch below.

“You probably never would have expected someone like me to play along to Blink. I’ve learned my rudiments over the years and was able to incorporate and understand what Travis was playing.

“So, Travis Barker, are you watching? How about a drum battle?!”

Taylor, who’s nicknamed “The Godmother of Drumming”, made headlines last year for going viral on TikTok with 21 million views clocked at the time for a lesson on how to play doubles.

She first enjoyed viral fame in January 2020 with a drum cover of Disturbed‘s classic track ‘Down With The Sickness’, which has now registered over 15million hits on YouTube. Taylor’s popularity grew further when she shared a rendition of Paramore’s ‘Ain’t It Fun’.


Meanwhile, in Barker news, the Blink-182 drummer recently covered of Adele’s hit single ‘Easy On Me’. In a video posted to his Instagram page, Barker drummed along to the track, adding complex fills and a rock edge to it. Surging guitars can also be heard on the new version.