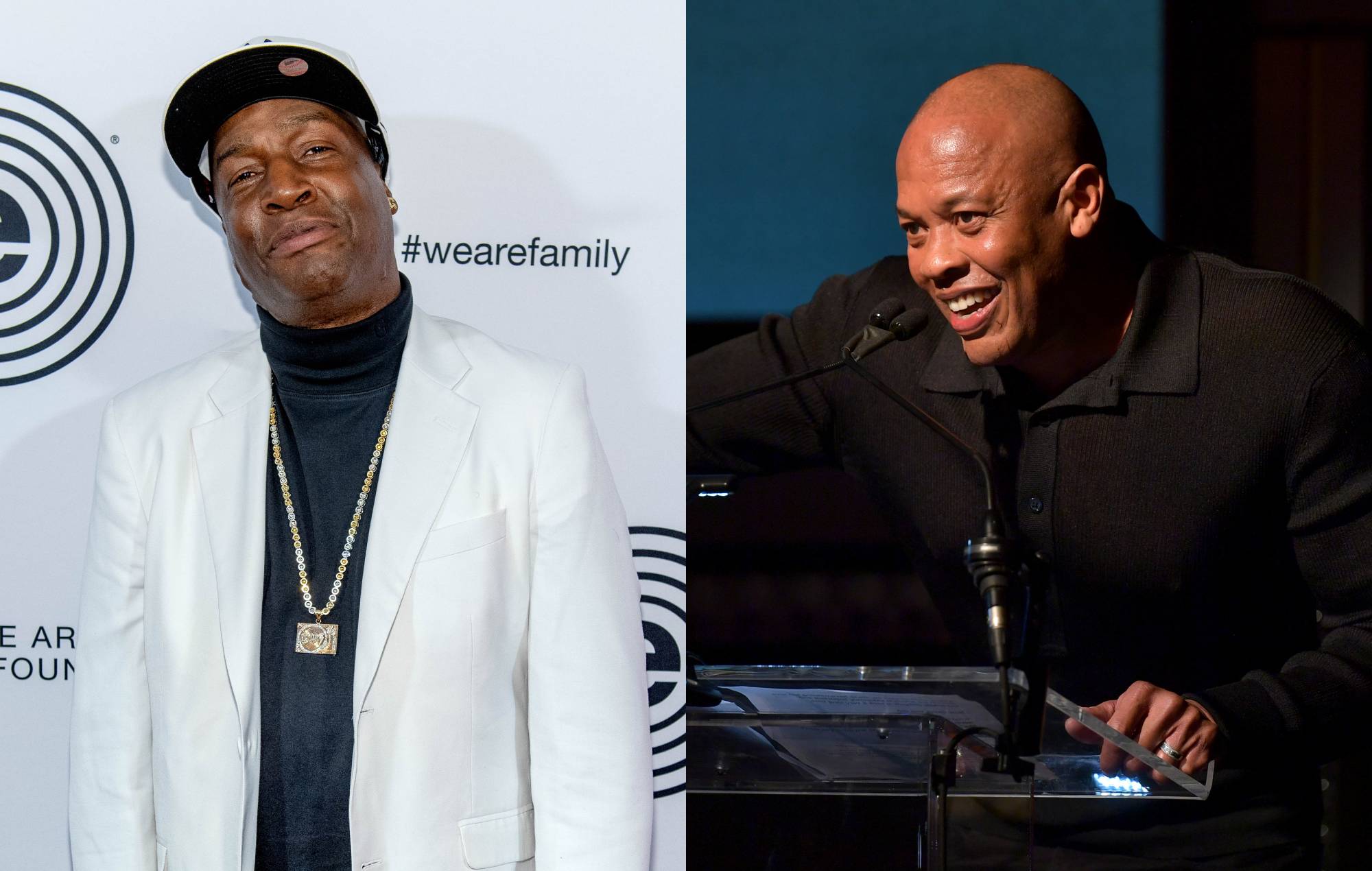 Grandmaster Flash has claimed that Dr. Dre‘s next music project “will change the game”.

Work on the record – which would be the follow-up to 2015’s ‘Compton’ – was reportedly finished back in November, but the release has still yet to be officially announced.

Posting on Instagram yesterday (August 2), the rap icon revealed that he had received an invite from Dre to visit his house in LA.

“Here in LA doing the Disco Oasis with Nile Rodgers tonite, I get a call from one of my heroes he invites me to the CRIB he takes me down to the STUDIO he played me a project that will change the game!!” the DJ wrote in the caption to the post, which you can see below.

Grandmaster Flash also called the project “totally incredible” and added that he and Dre “topped off the day for 2hrs talking about Music, Family, Health and Life”.

It’s unclear whether the “project” that Dre played Grandmaster Flash was his fabled ‘Detox’ album, which has been in the works for many years. Dre reportedly resumed work on ‘Detox’ after he returned home from hospital in January following treatment for a brain aneurysm.

Last month Dre backed T-Pain after the latter decried the state of hip-hop in a filmed rant which subsequently went viral.