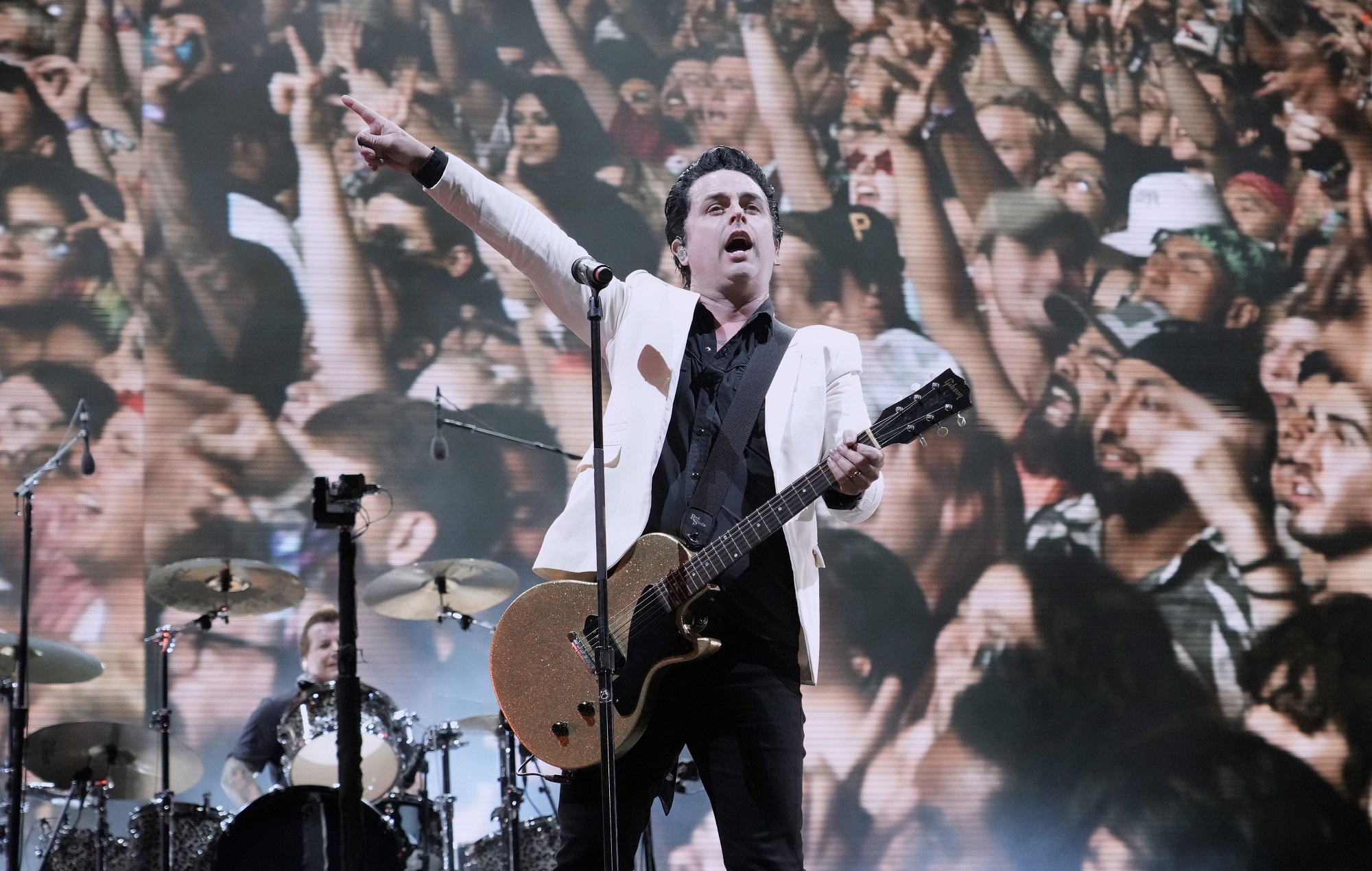 Green Day have announced they are a dropping a new single tomorrow (November 5).

The trio took to Twitter to confirm the new track ‘Holy Toledo!’, which will feature in rom-com movie Mark, Mary & Some Other People.

“We now interrupt your weekly BBC Live Sessions broadcasts to announce that we’ll be releasing a NEW song this week. ‘Holy Toledo!’ from @MarkMaryMovie is out everywhere this Friday,” they wrote.

The track follows the release of their previous 2021 singles ‘Pollyanna‘ and ‘Here Comes The Shock‘.

We now interrupt your weekly BBC Live Sessions broadcasts to announce that we’ll be releasing a NEW song this week. “Holy Toledo!” from @MarkMaryMovie is out everywhere this Friday. pic.twitter.com/lraBK1BzdY

Meanwhile, the band recently shared a 1994 performance of ‘Basket Case’ from one of the sessions that make up their ‘BBC Sessions’ live album.

Their first session was recorded on June 8, 1994, a few months after the band released their celebrated third album ‘Dookie’.

The 16-track collection will be available in multiple physical formats, including CD and limited edition 2LP vinyl versions, a Sea Blue/Hot Pink edition exclusive to the band’s online webstore, and a Milky Clear version to be sold at indie record shops.

Green Day also recently released the second part of a limited edition 7″ vinyl, which is available exclusively to subscribers to their coffee company, Oakland Coffee Works.

Part one (which is pressed on platinum white vinyl) features live versions of the songs ‘2000 Light Years Away’ and ‘She’ from their 1994 BBC Radio 1 session, while the second part (pressed on ‘deep purple’ vinyl) features ‘Basket Case’ and ‘When I Come Around’.

In other news, the band recently finished up the North American leg of their ‘Hella Mega Tour’ with Fall Out Boy and Weezer.

Rescheduled UK dates will take place next summer after multiple COVID-related delays, however, these shows are yet to be confirmed.