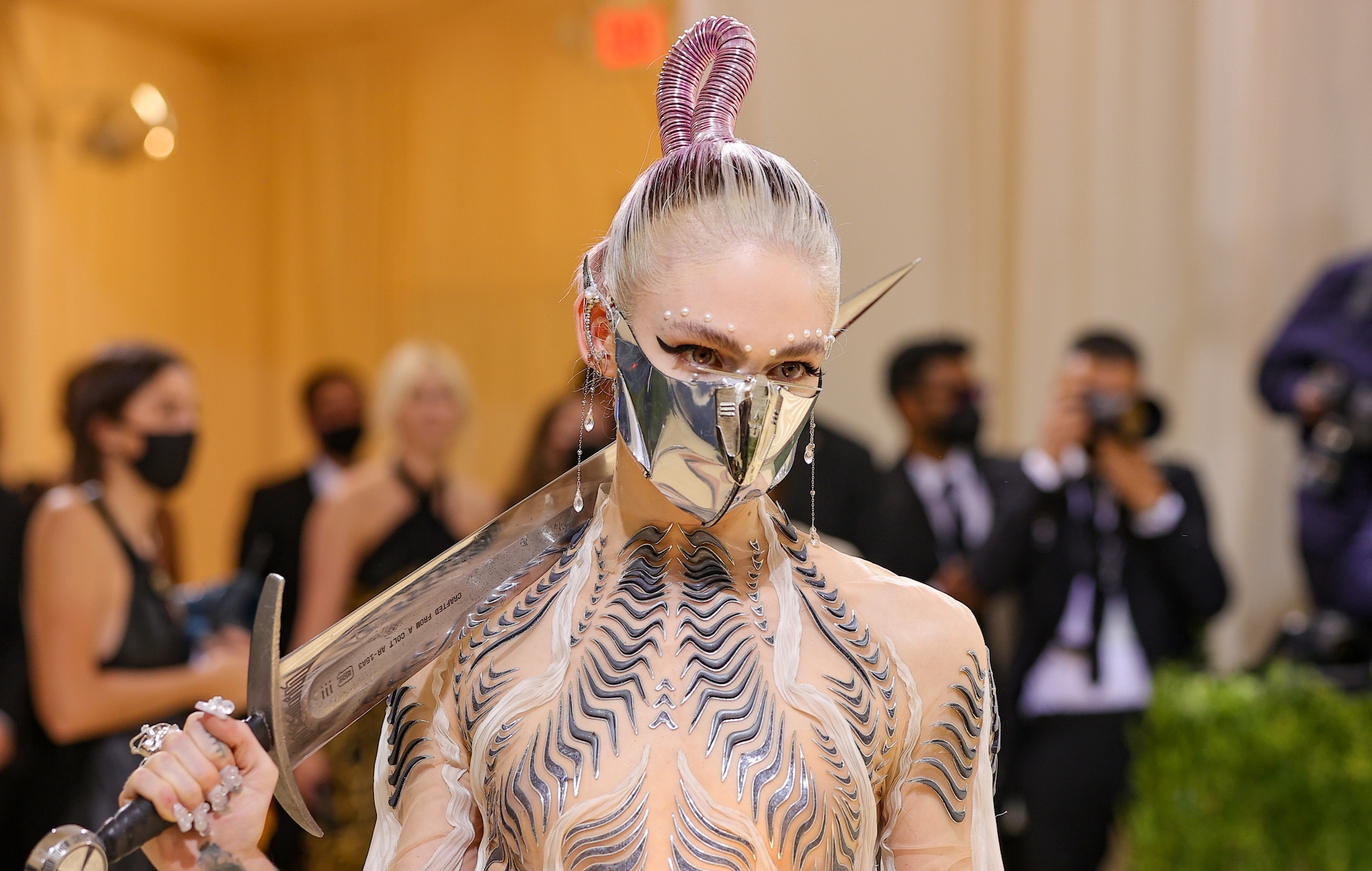 Grimes has claimed that she was fired from promoting Dune for Warner Bros as an “influencer”.

Speaking to Vanity Fair for a new cover story, Grimes shared her love for Herbert’s books, and revealed that she had dreams of directing her own Dune adaptation.

She then went on to say that she was initially hired by Warner to promote the film via her social media following. “I was basically an influencer,” she explained.

The Canadian singer and producer – real name Claire Boucher – then said that she was unexpectedly removed from the project, and says it was due to an infamous Instagram post of her posing while reading The Communist Manifesto.

“There are things that are deeply not woke in the ‘Dune’ universe,” she added.

paparazzi followed me 2 a shoot so I tried 2 think what I could do that would yield the most onion-ish possible headline and it worked haha pic.twitter.com/9w8pPwIFAq

Speaking of her reaction to Villeneuve’s Dune, Grimes said: “I was just crying my eyes out the whole movie.”

She said that the character Paul (played by Timothée Chalamet) reminded her of her son X Æ A-12, explaining: “I just know X is going to have to go through all this really fucked-up shit that sort of mirrors Paul-type stuff.”

Elsewhere in the Vanity Fair piece, Grimes revealed that she and Elon Musk have had a second child together. The pair welcomed their first son, X, in May 2020 before confirming last September that they had “semi-separated but still love each other”.

It subsequently transpired that Boucher and Musk had a baby girl last December using a surrogate mother. “She’s a little colicky too,” Grimes said of her daughter, Y (she did not disclose the child’s full name).

In the piece, interviewer Devin Gordon also compared Grimes’ upcoming “space opera”-themed album, ‘Book 1’, to seminal releases by both Smashing Pumpkins and Beyoncé, calling it “‘Mellon Collie And The Infinite Sadness’ with a hint of ‘Lemonade’.”