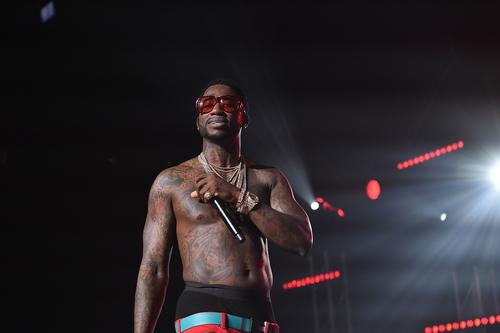 A few days a go, rumors sparked saying that Lil Pumpparted ways with Warner Bros. While there hasn’t been any confirmation, Lil Pump has alluded to the fact that he’s a free agent. Considering how hot Lil Pump is right now, it doesn’t come as a surprise that many labels have been trying to get him to pen a deal with them. It was reported that he’s looking to pen a $8-12 million deal after leaving Warner Bros. While there’s yet to be any news on who he’s signing a deal with, one particular rapper seems keen on signing Pump.

Gucci Mane is on the hunt for a new artist, it seems and Lil Pump is looking like a great prospect. After Pump posted a picture on Instagram and said, “Fuck it imma sign Lil Pump to lil pump,” Gucci Mane followed up with a comment under the photo. Gucci simply wrote, “1017 u name the price.” Pump has yet to comment back but Gucci Mane signing Lil Pump doesn’t seem like the worst idea. Maybe they’ll end up having a meeting down the line, especially if Gucci’s willing to fork out the $8-12 mill that Pump is reportedly looking for.

Aside from his interest in signing Lil Pump, Gucci Mane recently made another major feat in his career. His latest album, El Gato The Human Glacier, helped him join E-40 and Tech N9ne as one three artists to have 18 top 10 albums on the Billboard’s Top Rap Albums Charts. He’s likely to surpass both artists with his upcoming album Evil Genius.