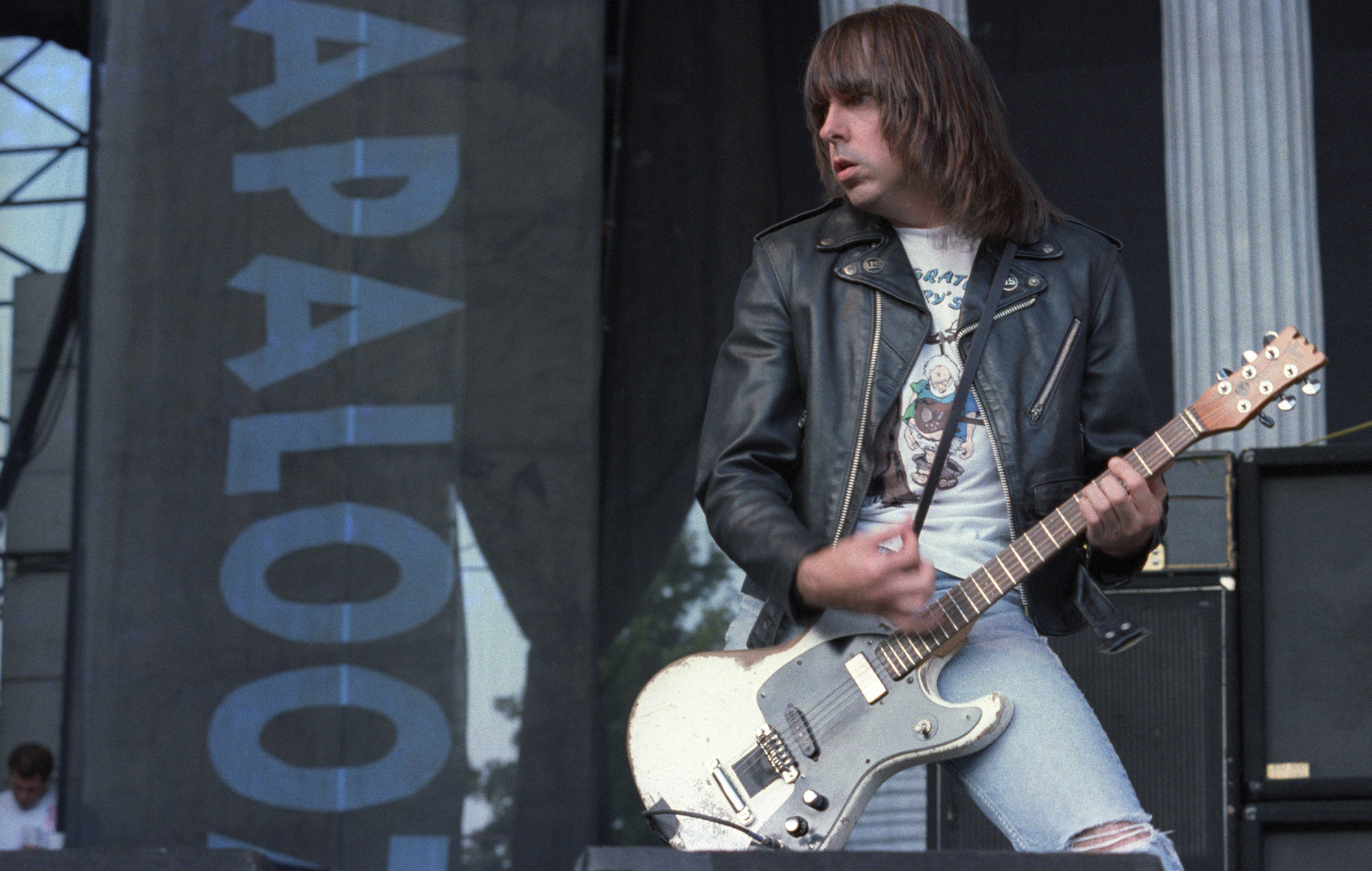 Guitar Johnny Ramone played for 20 years sells for £740,000 at auction

The 1965 Mosrite Ventures II electric guitar, among other Ramones paraphernalia, was listed by RR Auction last month. According to the auction house, Ramone – real name John Cummings – used the guitar from 1977 to 1996, playing it in all live performances, an estimated 1,985 shows in total.

The guitar also features on all 15 live and studio albums by Ramones during this period. Those include ‘Rocket to Russia’, ‘End of the Century’ and ‘¡Adios Amigos!’, the Ramones’ final album before breaking up in 1996.

The guitar was sold for £740,000 ($1million) by Daniel Rey, who produced several Ramones albums and co-wrote songs with the band.

You can see the guitar here:

Rey worked with the band on their albums ‘Halfway to Sanity’ and ‘¡Adios Amigos!’ and purchased the Mosrite guitar from Cummings in 1996. “I think he wanted to move on to the next chapter in his life. Clean house,” Rey told Rolling Stone.

According to the Vice President of the auction house, Bobby Livingston, “The consignor was thrilled with the results and is very happy that the guitar is in the hands of someone who will curate Johnny Ramone’s Mosrite for future generations to enjoy” (via Consequence of Sound).

The guitar recently finished a loan agreement with the Rock & Roll Hall of Fame in Cleveland, Ohio, which kept the piece behind glass for 25 years. It bears Ramone’s signature on the back: “Johnny Ramone, My Main Guitar, 1977-1996”.


Johnny Ramone was a founding member of the Ramones alongside vocalist Joey Ramone. Johnny died in 2004 following a five-year battle with prostate cancer.

In April, it was revealed that Joey will be portrayed by Pete Davidson in the upcoming Netflix film, I Slept With Joey Ramone.