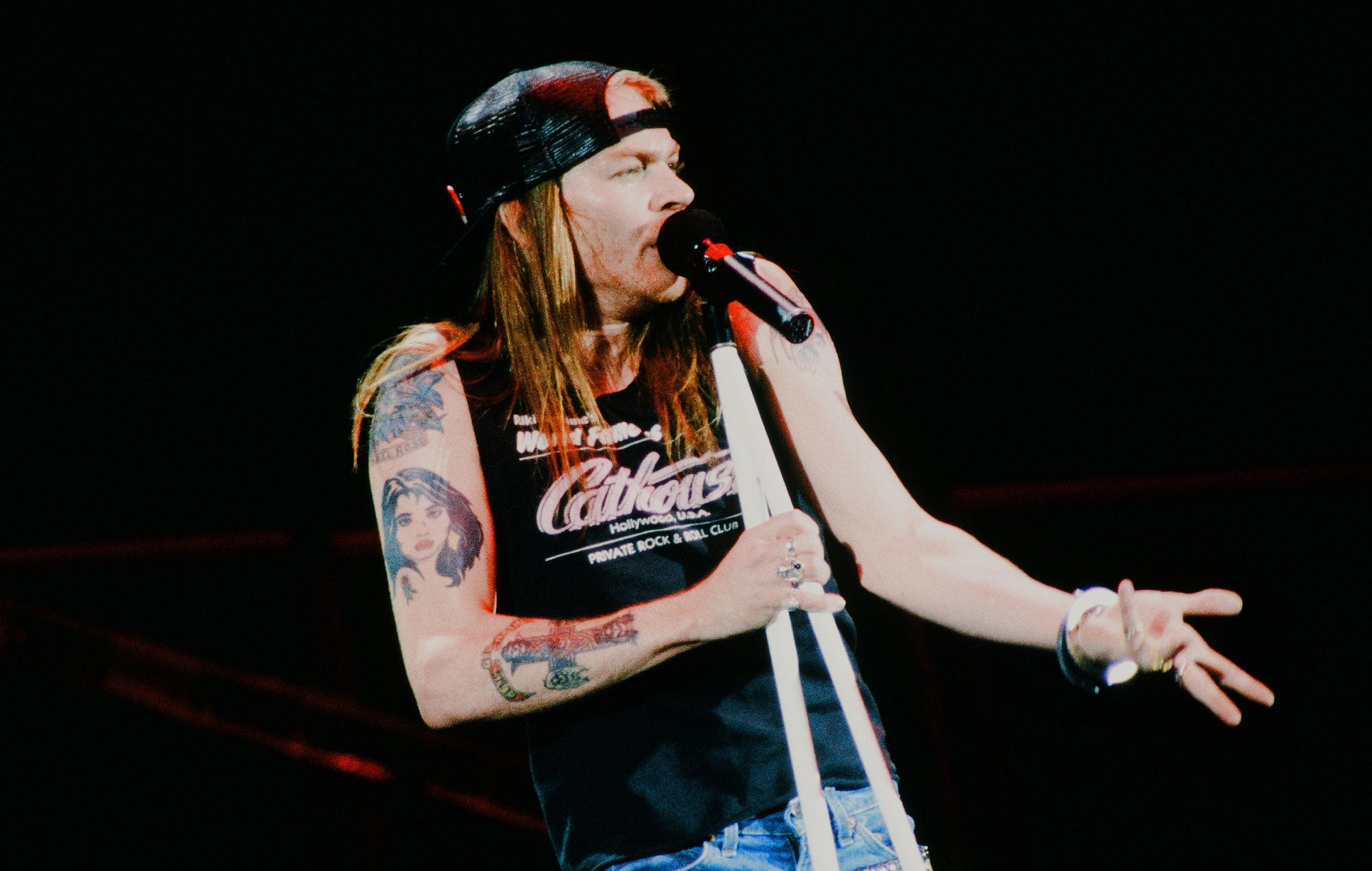 Guns N’Roses have announced the release of a box set edition of ‘Use Your Illusion I + II’.

Set for release on November 11, the “super deluxe” box set features 97 tracks – 63 of which are previously unreleased. It also includes a 100-page book containing unseen photos and images, as well as “a treasure trove of collectibles and archival documents”.

The original studio albums have been remastered in full for the first time ever as part of this box set, which also comprises live versions of many of these tracks alongside older hits such as ‘Welcome To The Jungle’ and ‘Sweet Child O’Mine’. Some of these were recorded at New York’s Ritz Theatre on May 16, 1991, while others are taken from the band’s concert at the Thomas & Mack Center in Las Vegas on January 25, 1992.

Check out the tracklist for the “super deluxe” 7CD and BluRay release below.

CD 1 – ‘Use Your Illusion I’ (original album remastered)

See information for ‘Use Your Illusion I & II: Limited Edition 4LP Color Vinyl and Zoetrope Turntable Mat’ below:

“‘Use Your Illusion I & II’ are packaged together in a limited edition 4LP set, each housed in a premium tip-on gatefold jacket with a 12″x12″ insert and feature both original studio albums fully remastered for the first-time ever from high-resolution 96kHz 24-bit transfers from the original stereo 1/2-inch analog master tapes,” reads press material.

“Each pressed on 180g heavy-weight audiophile black vinyl as a 2LP set, both ‘Use Your Illusion I & II’ are available separately and each housed in a gatefold jacket with a 12″x12″ insert and feature the original studio album fully remastered for the first-time ever from high-resolution 96kHz 24-bit transfers from the original stereo 1/2-inch analog master tapes. ‘Use Your Illusion I’ includes the debut of the newly recorded ‘November Rain (2022 Version)’ with a first-ever real 50-piece orchestra conducted and arranged by Grammy® Award winner and Emmy Award nominated composer Christopher Lennertz.”

‘Use Your Illusion I + II’, Guns N’ Roses’ third and fourth albums respectively, were originally released simultaneously on September 17, 1991. Building upon the already massive success of 1987’s ‘Appetite For Destruction’ and 1988’s ‘G N’ R Lies’, the albums sold half a million copies combined just two hours after going on sale. ‘Use Your Illusion II’ later entered the Billboard 200 chart at Number One, with ‘Use Your Illusion I’ just behind at Number Two.

‘You Could Be Mine’, the lead single from ‘Use Your Illusion II’, was featured in Terminator 2: Judgement Day, but actor Robert Patrick recently revealed that he had tried to suggest a Nine Inch Nails song for the film instead. Speaking to The Guardian, he recalled director James Cameron rejecting his idea on the basis that Arnold Schwarznegger, who played Terminator, preferred Guns N’Roses.