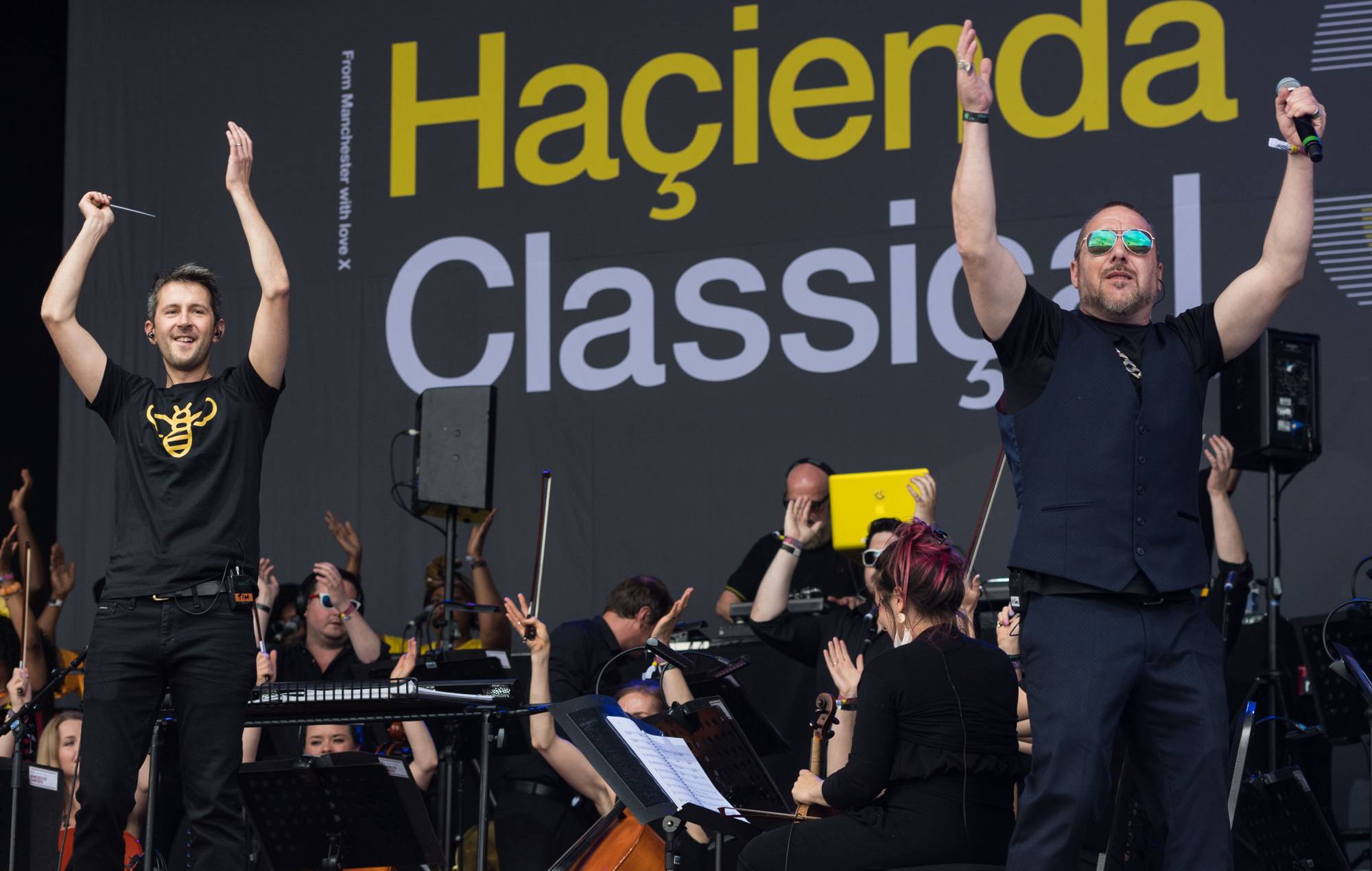 Haçienda Classiçal has announced a string of new UK dates for 2021 – check out the full schedule below.

The live project sees DJs Graeme Park and Mike Pickering join forces with the Manchester Camerata Orchestra to give anthems once played at the legendary Haçienda nightclub a classical spin.

It has today (March 29) been confirmed that Haçienda Classiçal “plus special guests” will take to the stage for headline performances in Blackpool, London, Glasgow and Manchester later this year.

“After a year of frustration, I’m excited that Haçienda Classical is back to thrill the nation with positivity and love,” said Park.

“I’ve never been more ready to return to the stage with the whole crew to share the joy with some big new songs as well as some massive favourites too. I’m pretty sure the country is ready to share the love too.”

General tickets go on sale at 10am on April 8, and you can register for a pre-sale on April 7 here. A previously-announced performance at Manchester’s Sounds Of The City in September has now sold out.

The full schedule is as follows:

Speaking to NME about Haçienda Classiçal back in 2017, Hook said: “We all come together to celebrate [The Haçienda] in the classical world and it’s quite interesting using the orchestra.

“People love performance. It amazes me, even now, to be able to play concerts after I’ve been playing for 42 years. People still love music and music being performed.”