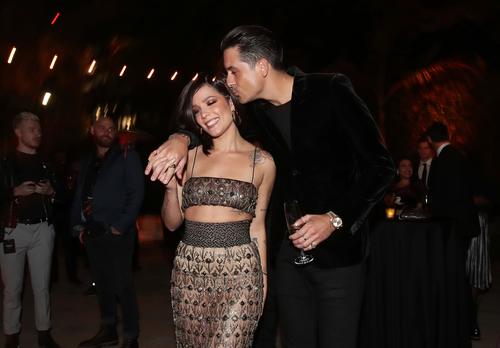 Halsey penned an emotional raw and ultimately powerful poem that she delivered at the recent Women’s March that went down in New York City, and now, she wants Donald Trump to give it a listen.

The singer, who is currently dating rapper G-Eazy, was asked a few questions by a TMZ photog and, when he commented on her poem and how heartwrenching it was, the singer seemed to be deeply appreciative his reaction to her work. Towards the end the video, she was (predictably) asked if she had any messages for President Donald Trump, insar as the #MeToo movement is concerned, and her response was simple: “I hope he watches my f**king speech.” Check out all what she had to say below.

Halsey’s speech began with her admitting that, in terms form, poetry would allow her to get her message across the best. “I don’t really know how to do a speech unless it rhymes,” she said, before launching into a bleak recounting how she was sexually abused as a child and how she accompanied a female friend hers to Planned Parenthood after a rape. You can see the full transcript the poem here and check out the video footage her delivering the moving prose below.

Halsey has been a strong advocate for female equality and empowerment in the music industry as late, especially after she called out the Firefly festival lineup makers for skewing too heavily to male performers. You can read all the details on that story here.