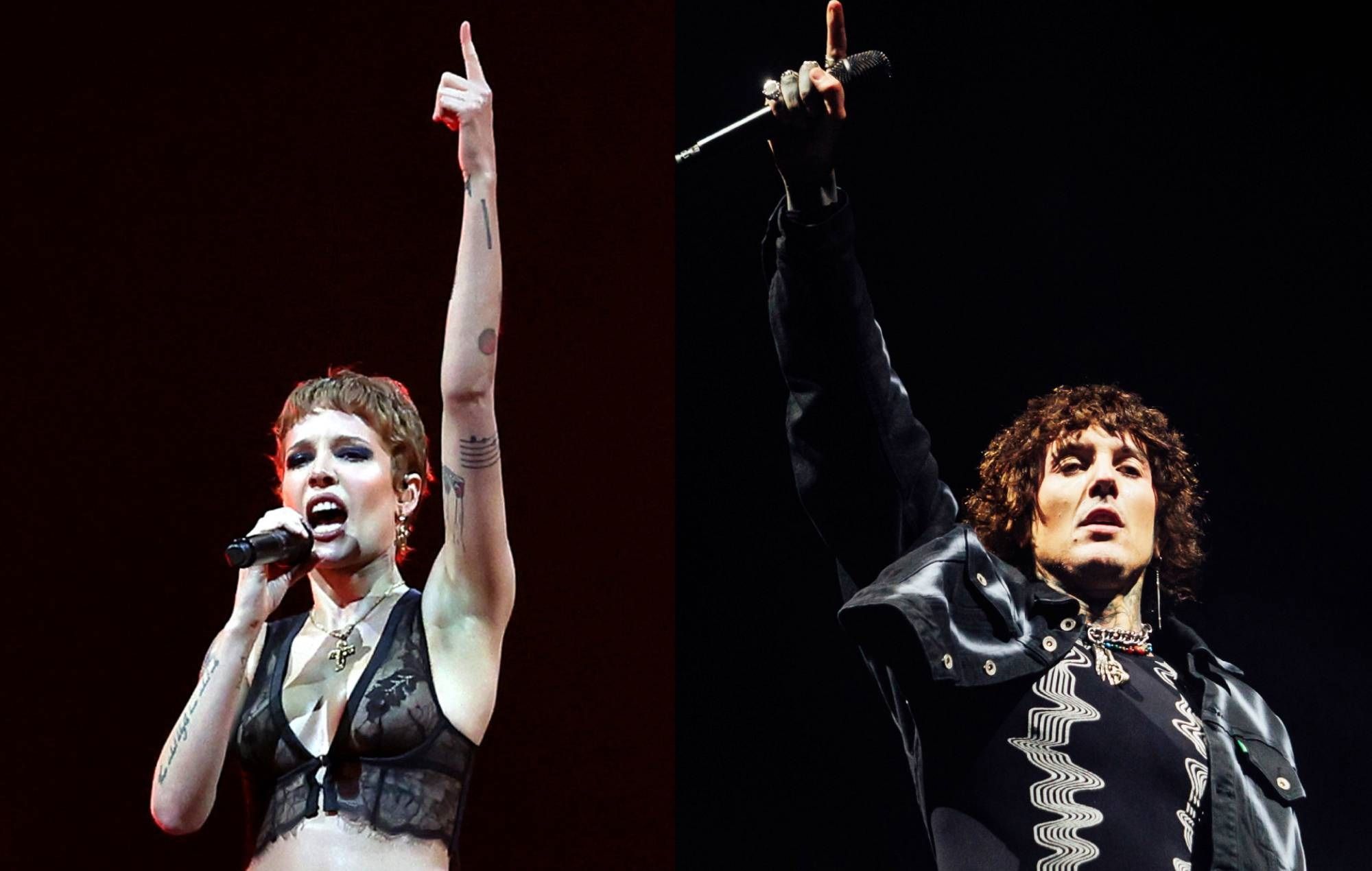 Halsey has revealed that Bring Me The Horizon taught her to “scream on a record”.

Both acts headlined Reading & Leeds 2022 last weekend and have previously worked together on a number of occasions, including on the Birds Of Prey soundtrack.

Speaking to NME about how BMTH taught her to scream, Halsey said: “They coached me through my first time screaming on a record which was really fun. You can’t ask for a better person to coach you through that. Now I do it in the show, live every night, which is awesome.”

The NME Innovation Award winner added: “They’re such great guys. We spent a couple of days in the studio together and we made a couple of songs, and you just wouldn’t believe the range of music we were making. We were in the studio and Jordan [Fish, keys] was coaching me through doing these Justin Timberlake harmonies on a record, and I was like, ‘Dude what?’ And he was like ‘I love music like this’.

“They were having a lot of fun with me I think, as we were getting to write stuff together that Oli [Sykes, frontman] wouldn’t necessarily sing. In most situations I’d walk into a room and say to a producer, ‘Hey I want to make a very futuristic, pop nu-metal song’. They’d look at me and be like, ‘You have to go home’. Whereas the Bring Me guys were like, ‘Let’s do it! Let’s go!’

Last year’s release of ‘If I Can’t Have Love, I Want Power’ saw Halsey reinvent themselves, teaming up with Nine Inch Nails’ Trent Reznor and Atticus Ross to embrace a grittier alt-rock sound.

Speaking about that record, Halsey said: “For a long time I associated rock with angst, and angst with youth. When I was making this record I was 26 and I was pregnant. I was mourning losing my youth and almost thinking to myself that’s almost passed me by, [like] I’ve missed the boat on getting to create a record like this. I was thinking, ‘Am I entitled to angst’?

“At first I was like, ‘The answer is no, you’re about to become someone’s mother – you can’t be angsty, you need to have everything under control’. Then I realised that with maturity, learning more about the world, and learning more about yourself, comes a tremendous amount of angst, and I can continue to grow into my 30s and 40s and still have rock music that is accessible to me.”

Meanwhile, BMTH feature in this week’s Big Read cover story, where they talk about their admiration for Arctic Monkeys and their “crazy journey” to headlining Reading & Leeds