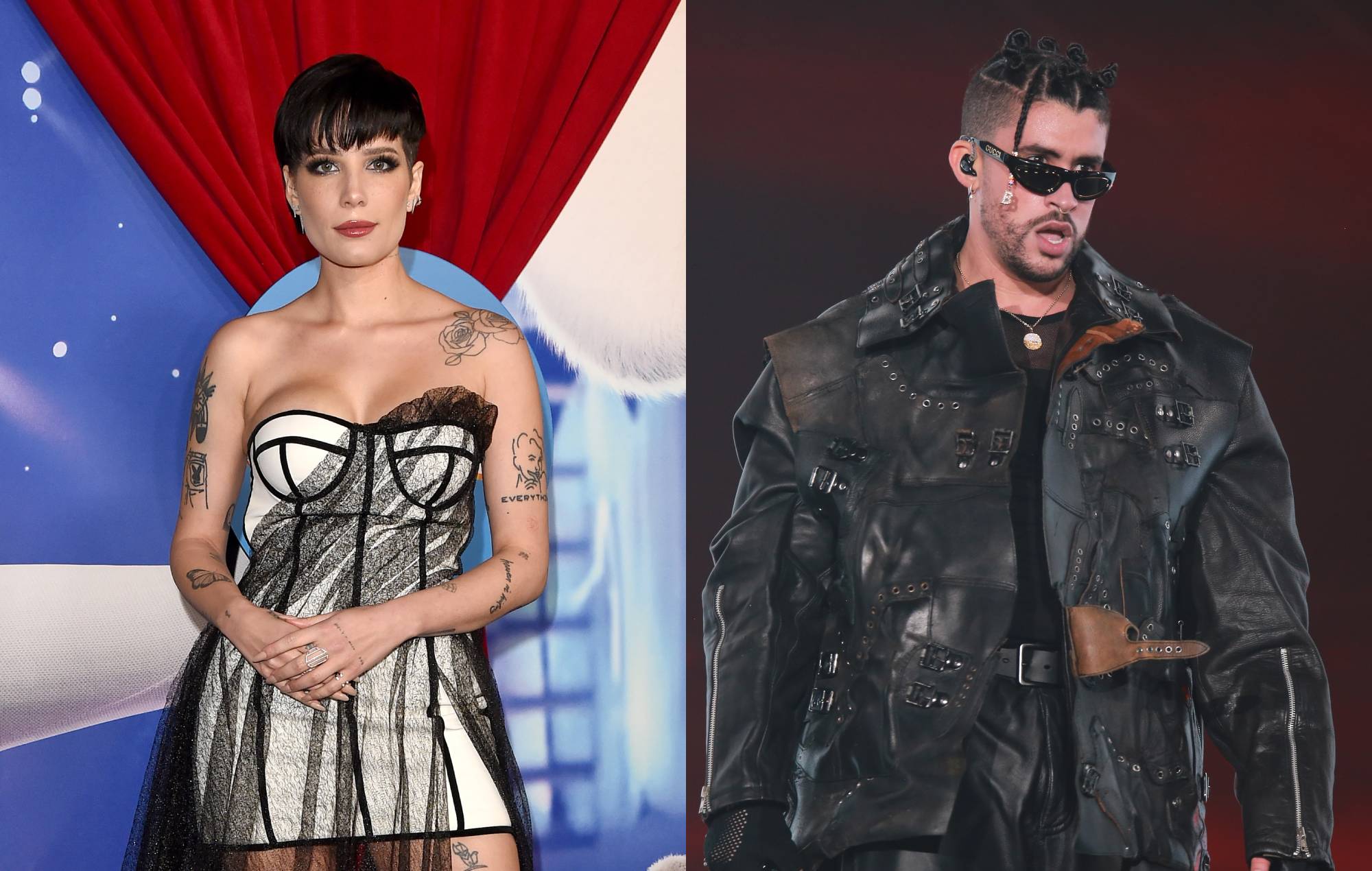 Halsey says that a collaboration with Bad Bunny “has been discussed”

Halsey has revealed that a possible collaboration with Bad Bunny “has been discussed”.

The US singer made the admission while responding to fans on Twitter earlier this week, where the possibility of a link-up with the Puerto Rican artist was broached.

One fan tweeted (in Spanish) “a song with Bad Bunny please I beg you” at Halsey during the discussion, to which they replied: “Honestly? It has been discussed.”

honestly? It has been discussed https://t.co/ULpaNZBmc1

Halsey also discussed their current grasp of the Spanish language, writing: “My speaking has improved significantly. I got through my last trip to Mexico being asked if I was a native speaker.

“They completely realised I am not once I tried to explain myself lol.”

Halsey released an extended edition of their latest album ‘If I Can’t Have Love, I Want Power’ earlier this month.

Speaking to NME about the Trent Reznor and Atticus Ross-produced record back in November, Halsey explained about working with the duo: “First of all, I thought I was writing a letter to Santa being like, ‘I’ve been a very good girl’.

“I was just really honest and said I was a huge fan and I’ve been plagiarising you guys for years – badly – and I’m not arrogant enough to believe that I have anything new to offer you, but this album is about pregnancy, gender identity, body horror.”


Halsey will receive the Innovation Award at the BandLab NME Awards 2022 in March.

Halsey told NME that she “wasn’t expecting” the award and was “very surprised” to be recognised with the nod.

“But it’s really, really awesome – I think you start to get really sad and nervous about how your music connects when you’re not around to bring it to life and to know that it’s still resonating is really, really cool.”