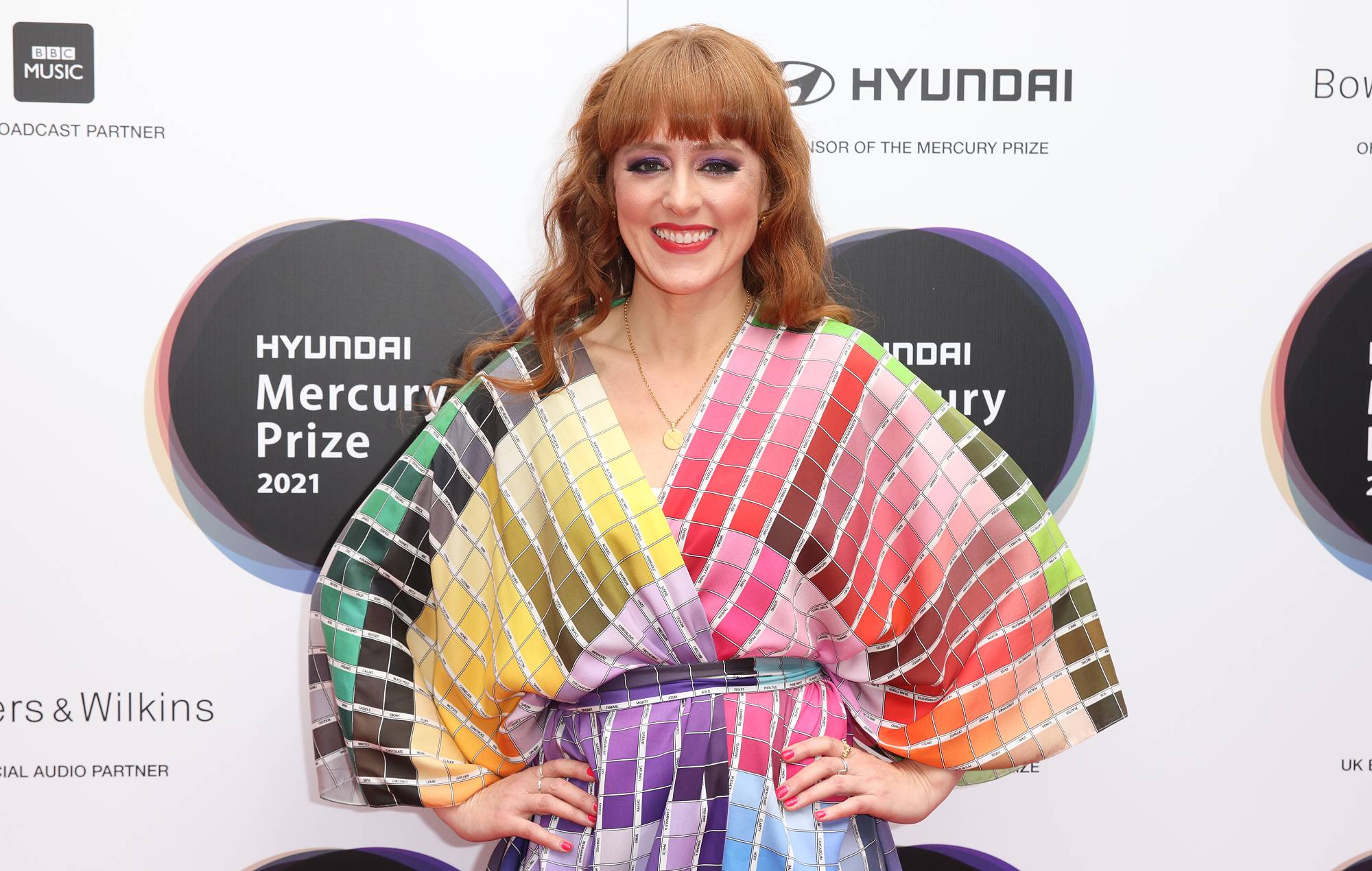 Acclaimed synth-pop pioneer Hannah Peel has spoken out about the importance of inspiring more female artists to make electronic music – as well as the urgency of the music industry needing to act on climate change. Watch our video interview with Peel above.

Peel was speaking to NME on the red carpet of the Mercury Prize 2021, where she was nominated for her acclaimed eighth solo album ‘Fir Wave’, after years of also making celebrated music across the worlds of film, TV and stage soundtracks, as well as work with the likes of The Magnetic North, John Foxx, Philippe Cohen, Beyond The Wizard’s Sleeve and many more.

“I’ve been playing music with other artists, from sessioning to doing my own records, for probably the last 15 years,” she said. “It’s amazing to be here in my own right as a solo artist.”

On why this record in particular caught the hearts and imaginations of so many, she said: “Maybe it just came at a time when people had the time to sit at home and listen to music, listen to the album form, and celebrate those voices that have been unheard. [This album] references a lot of the Radiophonic Workshop and Delia Derbyshire in the ’70s.

“Those unheard voices that were unearthed through archives and have been allowed to breathe has probably touched a lot of people – especially because the record is really forward-looking; it’s not retrospective. It’s about the future and acknowledging our eco-climate and things that are happening right now.”

Peel went on to explain the “massive” influence of women on the world of electronica, and what that means for emerging acts.

“Those artists had a lot to deal with, and were a lot of times ignored,” she told NME. “It’s amazing now that we can celebrate them and actually look forward to inspiring other female artists to make electronic music.”

Peel continued: “I find that electronic music is not cold. It’s full of passion. Those soundwaves are like an orchestra. There is no reason why a synthesizer should be separate from a violin. If you find the right textures they can work. This record has an element of classical orchestration in some sense because it moulds, it shifts and it shapes. It’s not done to BPMs and clicks. It’s very fluid.”

Having been very vocal on the climate crisis, Peel explained how her album also dealt with peril that the environment faces – and how the music industry is not doing enough to help.

“There’s a lot more we could be doing – especially the majors [labels] and the big industry players,” she said. “We all need to do something about it. The big question at the moment is, ‘What can we do?’ It’s easy to say, ‘Let’s try touring a bit differently’, but there are so many other options that could be talked about.

“I’m doing a talk with Brian Eno and Brian Cox on September 23. We’re working with a group called Earth Per Cent, and it’s all about the music industry and how we can make a difference. Like when we had Live Aid, this is one of those moments where we need to join together and make a difference.”

The artist also told us about how she’s already working on a new album which should be out in 2022.

“It’s very different again, like every single Hannah Peel record that’s ever been released,” she said. “I really went to the underground [this time]. I’ve done records that are about space and outer-space with brass bands. I really wanted to go to the opposite of that with deeper levels of the earth; like deep time, our roots and our beginnings.

“This has a very root-y, soul kind of feel. Not ‘soul’ as in music, but the double bass, the cellos, the bassoons and the earthiness mixed with electronic music and sound worlds.”

The Mercury Prize went on to be won by Arlo Parks, beating off competition from the likes of Ghetts, Wolf Alice, Mogwai, Celeste, BERWYN and Laura Mvula.

Peel will be moderating the David Ferguson lecture on music and the climate emergency – with by Brian Eno, Professor Brian Cox and climate scientist Dr Tamsin Edwards – as part of Ivors Week on Thursday September 23. Visit here for more information.