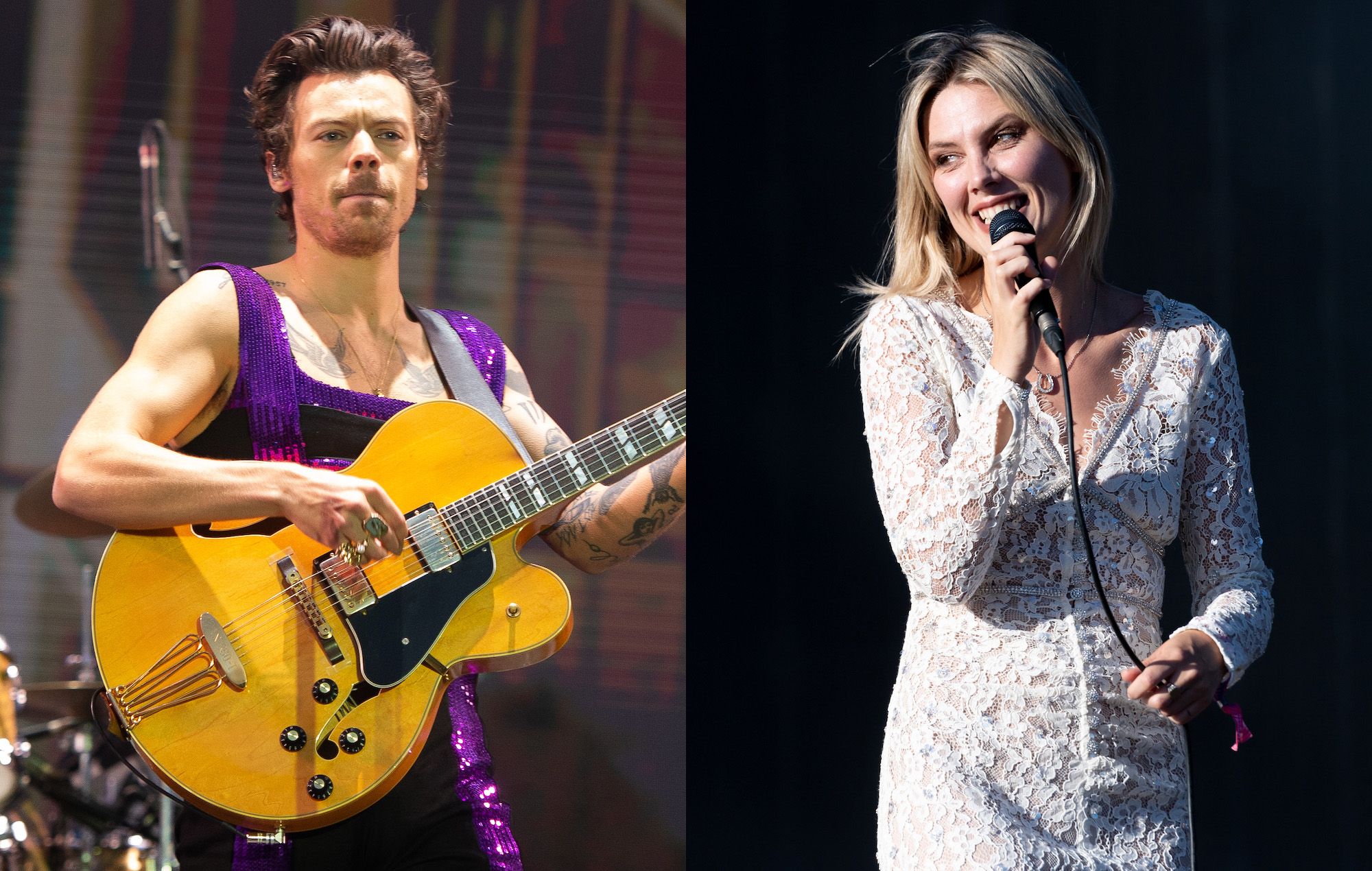 During the last date of his European ‘Love On Tour’ run, Harry Styles brought out Wolf Alice frontwoman Ellie Rowsell to duet on a cover of the opening band’s own song, ‘No Hard Feelings’.

Wolf Alice opened for Styles on all 17 dates of the Euro trek, which wrapped up last night (July 31) in Lisbon, Portugal. Performing to 20,000 fans at the Altice Arena, the former One Direction member welcomed Rowsell to the stage during an extended encore.

The ‘No Hard Feelings’ cover sat in the middle of the five-song showcase, sandwiched between ‘Fine Line’ favourite ‘Watermelon Sugar’ and recent smash-hit ‘As It Was’ (which was recently named the biggest single of the year).

‘No Hard Feelings’ initially appeared as a single on Wolf Alice’s third studio album, ‘Blue Weekend’, which the band dropped last June via Dirty Hit. The album itself earned a five-star review from NME, with Rhian Daly calling it “the group’s most cohesive listen, [which] keeps intact the restless spirit that makes their work so unpredictable and exciting”.

Have a look at fan-shot footage of Styles performing ‘No Hard Feelings’ with Rowsell below, then check out the full setlist:

can’t believe harry styles got to sing with the ellie rowsell!!
pic.twitter.com/95h0KcvZya

With the European leg of Styles’ ‘Love On Tour’ now completed, the singer-songwriter has his sights set on a sprawling North and South America leg that will run from mid-August into December. He’ll follow that up next February with the last stint of the tour, bringing it to Australia and New Zealand.

The tour comes in support of Styles’ own third album, ‘Harry’s House’, which landed back in May to a four-star NME review. Last week, it was shortlisted for this year’s Mercury Prize, while the track ‘Music For A Sushi Restaurant’ found a spot on Barack Obama’s annual summer playlist.

Also this year, Styles will star in Olivia Wilde’s psychological thriller Don’t Worry Darling – the second trailer for which dropped last month – and the romantic drama My Policeman. He’s also said to be eyeing a return to the Marvel Cinematic Universe, where he debuted as Eros in last year’s Eternals.

Meanwhile, Texas State University recently announced it will offer a course on the work of Harry Styles. The honours course, titled ‘Harry Styles And The Cult Of Celebrity: Identity, The Internet And European Pop Culture’, will start in the spring of 2023.