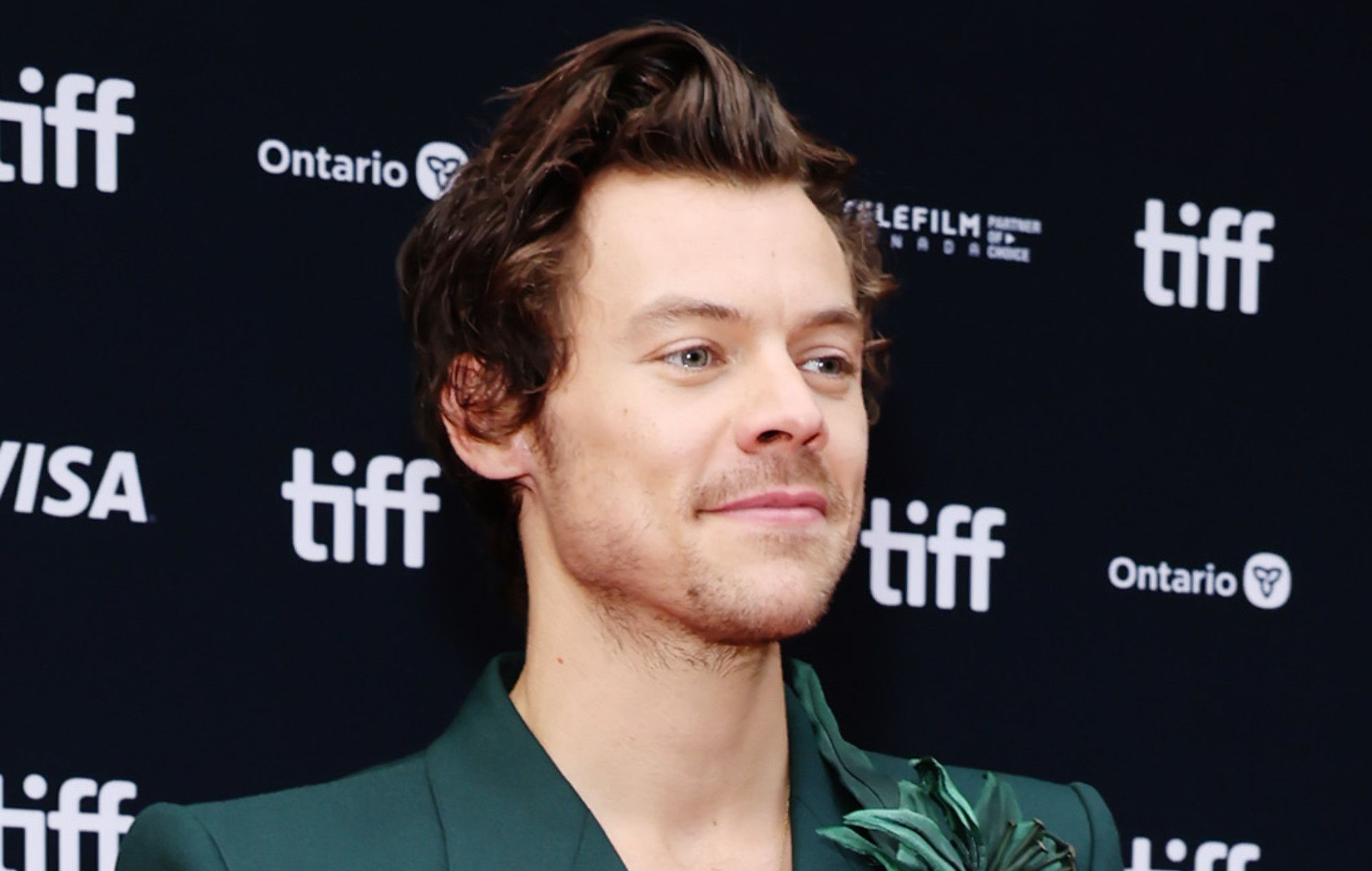 At its Toronto Film Festival premiere, Harry Styles described the central theme of his new film My Policeman as “wasted time”.

The Michael Grandage-directed film (based on the novel by Bethan Roberts) sees Tom (Styles), a 1950s English policeman, enter into a love triangle with his lover, museum curator Patrick (David Dawson) and wife, schoolteacher Marion (Emma Corrin). Flashing forward to the 1990s, the trio (played by Linus Roache, Rupert Everett and Gina McKee, respectively) attempt to repair their interpersonal damage from 40 years prior.

Styles attended the My Policeman premiere at the Toronto International Film Festival last night (September 11). There, the pop-star-turned-actor shared one of his biggest takeaways about the film – that its concept is about people not making the most of their lives. “The reason why the story is so devastating is that, ultimately, the whole story is about wasted time, and I think wasted time is the most devastating thing,” Styles said (via The Hollywood Reporter) in a press conference ahead of the film’s screening.

He continued to add that the film’s themes of “love and freedom” were “incredibly timeless”, opining: “I think the most beautiful thing about the story is that all of the characters have some really nice qualities, and they also have some flaws that we might hope not to have but, as humans, we all have them.

“And I think, at different points in the story, you’re able to see bits of yourself and sometimes maybe not your favourite parts of yourself in different characters. And I think that’s why it kind of resonated with me so much.”

Grandage – a gay man born in the period My Policeman is set in – added that he felt the gains made by the LGBTQ+ community since the 1950s has today become fragile once again. “I think this will alert people, hopefully even educate people and certainly remind people, that if you let it be fragile and let it go backwards, this is where you get to,” he said. “You get to a place where people cannot be themselves and cannot be free.”

My Policeman is set to have its European premiere at the London Film Festival on October 15 before being released in cinemas on October 21. It will be available on Amazon Prime Video from November 4.

Styles’ observations on My Policeman come just a week after he appeared at the Venice Film Festival alongside his fellow Don’t Worry Darling cast members. There, Styles came under scrutiny after a clip was shared across social media that many viewers believed showed Styles spitting on co-star Chris Pine.

Representatives for both stars then denied the incident took place. “This is a ridiculous story – a complete fabrication and the result of an odd online illusion that is clearly deceiving and allows for foolish speculation,” Pine’s representative said.

“Just to be clear, Harry Styles did not spit on Chris Pine. There is nothing but respect between these two men and any suggestion otherwise is a blatant attempt to create drama that simply does not exist.”

Making a return to the stage on September 7, Styles then joked about the clip during his Madison Square Garden concert: “It’s wonderful, wonderful, wonderful to be back in New York. I just popped very quickly to Venice to spit on Chris Pine.”