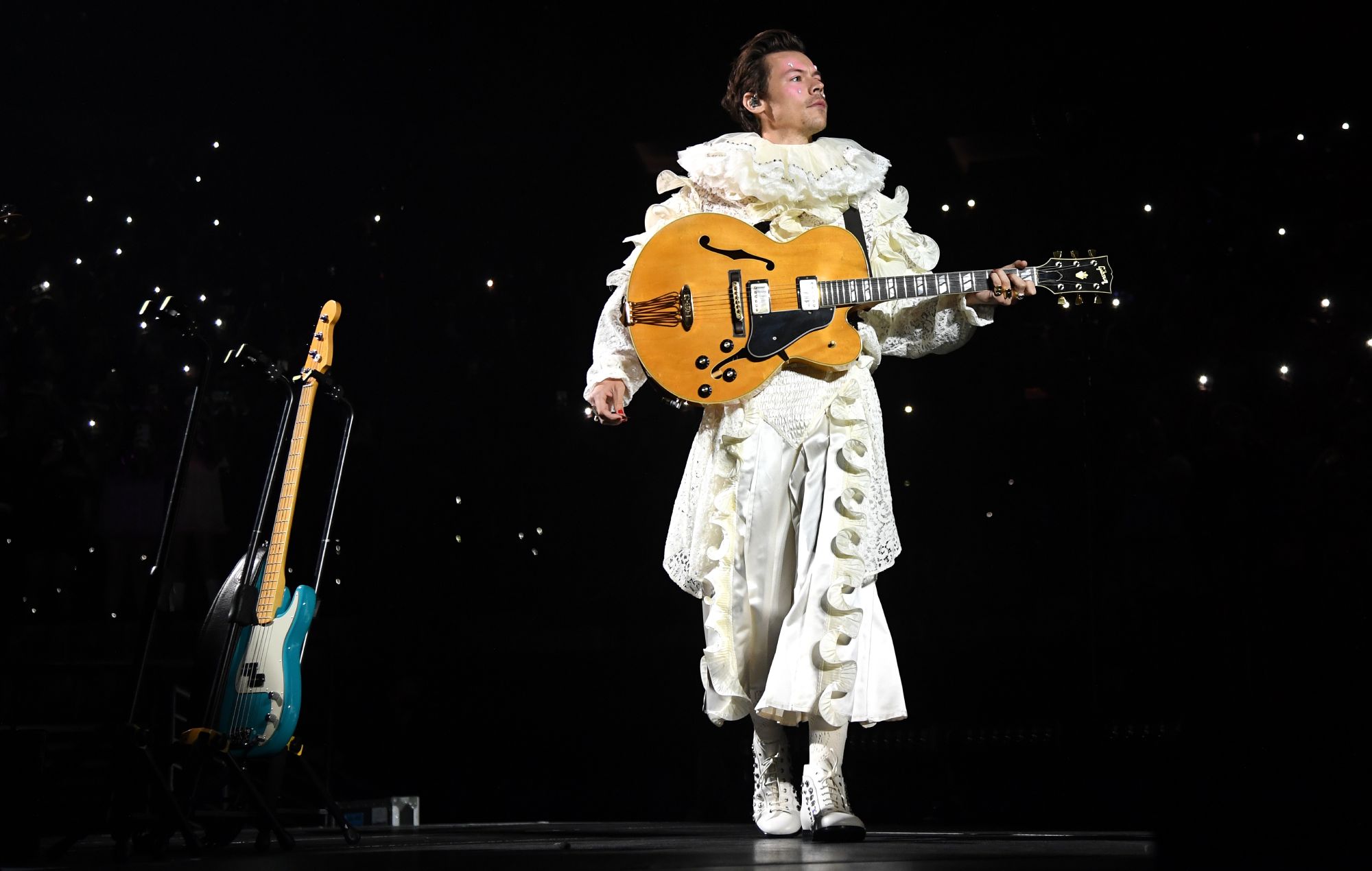 Harry Styles was given a banner at the end of his sold-out, 15-night run at Madison Square Garden in New York City last night (September 21).

The soloist became the third musician to have a banner raised at the venue – a surprise gift that was presented by US TV host Gayle King.

To celebrate the end of his residency, the banner was raised to the rafters. According to Rolling Stone Styles wept openly, telling the crowd: “Any time that you come to Madison Square Garden and you see that, remember it’s because of you. That is ours.”

He added: “I’m gonna come back when everyone is gone, and just sit and look at that for a while.”

The newest banner was raised to the rafters tonight in celebration of @Harry_Styles’ 15 consecutive nights of “Love on Tour” at the Garden! pic.twitter.com/MhxgjDl31q

Styles is now the third music artist to have a banner hanging in the Garden rafters. Billy Joel has two of them – one for his 129 shows there and another for the 83 shows of his long-running monthly residency. Phish, meanwhile, received their banner in 2017 after their record-setting Baker’s Dozen stay where they didn’t repeat a song for 13 sold-out nights in a row.

At last night’s closing concert Styles brought out his support act, Blood Orange’s Dev Hynes, to perform ‘Matilda’ with him. Hynes played cello. “In my opinion he is one of the most important musicians, artists, of our generation,” Styles told fans.

Elsewhere, Styles surprised the audience with ‘Ever Since New York’, which he hasn’t performed live in four years.

The former One Direction bandmember has continued to break records on the Billboard chart this month, with ‘As It Was’ hitting Number One for a 14th week.

The ‘Harry’s House’ lead single, which was released in April, is currently in the top spot on the Billboard Hot 100 songs chart in the US.

In turn, it ties as the fourth longest reign in the Billboard Hot 100’s 65-year history alongside hits including ‘Uptown Funk!’ (by Mark Ronson and Bruno Mars), ‘I Gotta Feeling’ (Black Eyed Peas) and ‘I Will Always Love You’ (Whitney Houston), all of which spent 14 weeks in the top position (via Billboard).