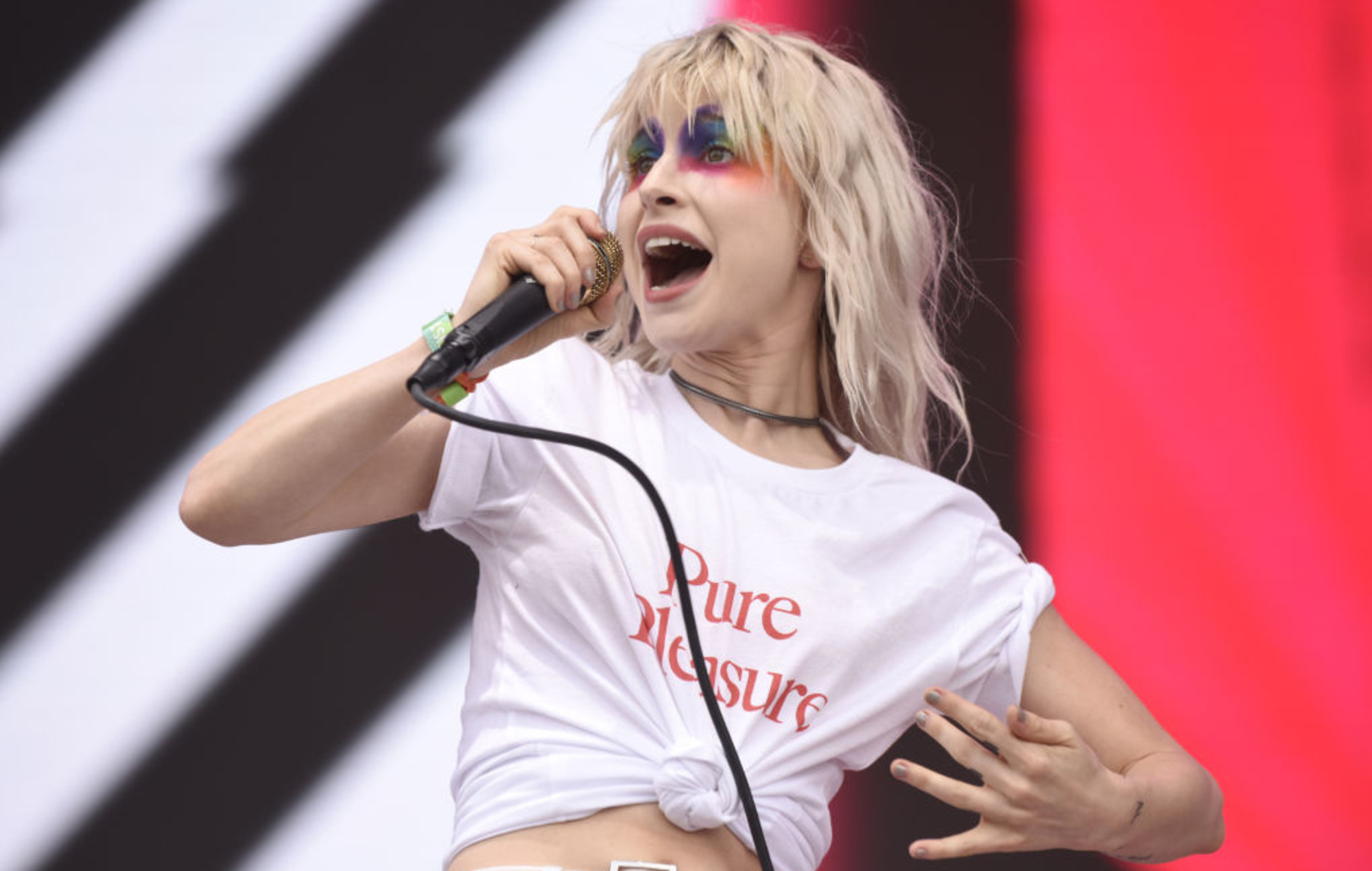 Hayley Williams has shared a behind-the-scenes video for her track ‘Sugar On The Rim’ – you can watch it below.

The song appears on the Paramore frontwoman’s debut solo album ‘Petals For Amor’. “Pulsing and stuttering, ‘Sugar on the Rim’ sounds like a bassy dance thumper blasting from the hefty speakers of a rapidly speeding car,” NME wrote in a four-star review.

Williams has now posted an official video for the track, which finds the musician recording in the studio and lounging around her home. The lyrics, meanwhile, are presented across the bottom of the screen.

At the top of the self-shot clip, Williams motivates herself to get out of bed and complete ‘Sugar…’: “If you finish this song today you can take a bath, read a book, go on a walk, go out to dinner… Or you can maybe go to the studio and see what those bozos are doing today.”

Last month, ‘Petals For Amor’ cut ‘Dead Horse’ was given a glitchy rework by Hot Chip. Glass Animals had previously remixed the song, while Caroline Polachek also shared her own rendition of ‘Simmer’ in March.

Speaking to NME for her Big Read cover feature in May, Williams discussed her hesitance to express personal issues through her new material, with ‘Dead Horse’ focusing on her relationship with ex-husband Chad Gilbert.

“I did not want to write about my past that way,” she said. “I really didn’t. I’ve never had a problem singing about the things that make me mad. I’ve done that with Paramore our whole career, but I’ve learned how to articulate it in different ways as we’ve grown up.”

Meanwhile, Williams has recently revealed her top five Paramore songs. The top spot was taken by ‘Told You So’, which appears on 2017’s ‘After Laughter’.