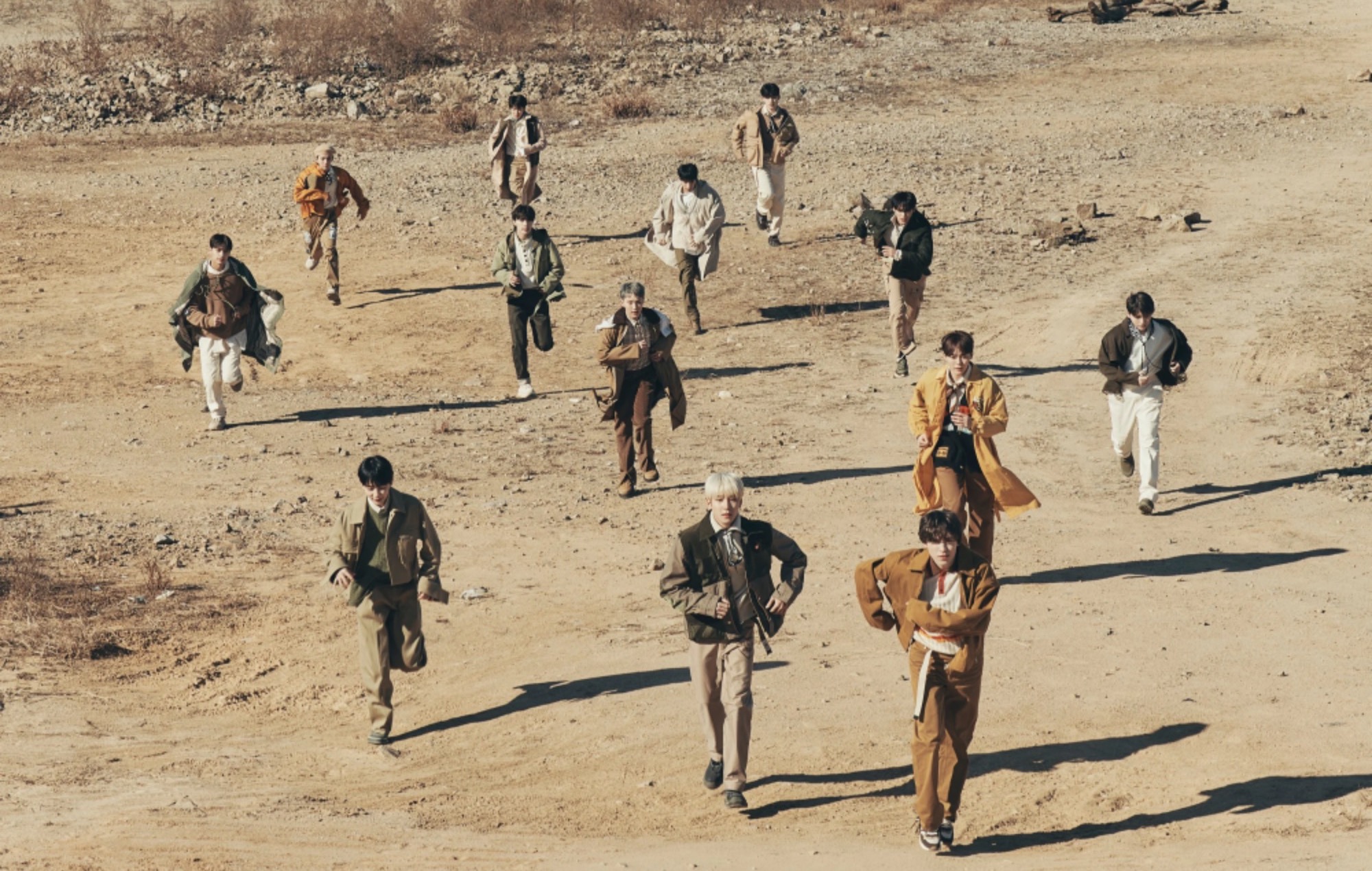 SEVENTEEN have teamed up with English singer Anne-Marie for a new version of the group’s latest title track, ‘_World’.

The song landed today (August 26) at 1PM KST/12AM ET. Anne-Marie contributes a new English verse, singing: “I’m looking at you / Can’t take my eyes off / I don’t know what I feel but it’s feeling illegal / So come over here, I don’t wanna spiral / And I don’t want no attention from no other people.”

Last month, the two artists hinted at a collaboration following a conversation on Twitter. Members Hoshi, The8 and Vernon posted a video of themselves dancing to Anne-Marie’s latest release, ‘I Just Called’, with the caption “WE’RE LOOKING AT YOU”.

Anne-Marie later responded to the tweet with “Can I join you in your new world?”, to which the group replied with “Let’s start your interview”.

SEVENTEEN recently made an appearance on the late-night talk show Jimmy Kimmel Live!, where they staged a performance of ‘Hot’, the title track of their fourth studio album ‘Face The Sun’. This performance, however, did not include member Dino who had contracted COVID-19.

The group are currently on a tour of North America as part of their ongoing ‘Be The Sun’ world tour. So far, SEVENTEEN have staged performances in Vancouver, Seattle, Oakland, Los Angeles and more, with upcoming stops in Washington D.C., Atlanta, Belmont Park, Toronto and Newark till early September.

The ‘Be The Sun’ concert series kicked off with a two-night residency in Seoul’s Gocheok Sky Dome, and is set to commence its Asia leg in mid-September.