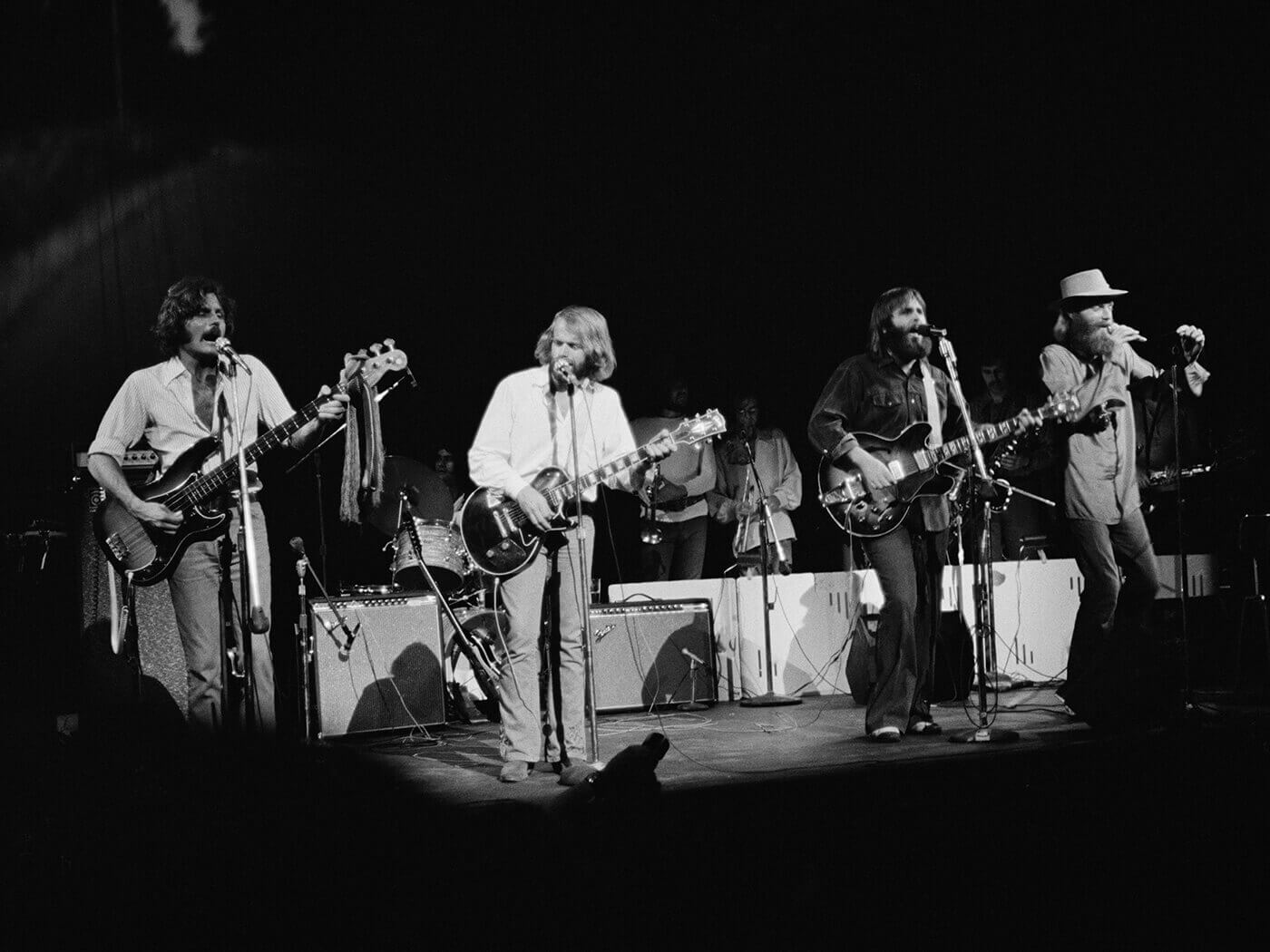 The Beach Boys have shared two previously unreleased tracks, taken from their upcoming box set Feel Flows – The Sunflower and Surf’s Up Sessions 1969-1971.

The set will contain 135 tracks, 108 of which are previously unheard versions. The tracks include new studio recordings, new live recordings, alternate mixes, and isolated a cappella and instrumental tracks.

Two more of these tracks have been released ahead of the set, following a live version of “Susie Cincinnati” and an early version of “Big Sur”. The new songs are an a cappella version of “Surf’s Up”, the closer to the 1971 record of the same name, and a remixed version of “This Whole World”.

The a cappella “Surf’s Up” showcases the band’s “impeccable” vocal harmonies, with a lead vocal for the second half of the song recorded in 1966 for the band’s Smile sessions. The rest of the vocals were added in 1971.

The new version of “This Whole World” was created for the new box set. It features an alternate lead vocal take from Carl Wilson, a lead vocal part from Brian Wilson on the bridge that wasn’t used on the original, and an alternate ending originally recorded for an Eastern Airlines advert that the group appeared in briefly.

The advert featured the song under narration from Orson Welles. This new ending has never been heard anywhere since the commercial was broadcast in 1971.

The full set arrives in full on August 27. Hear the two new tracks below.