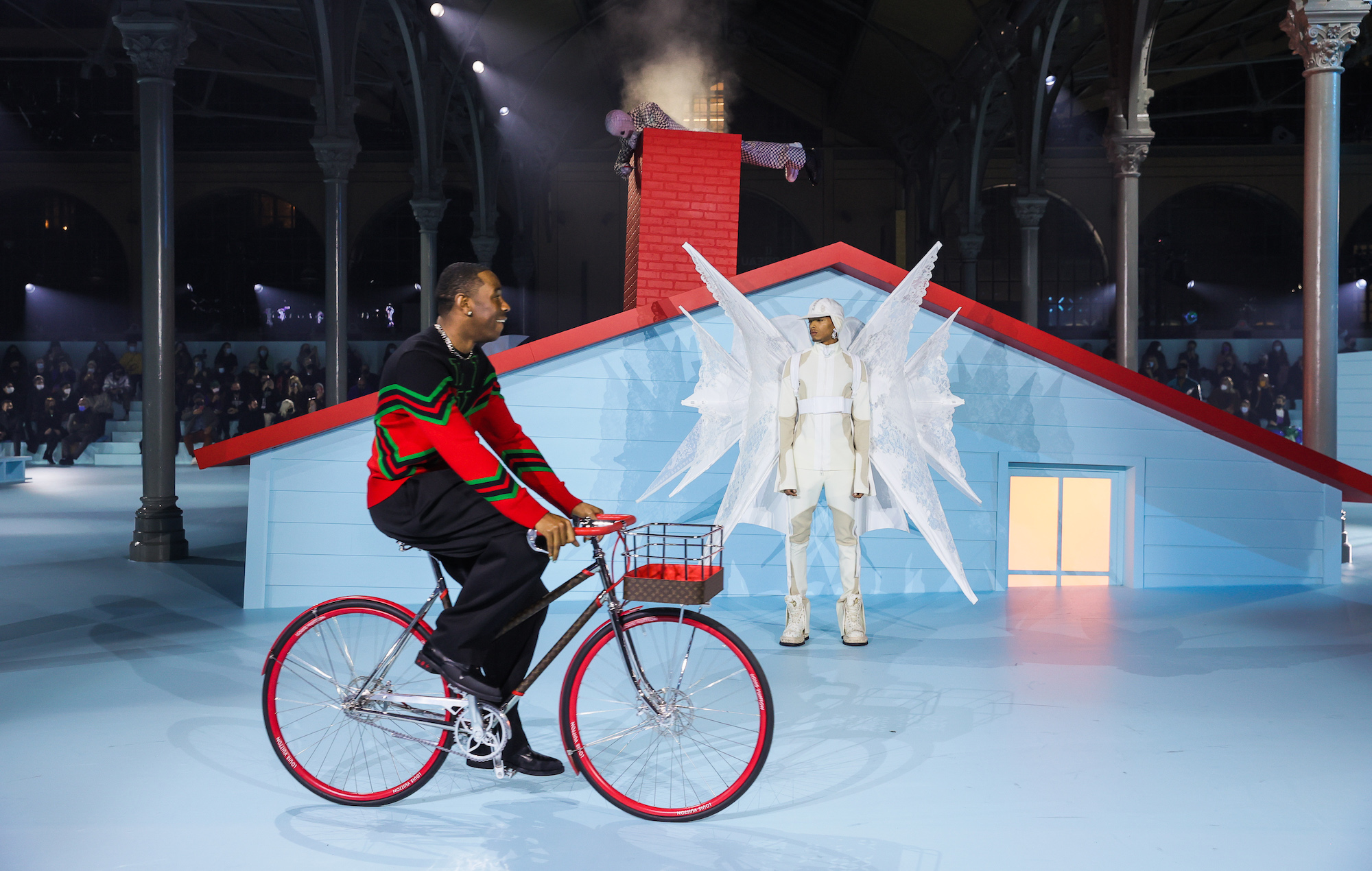 Tyler, the Creator scored a Louis Vuitton fashion show put together by the late Virgil Abloh – watch the full show from Paris this week below.

The Men’s Fall-Winter 2022 fashion show was held at the Carreau du Temple this week (January 20), and ended with Tyler making an appearance himself, riding down the catwalk on a bicycle.

A synopsis for the new collection said: “The ????? Dreamhouse™️ presents the Men’s Fall-Winter 2022 Collection, consolidating the themes and messages of the eight-season arc Virgil Abloh created for Louis Vuitton. Imagining a metaphysical space of possibility, the Carreau du Temple in Paris is transformed into a mind-expanding interior of ideas, prospects and encouragement.

“Through the lens of Virgil Abloh’s central Boyhood Ideology®, seeing the world with the eyes of a child, the collection transmutes the dress codes popularly tied to societal archetypes and patchworks them in new ways. Through materials and techniques, gestures of surrealism take form, abstracting the familiar and expanding our horizons.”

Watch the full show below.

Virgil Abloh died on November 28 last year after battling an aggressive form of cancer for over two years. “Virgil was not only a genius designer, a visionary; he was also a man with a beautiful soul and great wisdom,” said LVMH chairman Bernard Arnault in a statement confirming Abloh’s passing. Abloh had been the artistic director of Louis Vuitton’s menswear line since 2018.

The death of Abloh – who collaborated extensively with Kanye West as a creative director and also worked on visual design elements for the likes of Lil Uzi Vert and Westside Gunn – was met with an outpouring of tributes from the world of music, fashion and culture.

West dedicated an edition of his Sunday Service livestream to Abloh, with the Sunday Service Choir performing a cover of Adele‘s ‘Easy On Me’ in tribute. Others who paid tribute to Abloh included Drake, BROCKHAMPTON‘s Kevin Abstract, Bon Iver‘s Justin Vernon and more.


Following Abloh’s death, Tyler, the Creator shared a lengthy statement paying tribute to the designer. He wrote: “Sir Abloh was a true geek about things. Passion seeped through everything he did. Whether a random set of songs we’ve never heard or what pantone the wing of a plane should be, he always meant it.

“Sometimes, part of us sharing our wild ideas is to get approval from our peers to keep it pushing, but Virgil was ALWAYS a cheerleader. For everyone. That hand of his opened doors, lead people in and tossed the keys outside for the next person to have.”