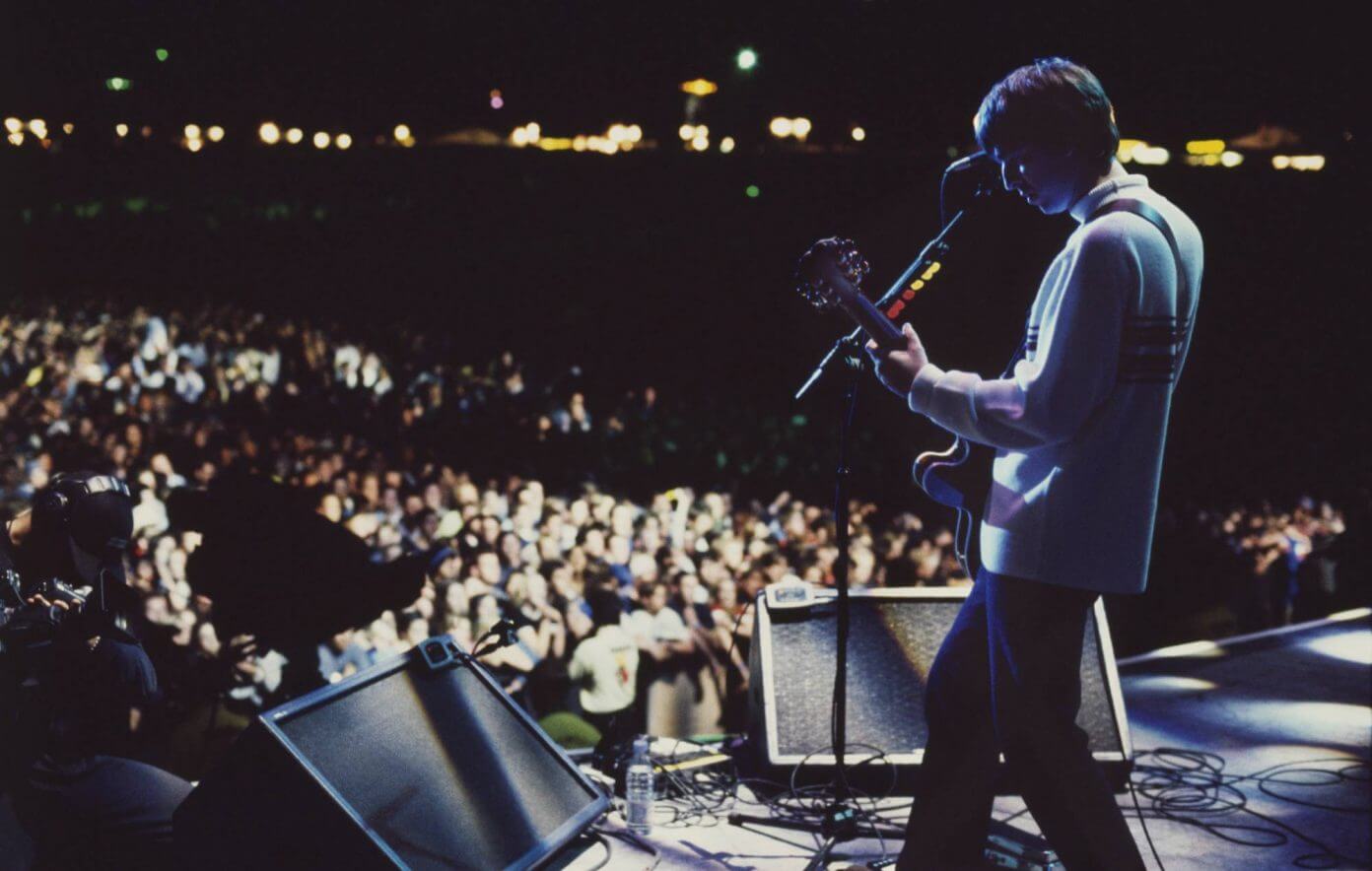 A new, never-before-seen clip of Oasis playing at Knebworth in August 1996 was released yesterday (September 2).

The clip shows the group performing “Live Forever” during their iconic performance at the event. Last month marked 25 years since the first of Oasis’ two outdoor gigs at Knebworth, which were witnessed by over a quarter of a million music fans from all over the world.

The footage is taken from a new Jake Scott-directed documentary about the two Knebworth shows, which is set to be screened in cinemas worldwide from September 23. The documentary tells “the story of that weekend and the special relationship between Oasis and their fans that made it possible”.

The footage of the group also features new commentary from Noel Gallagher, who reflects on how the song changed Oasis’ career.

A synopsis for the film reads: “Directed by Jake Scott from extensive concert and exclusive never before seen footage, this is a joyful and at times poignant cinematic celebration of one of the most important concert events of the last 25 years.

“It is told through the eyes of the fans who were there, with additional interviews with the band and concert organisers.”

Tickets to cinema screenings of the film are available to buy here.

A new Oasis Knebworth 1996 live album, as well as a DVD/Blu-Ray of the film, will also be released later this year.

Set to be released via Big Brother Recordings Ltd on November 19, physical formats include a Super Deluxe Box Set (which features triple LP, 2xCD and triple DVD) plus replicas of the original gig memorabilia which will be exclusively available from the band’s online store. Pre-order is available here.